Staff at Calgary bars and restaurants are gearing up for a potential spike in business as the Flames take on the Edmonton Oilers in Round 2 of the Stanley Cup Playoffs.

The series kicks off on Wednesday with a visit from the Oilers, and you will inevitably see fans flocking to local watering holes to watch the matchup.

Devin Peterson is the operating manager for Calgary’s Whiskey Rose Saloon, a live music venue on 17th Avenue SW that opened in December 2021 amid the COVID-19 pandemic.

The bar faced eight weeks of restrictions when it opened its doors, but now Peterson says they’re seeing a boom in business.

“There are big pockets of Edmonton fans already in Calgary that are looking for Edmonton games, and now we can accommodate that with a Calgary game,” he said.

He’s hoping the further the Flames push into the postseason, the more the business will prosper.

“We have an upstairs too,” he said. “So the first thing we did after the game-winning goal yesterday was get on the phone and order a whole bunch of TV’s so we can have viewing parties upstairs.” 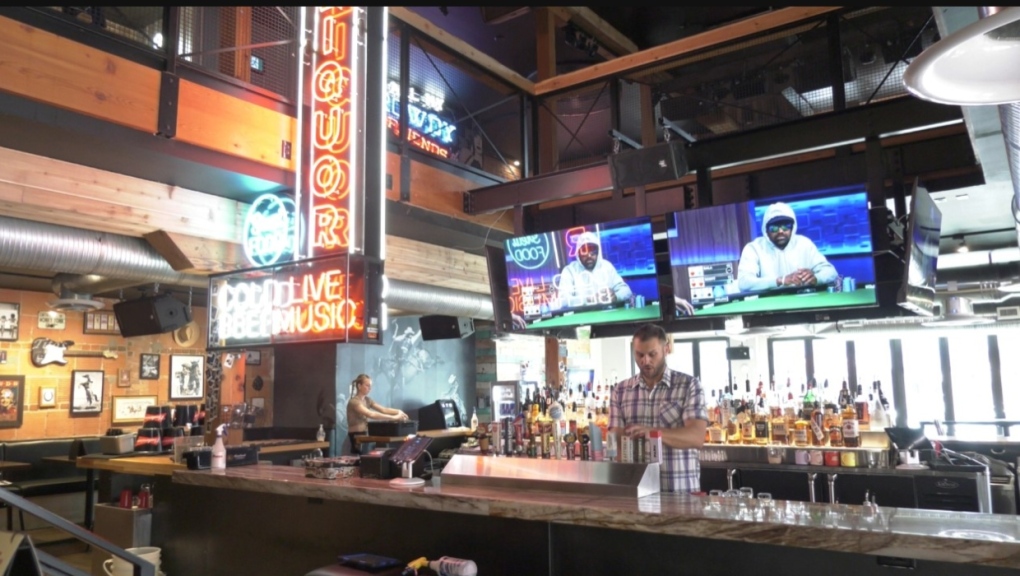 Inside Calgary’s Whiskey Rose Saloon, a live music venue on 17th Avenue SWThe Calgary Chamber of Commerce each playoff game in the city says brings in about $3 million in revenue.

The mayors of Calgary and Edmonton are throwing their support behind their respective home teams ahead of the long-awaited return of a playoff version of the storied Battle of Alberta.

Mayor Jyoti Gondek announced Monday afternoon that she had agreed to a friendly wager with Mayor Amarjeet Sohi, her counterpart in Edmonton, ahead of the Flames-Oilers Pacific Division finals series.

Gondek says the mayor of the city that loses the series will wear the victorious team’s jersey and full facepaint in the colors of their rival.

The provincial rivals last met in the playoffs 31 years ago during the 1991 Smythe Division Semifinals, in which the Oilers defeated the Flames on an Esa Tikkanen goal in overtime in Game 7.

WHO DOES THE PREMIER WANT TO WIN?

Premier Jason Kenney, who is in Washington DC for meetings, was quizzed by CTV News Washington Bureau Chief Richard Madan on who he will support.

Kenney laughed off the question, saying “I’m from Calgary,” before adding “The whole province is going to get into this thing, and I just hope one of them emerges and wins the Stanley Cup.”