A new yoga studio near Perth is gaining popularity with the 55+ crowd, offering an active aging program that gets participants active as well as socially connected.

McDonald’s Corners resident Pat Fletcher says the program is exactly what she needed.

“I have been cooped up in the house for over two years doing pretty much nothing,” she said. “I saw the website and I thought I’ve got to do something.”

In her sixties, Fletcher has been enrolled in the class for three weeks and has already noticed a difference.

“I feel so much, I guess more activated, or more energy after the class and I’m able to move a little bit easier now,” she added. 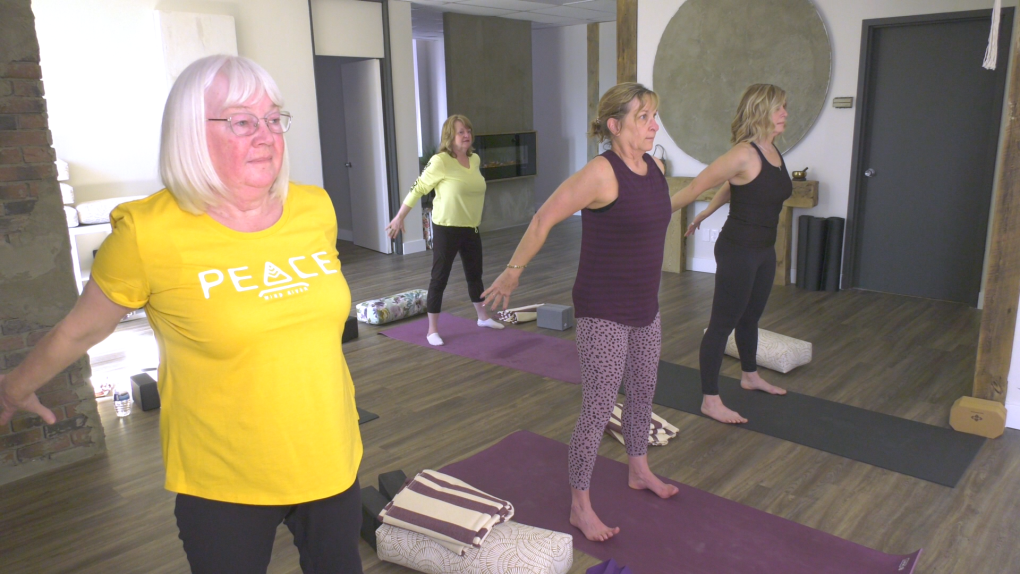 tula yoga co-owner and instructor Debbi Neill says sometimes yoga is defined as a younger activity, which is not the case.

“We’re not doing any crazy twists and turns here, we’re just trying to move the body the way the body wants to be moved,” Neill said before a class on Wednesday.

“I think there’s a lot of intimidation with the older demographic coming into a yoga setting, so we’re trying to get rid of those barriers, bring people in, start them where they’re at on the mat,” she added.

She created the program after realizing there was a void for those 55 and older who wanted to check yoga out.

“I’ve been in the health and fitness industry for a little over 20 years and I love working with unique populations,” she said.

Her studio in Balderson is small, located directly above the Balderson Village Cheese Store. 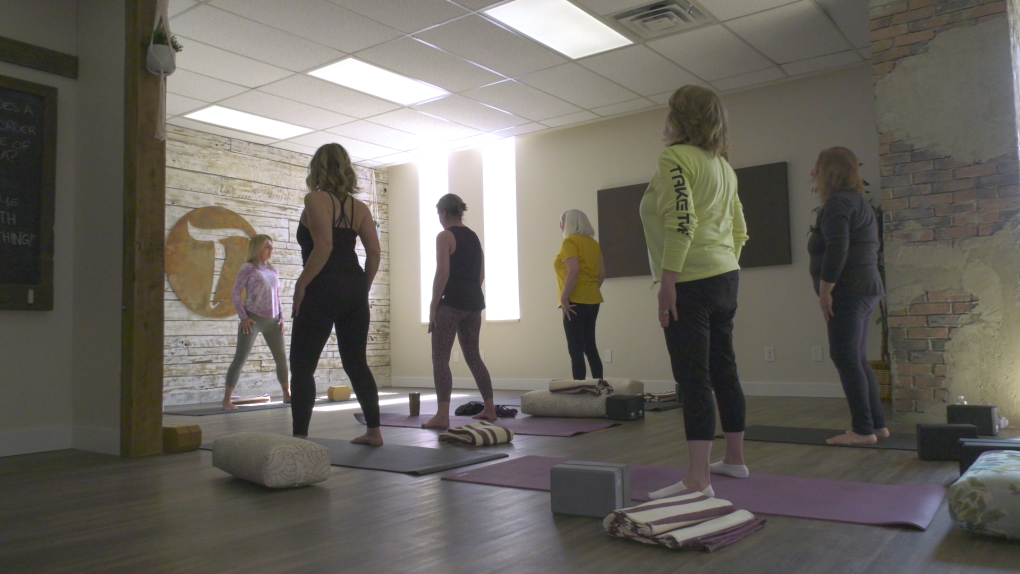 The boutique atmosphere creates a sense of community within the class, with Neill also leaving lots of time between classes so people can mingle or meditate.

“There is a lot of laughter, there’s a lot of chat, even before the class begins, so I can already see how people are forging relationships with each other,” Neill said.

“You can actually get to know some of the people,” added Karen Wetendorf, taking part in the program.

“A lot of studios I find you’re in and out and you never really get to know anybody,” she said.

She has noticed a difference after the first session, helping with her back issues.

“The balancing and the stretching is fantastic. Anything we do to strengthen our core and help stretch out the back and lower back is fantastic for me,” she said.

“Everyone that I have talked to has agreed that they enjoy the classes and it gets them out after being cooped up for so long,” Wetendorf added.

Neill says the program is open for both men and women and she is already thinking of expanding it to include more fitness workouts in the future.

“We’re considering things with older adults with possibly arthritis, and lung and heart issues,” she said.

“I’m getting phone calls and emails all the time,” Neill added. “People are very curious about what we’re doing. The membership is growing much faster than I expected it initially.”

For Fletcher, she’s glad she joined, able to create a new habit and meet new people.

“Take the chance, push yourself,” she said. “It’s really worthwhile.”

The active aging program is run three times a week on Monday, Wednesday and Friday.