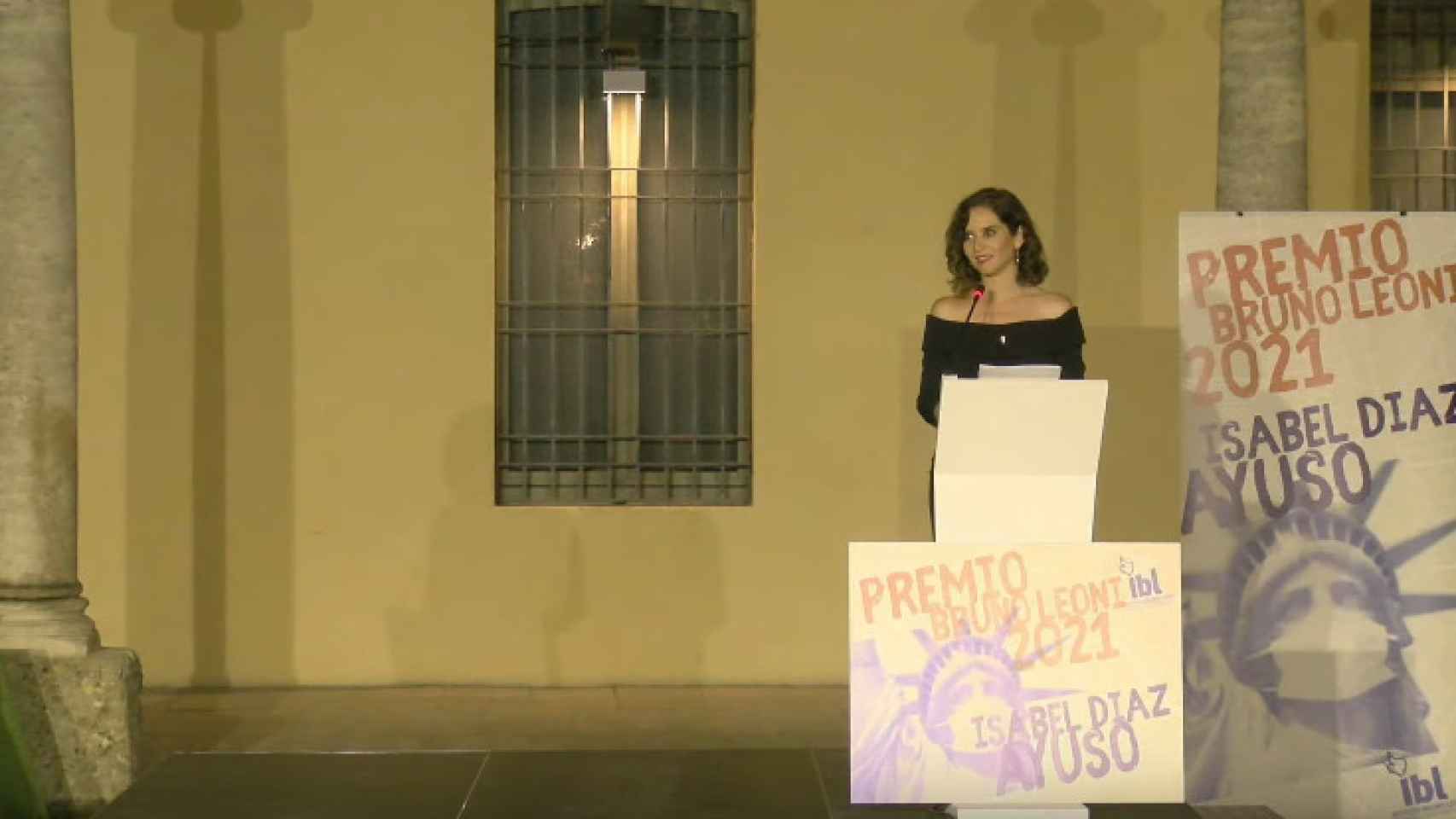 The Madrid president, Isabel Diaz Ayuso, has taken advantage of this Monday coronation on Milan What The Flame of Freedom, when he received the homonymous award given by the Bruno Leoni Institute, to announce more lax restrictions against Covid-19 in the Madrid’s community from next September 20.

It will be from then on when the region will enjoy “time freedom“For hotels and nightlife, where the capacity is also increasing. In addition, there will no longer be restrictions on the capacity of cinemas and theaters, and the number of diners on terraces will be expanded from 8 to 10. A way to demonstrate to the world, taking advantage of the media focus of the event, that “Madrid has been betting for freedom for decades.”

“Our intention is to continue advancing in new measures to relax restrictions if the situation continues to improve”, admitted the president, who has criticized “the damage caused” by “absurd norms” and “decisions based on fear” of some politicians – “especially on the left” – during the pandemic.

Díaz Ayuso, who has been suspecting the new, more lax restrictions for some time, has taken advantage of his presentation before the business elite of Lombardy, a thriving region of Italy, to make them public and to show off their management, which has today been awarded by one of the think tank most prestigious liberals in Europe.

Before 350 businessmen, the president has boasted that “the Community of Madrid registers month after month the historical maximum in number of self-employed”, and has stressed that “one in four companies built in Spain” have been in the region and that foreign investment “grew by 24% in 2020” while in the rest of the nation “it fell by 0.8%”.

“Madrid’s GDP has grown by 31.7%, 12 points above the national average, and we have recovered the employment levels we had in 2019, while in Spain there are 124,000 fewer people working”, highlighted the aspiring President of the PP in Madrid, who has pointed out how “the figures tell us that we are on the right path”: “We must continue in this line.”

Ayuso has become this Monday the first Spanish to receive the recognition granted by the Bruno Leoni Institute to the greatest exponents of liberal ideas. Thus, he joins such relevant characters as the writer Mario Vargas Llosa, the historian Richard Pipes, the Economist Leszek Balcerowicz or the leader of the Venezuelan opposition, Leopoldo Lopez.