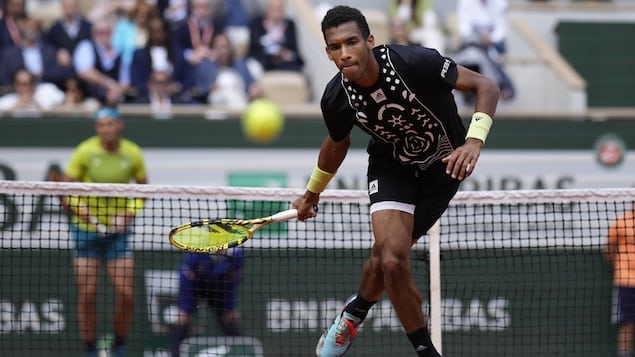 The Italian Matteo Berrettini, finalist at Wimbledon last year and victorious in Stuttgart and Queen’s this month, will also be in their group.

Auger-Aliassime and Nadal fought a daunting fight in five rounds at Roland-Garros, in the round of 16.

1 seed Novak Djokovic, defending champion, will have a first round a priori quite simple against the South Korean Kwon Soon-woo (no 75), with an appointment scheduled against the Spanish nugget Carlos Alcaraz in the quarter-finals.

In the first round and for his first Wimbledon since 2019, Nadal will face Argentinian Francisco Cerundolo, in a tournament that has not smiled on him since 2010.

Berrettini, will start his tournament against the Chilean Cristian Garin and would theoretically find Stefanos Tsitsipas on his way in the quarter.

Auger-Aliassime will have the American Maxime Cressy as his first challenge. Denis Shapovalov has an appointment with Frenchman Arthur Rinderknech.

On the side of the local idols, Andy Murray, injured since his lost final in Stuttgart, will face him against the Australian James Duckworth in the first round.

He may then have to face the powerful server John Isner in the second round.

A favorable draw for Serena Williams

Serena Williams will make her return to Wimbledon against Harmony Tan, a 24-year-old Frenchwoman who is ranked 113th in the world and has a career record of 2-6 in grand slams.

The place occupied by Williams in the women’s draw was the most anticipated element of the draw on Friday at the All England Club. It is her first singles appearance at a tournament since injuring her right leg and retiring in the first engagement of her opening round match on center court a year ago.

Due to her lack of activity for the past 12 months, Williams – who was No. 1 in the rankings – is not among the WTA’s top 1200 players this week and the draw could have placed her anywhere in the world. the board and against any opponent in the first round. She returned to the circuit just this week, playing two doubles matches at a pre-tournament in England and earning an invitation to play at Wimbledon.

While the 40-year-old American’s track record should give her a ranking, the All England Club now strictly adheres to the rankings to determine how it selects players.

Williams won seven Wimbledon titles, among her total of 23 grand slam singles titles, a record in the professional era. Tan, meanwhile, will make her tournament debut on grass.

If Williams manages to defeat Tan, her next match could be against Sara Sorribes Tormo, who is seeded 32nd but has never made it past the third round of a major tournament in 19 games.

The third round would potentially put Williams up against a tougher opponent: sixth-seeded Karolina Pliskova, who was the runner-up against Ashleigh Barty last year at Wimbledon and also reached the US Open final in 2016 – defeating Williams in the semi-finals.

Barty retired at age 25 in March and will therefore not defend his title when the tournament opens on Monday. It also leaves open the question of which female player will have the honor of playing the first match on center court on Tuesday, a slot traditionally reserved for the previous year’s champion.

The two most likely choices appear to be No. 1 Iga Swiatek, who is currently on a 35-game winning streak and fresh off the French Open title, or Simona Halep, who won the 2019 Wimbledon trophy, against Williams in the final, but did not have the opportunity to start the tournament on center court in 2020, when the tournament was canceled due to the pandemic, or in 2021, as she was injured and unable to play.

The Canadian Bianca Andreescu, finalist at the Bad Homburg tournament, will face the American Emina Bektas, from the qualifications. Rebecca Marino will play her first match against Poland’s Kataryzyna Kawa.