A local musician and doctor are teaming up to raise funds for humanitarian relief in Ukraine.

Dr. Darren Markland, an emergency room physician, posts landscape photos he takes on Twitter, some of which are shots of Edmonton’s river valley.

“I take pictures of things that are beautiful and I’ve fallen in, by accident, with artists who can see things better than I can,” said Markland.

The pictures caught the attention of a local musician.

“What I decided to do for a lark to see if he liked it is upload them to my camera, run them through this old app I’ve got that turns them into paintings,” said David Gray.

The pair got to talking and decided to use the photos-turned-paintings into works of art that will be put up for sale to raise money for Ukraine.

“I’ve always put those out there for the benefit of people who need something to make their day better, it’s been a hard two and a half years. To add this type of significance to this is a good thing for me,” said Markland. “Anybody who lives in Edmonton knows someone that’s very close to this. If you have any empathy, you have a connection to this.”

“I know a lot of people that look just like the people that are under attack right now and it’s heartbreaking that in the 21st century someone should think that barbarity is the way to go,” Gray added. 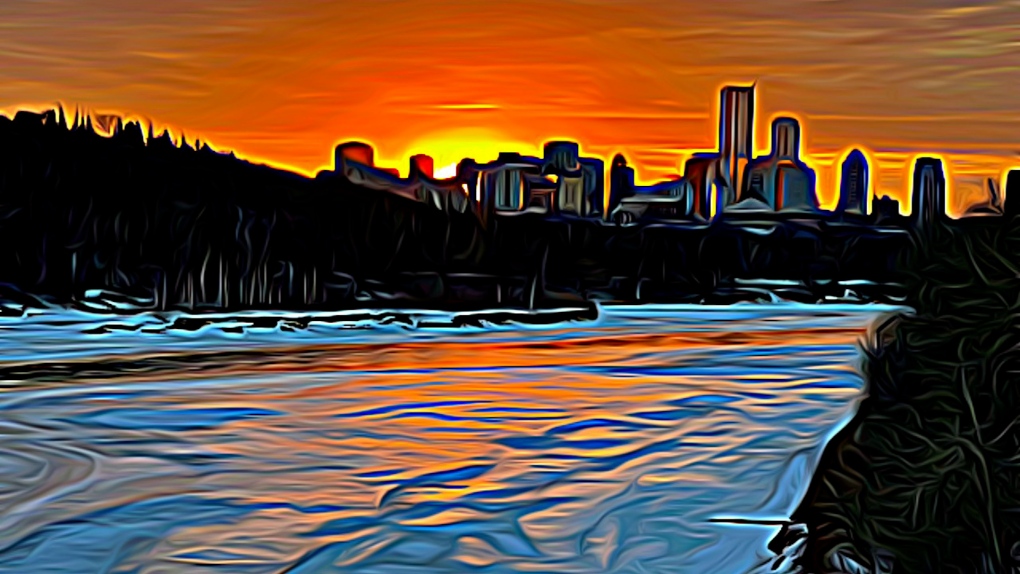 Through a poll on Twitter, they settled on four prints that are up for sale until May 4 on Gray’s website.

Gray and Markland met in person for the first time Tuesday and expect this won’t be the last time they work together.

“Social media gives you a good hint, but what really makes a good friendship is knowing someone in the flesh. I always got the sense that we would work together well, so I’m not surprised that I kind of instantly liked the guy,” said Markland.

“I see no reason why we wouldn’t collaborate further for good causes and good times.”