DALLAS—Jason Spezza, perhaps better than anybody, understands the clock is ticking.

When he suits up Thursday night against the Dallas Stars, the 38-year-old Maple Leafs forward will face the team he once joined as a star and left as a role player.

“I had five good years there in Dallas,” says Spezza. “It’s a great place to play. Hockey fans are incredible there. I really enjoyed my time there. We got close a couple of times, some Game 7s in the second round. Have some good friends there, so I’m excited to go back to Dallas and play.”

Spezza was 31 when he was traded to the Stars by the Ottawa Senators, still close to the prime of his career, and exceeded 60 points his first two seasons. By the fourth and fifth, his ice time was limited and he couldn’t get to 30 points.

He has handled the diminished role with class, and that has served him well over three seasons in Toronto. The sixth-oldest player in the NHL has often been a healthy scratch. He’s managed one assist in his last 10 games, and has been scratched four times since March 8. Spezza and fellow 30-somethings Wayne Simmonds and Kyle Clifford appear to be in a rotation for ice time on the wings on the fourth line, with competition heating up.

“You have to keep yourself ready and stay fresh,” said Spezza, nicknamed Vintage by his teammates, “and you make sure that when you play, you play well.”

Newcomer Colin Blackwell offers fresher legs, while Ondrej Kaše — who has been out with a head injury but is skating again — might be eased back on the fourth line when he’s ready to return. Coach Sheldon Keefe also likes what he’s seen so far in rookie Nick Abruzzese. And if prospect Matt Knies is signed, the fourth unit is a likely launching point.

“It’s just the nature of us having a good team, a deep team,” said Spezza. “Knock on wood, we have no injuries right now. We have to keep that going. You need depth in playoffs and we have to keep everybody involved.

“We plan on having a long run. We’re gonna need everyone.”

Spezza has 991 career points, 94th on the NHL’s all-time list — having recently passed the likes of Paul Kariya, Rick Middleton and Leafs great Dave Keon. He’s one of a handful of players still active from the 2001 draft, where he went second overall to Ottawa. Goalies Mike Smith and Craig Anderson are others. For context, that was the year the Leafs drafted Carlo Colaiacovo 17th overall; he’s a radio host now. 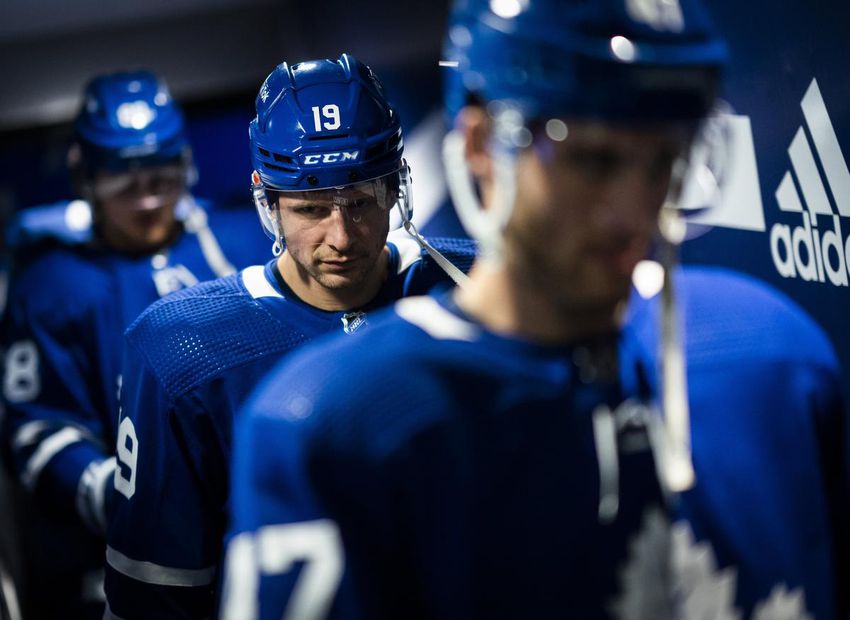 Spezza made it to the Stanley Cup final with the Senators in 2007 — which is more than many can say — but time isn’t just running out for his championship hopes. The Leafs’ window could be closing sooner than you might think.

Auston Matthews, Mitch Marner and William Nylander are having career years, but Matthews and Nylander only have two years left on their contracts after this one. As for the talent around them — arguably the best collection of Leafs in decades — they won’t all be back given the Leafs will only have about $7 million (US) in salary-cap space available next season.

The trade additions of Mark Giordano and Ilya Lyubushkin have arguably rounded out their strongest blue line since the Pat Quinn era, but both are headed for unrestricted free agency along with top goalie Jack Campbell. Timothy Liljegren and Rasmus Sandin will be restricted free agents.

Ilya Mikheyev has broken through as a scorer, but he too is a pending UFA the Leafs might not be able to afford. Pierre Engvall, who has solidified his place in the lineup, will be an RFA.

The bar may be set low for a team that has failed to get past the first round of the playoffs since 2004, including the last five seasons in a row. But if a deep run isn’t in the cards — if there aren’t some vintage moments soon to come — it’ll be more than Spezza for whom the clock is ticking.