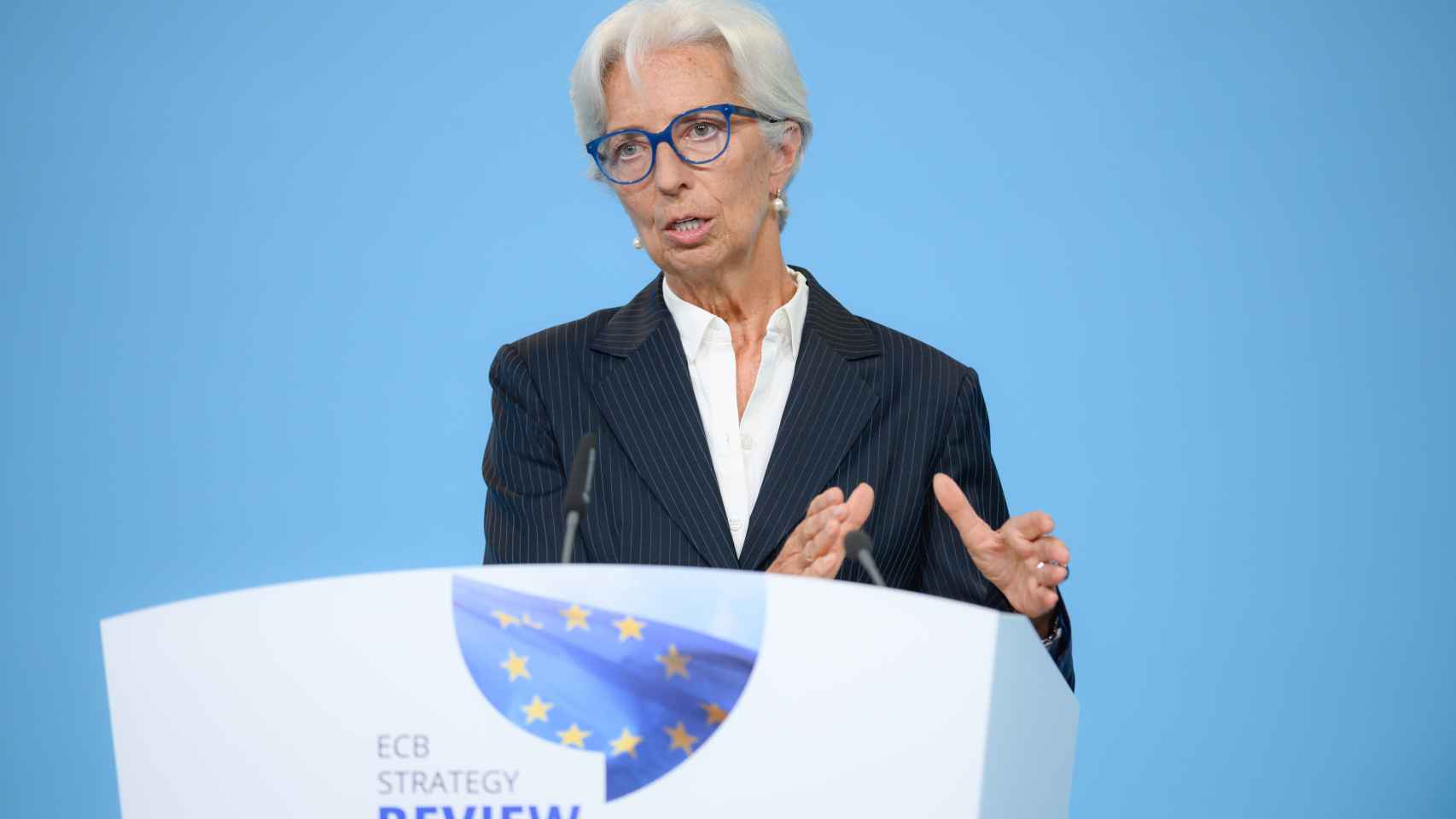 The ECB He presented a far more optimistic view of the euro area economy than at his last meeting, and this was reflected both in the new macroeconomic forecasts and in the balance of risks.

A) Yes, estimates that eurozone GDP will reach pre-pandemic level as early as the fourth quarter, hand in hand with the success of the vaccination campaign and the consequent increase in private consumption.

Also, the manufacturing activity advances robustly, despite the presence of supply bottlenecks, and the labor market is improving “rapidly”.

Another positive point is that the decisions, according to Lagarde, have been taken unanimously within the Council, when in July the minutes showed that there were discrepancies.

The only real news yesterday from the ECB was that after two quarters of “significantly larger” asset purchases, the Governing Council decided to reduce PEPP purchases (debt purchase program established during the pandemic) in the fourth trimester.

The new figure may be around, according to Bloomberg, 70,000 million euros per month, about 10 billion less than today. However, from CaixaBank Research they believe that the amount could be reduced to 60,000 million.

The ECB justifies this decision by understanding that it is possible to maintain an accommodative financial environment with a slower rate of purchases and in view of the new macroeconomic forecasts that it handles.

Lagarde stressed that inflation will remain at consistently high levels temporal for three reasons directly linked to the opening of economic activity.

The first, the base effects on energy prices and derived from the VAT reduction in Germany during the second half of 2020. This element will disappear as early as 2022.

Those services affected by social distancing may be increasing prices further.

Supply bottlenecks, which are delaying and making deliveries of materials and equipment more expensive. The ECB estimates that this element is from transitory nature.

He believes that as companies find a way to avoid or cope with these difficulties, he will stop pushing up inflation during the first half of 2021.

Medium term, Nevertheless, estimates that tensions will ease and that inflation will once again fall below the target, so it will be necessary to maintain accommodative financial conditions for years to meet said target.

In fact, the ECB will keep interest rates at current levels (or lower) until inflation at 2% is observed in the last two years of its projections and inflationary pressures at that time are consistent with the inflation target of 2% in the medium term

The ECB considers that the risks on these forecasts are balanced. The evolution of the pandemic continues to be the main risk, since an increase in the cases of the Delta variant could hinder the process of reopening the economy.

Also, if the bottleneck more persistent than initially anticipated could damage production and slow down economic recovery.

On the other hand, it considers that if there is an improvement in the pandemic indicators or an increase in private consumption, derived from a lower savings rate, economic expansion would be stronger.

At the moment, the ECB estimates that to meet the new inflation target established in July (2% in the medium term) it will be necessary to maintain an accommodating environment for quite some time and, therefore, it has not modified the rest of its tools.

BBVA Research believes that the most positive thing about Lagarde’s message is that leave everything the same until at least December, which is when the ECB would review what it will do with the imminence of the end of the pandemic bond program the following quarter, and that is when it will decide if it will have a substitute or not.

CaixaBank Research expects the ECB to announce the cessation of net purchases through the PEPP to end of first trimester along with an increase in net purchases from the APP. This announcement could also be accompanied by adjustments in the debt limits that the ECB can acquire through the APP.

Other analysts believe that the most positive thing about the message is that, despite the rise in forecasts for inflation, Lagarde reiterated that the rise in this is temporary in nature and that the elements that are pushing it up, and that will do so even more in the final stretch of the year, should remit during 2022.

Reaction in the markets

Stock markets reacted higher, but if we take into account what they had fallen before the ECB meeting, the effect is very neutral, and the same can be said of the euro. Thus, it barely impacted almost all assets.

Where there were changes was in fixed income, debt profitability fell sharply. And although it had previously reached two-month highs, the fact that a German 10-year bond goes from trading at -0.32 to -0.37% in a few hours, represents a change of more than 15%! And the Greek, Italian and Spanish bonds improved even more.

And is that true tapering would not begin until the PEPP was fully consumed (in total, 1.85 trillion euros of debt purchase with the excuse of the pandemic), something that will happen around March 2022.

And the forecasts say that once it ends, the most likely is that the ECB will start some other program that will reinforce the already usual purchase of 20,000 million per month.

In any case, for now for the bond market, and until speculation begins about the next FED meeting, the environment is conducive.