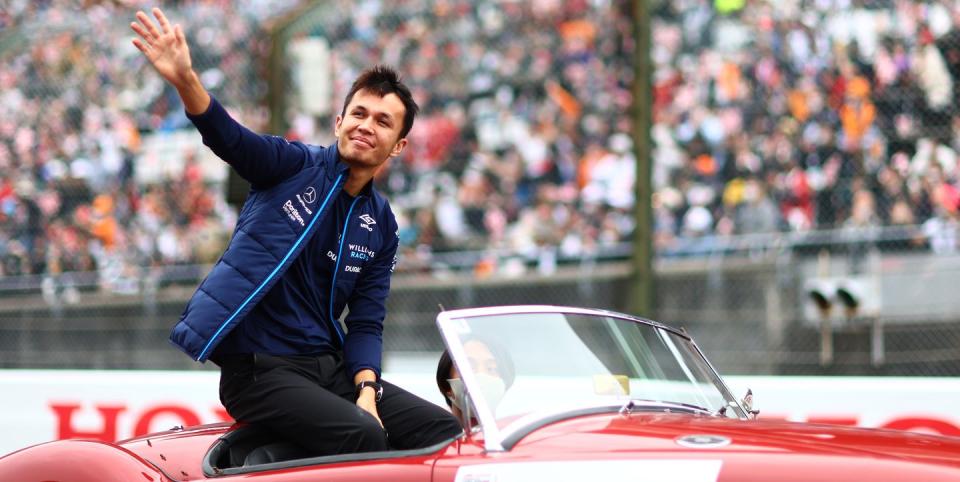 This time last year, Alex Albon had just wrapped up a season spent as a test driver and marketing asset for the same Red Bull Racing team that had unceremoniously dropped him from their lineups entirely after six months at their junior team and a year and a half in the senior program. His highlights of that year were a lone DTM win in a partial season and a day spent awkwardly trying to make a case for the FIA to change a penalty it had reviewed and enacted days earlier. It was an awful situation for a young driver, especially for a young driver who had been in one of the category’s top cars just a year earlier. What a difference a year makes.

This is the second installment of our driver-by-driver preview of the 2023 Formula 1 season. This weekend, we will be covering Williams. You can find the rest of our previews here.

Albon has since been recast as the lead driver at Williams Racing, the once-storied team that is now a decade into its winless streak that started immediately after one shocking race win for Pastor Maldonado broke their previous eight-year winning streak. The standards at Williams are not particularly high right now, but the car is at least capable of fighting for points-paying positions occasionally and Albon spent his season getting in position to fight those battles whenever possible.

HOW HE GOT HERE

As recently as 2018, Alex Albon was in conversations with his peers as a future star. He moved into cars in 2012, but his first major success came in 2016. That was the year he finished runner-up to Charles Leclerc in the series then known as GP3. In 2017, he spent a winless season acclimating to Formula 2. In 2018, he finished third in the series behind Russell and Lando Norris.

That resume got him to AlphaTauri for the 2019 season, where he quickly showed that he belonged in the sport with a string of five finishes in the points through twelve races. When Pierre Gasly was demoted during the Summer break, he was the obvious internal candidate to replace him at Red Bull mid-season. Suddenly in a car capable of winning races, he finished between sixth and fourth in all but one remaining race and kept the ride in 2020.

His full season with the team was much more disappointing. Albon scored his first two career podiums, but he finished just seventh in the driver’s championship and did not record a win as Verstappen’s teammate. He was dropped for Sergio Perez days after the season ended and sent to the DTM for a year while he waited for new opportunity, opportunity that finally came this past season.

In 2021, Williams put out a struggling car just quick enough that then-lead driver George Russell could perform the occasional miracle in extreme conditions. In 2022, the team’s car was so off-target that it had to simplify its livery to save weight. Despite that, Albon seemed to spend almost every race weekend this season fighting between 12th and 9th. He secured points-paying finishes on three occasions, most notably a shocking run to tenth in a Belgian Grand Prix where he held up many faster cars.

The run was only good enough for 19th in the driver’s standings, not enough to elevate Williams past tenth in the constructor’s standings. Those are the sorts of results you get when a car is capable of collecting two total points on its best day of the season. The actual performances, however, sent a clear message: Albon, after two years in the Red Bull system that seemed to show a young driver in over his head, belongs in Formula 1.

It will be unrealistic to expect Williams to radically improve during this offseason. Sure, the budget cap theoretically helps level the playing field between Williams and the leaders at Red Bull, Mercedes, and Ferrari. In reality, those teams still have substantial baked-in engineering and infrastructure advantages that a limited year-by-year cap and extra wind tunnel time cannot help to substantially close. Albon should instead hope for marginal improvement, more races fighting for points and more strong performances against what are likely to again be better cars.

With the limitations a Williams driver will face in mind, Albon’s best case scenario for next season is something closer to 15th in the driver’s standings and 8th in the constructor’s standings. Williams can always figure something out between seasons, but that is looking unlikely at the moment.

The better benchmark might be his rookie teammate, Logan Sargeant. Albon routinely outran the outgoing Nicholas Latifi this season, and while Sargeant is in theory a more promising prospect he is in practice a younger driver with far less time in a Formula 1 car. If Albon can once again demonstrate that he is clearly ahead of a teammate with low expectations and once again get the Williams team a few surprising points-scoring results, he will continue to prove he deserves to be in Formula 1 for a long time.