In case anyone had any doubts about the detailed monitoring that the European Commission is going to carry out on the disbursement of European funds, last week the Commissioner for Budget and Administration, Johannes Hahn, spent two days divided between Seville and Madrid. He held high-level meetings with the Government, the CEOE, the Bank of Spain, the Junta de Andalucía -to test with Juanma Moreno how is ‘co-governance’ going – and with representatives of banking and insurance.

Brussels has decided to strengthen ties with the financial sector to control how transfers of funds will be managed. Next Generation EU and also to see to what extent they will be able to count on banks and insurance for the debt issues necessary to finance the plan. Hence, one of its main objectives was to test the appetite of Spanish insurance companies and banks.

After the first disbursement of 9,000 million euros last summer, the European machinery is ready to channel the funds. Now, what was transferred to the commissioner from some areas is that Spain has to wake up and that we must not rule out that our country is not able to absorb the aid in time. In particular, of those that are programmed for this first phase of 2021.

If there is someone who generates trust in Brussels, it is the governor Pablo Hernandez de Cos, who met with Hahn on Tuesday to convey his vision of the Spanish economy, the financial sector and his fears about the future of the reforms.

The Director of Statistics of the Bank of Spain, Oscar Arce, is pessimistic about the rate of execution of European funds. He believes that this aid will contribute only six tenths to GDP this year (four less than what he expected before summer) and that, at most, 11,000 million euros will be mobilized, compared to the more than 26,000 million promised by the 2021 Budgets.

The reason is that the Spanish Administration is not being able to be agile in the management of aid and ‘co-governance’ is showing its worst side: that of inefficiency.

Hahn also went to the house of Antonio Garamendi to gather information on how the plan for the execution of the funds is going – with its corresponding milestones – and he must have left concerned. Spain is not in a position at this time to guarantee that it will fulfill the promised reforms by the end of the year.

The decision of Pedro Sanchez of making the balance fall towards the pressures of Yolanda Díaz with the rise of the Minimum Interprofessional Salary (SMI) instead of listening to her first vice president, Nadia Calvin, has fractured the Social Dialogue.

Even more so now that we know that the macro data on which this salary increase was defended were inflated by an erroneous statistic that drew a “robust” rebound in the first half of 2021, when in reality our economy remained almost stagnant (+0.4 %).

The SMI decree has been a blow to all the tables at which the Executive sits with the social agents and these are vital for European funds. In the ERTE negotiation – in which an agreement has to be announced between now and Thursday – the situation is very tense, and that was the one that started with a greater agreement. 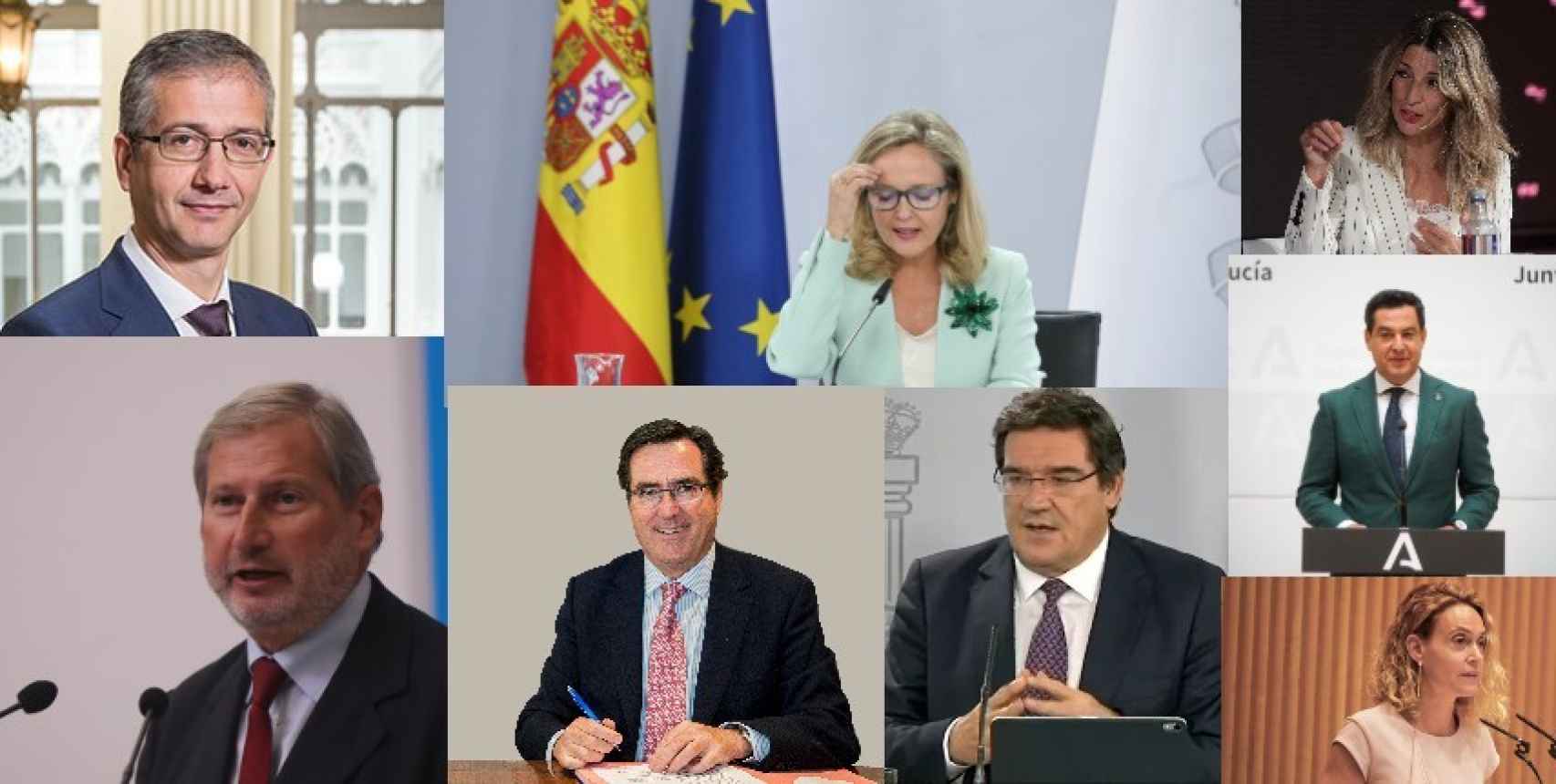 In this context, business sources assure that it is very possible that an agreement with Díaz will not be signed before January for the labor reform. And if the government does not manage to add businessmen to its proposal, the support of Congress will not be possible either.

The PNV and Ciudadanos will not support a reform that has the frontal opposition of the world of the company. And the Catalan independence partners, now also pending Puigdemont, are increasingly a less reliable partner for the Government of Sánchez, which even doubts them for the negotiation of the Budgets.

In addition, on the labor issue, Brussels wants the CEOE to be in the photo because what it demands from Spain is greater flexibility that, among others, reduces the temporality.

Hahn is Austrian and therefore comes from a frugal country. Therefore, you are well aware of the rigor that the countries most reluctant to Next Generation they will require all countries to disburse European funds.

Spain wanted to arrive first and was quick to present a well-armed Recovery Plan to the Commission. In addition, there are other countries that are also experiencing project implementation delays. But that is not why it is guaranteed that everything that does not comply with in a timely manner will be able to be executed.

The Government has air because, of the 40 reforms that it presented in the Plan approved by Brussels, many had already been approved (even before the Commission gave the final approval to the Spanish proposal). These include the teleworking law, the so-called riders law or the National Strategy for Science, Technology and Innovation.

To these 40 reforms are added 10 investment milestones that must be met between now and December. And at this point, it is surprising that the Board of Congress still does not process Decree 36/2020, which is essential to modernize the Public Administration and regulate the management of aid.

A delay attributed to one’s own Meritxell Batet, since the Executive fears facing some amendments that could alter Moncloa’s plans in the distribution of funds.

Against this background, the commissioner returned to Brussels, probably surprised that political polarization could become a reason for Spain to miss the train of Next Generation.

And to top it all, on Thursday and Friday he verified in the press that the macroeconomic data that he had handled in his meetings were incorrect due to the unprecedented slip by the INE with its statistics on the evolution of GDP. The same are right hawks Europeans and it is true that we have no remedy.

Rebuild 2021, the real estate event sponsored by the CEO of Aedas, David martinez, put in order the demands of the sector for European funds far beyond the rehabilitation programs that the Spanish Government is activating. 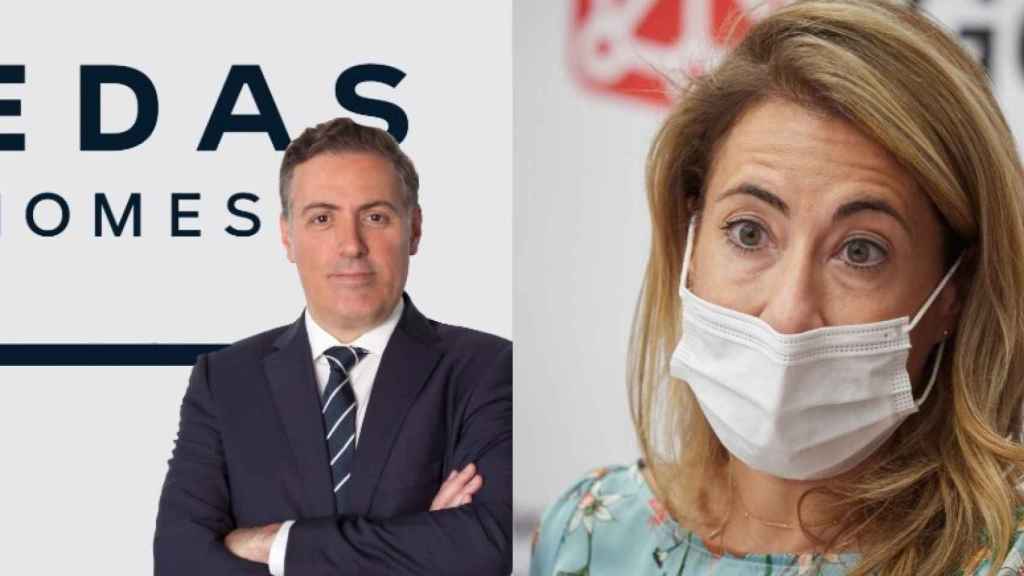 Industrialization has come to revolutionize construction and the lack of suppliers to provide developers with the necessary materials to definitively abandon brick is delaying its development.

In this context, Rebuild showed how the plants for new construction systems and materials distributed throughout Extremadura, Castellón, Cuenca and Galicia, among many other points, are a factor of territorial cohesion. In addition, its proposal is more respectful with the environment and with quality employment, since it abandons the model of traditional works for another in which more qualified personnel are needed for assemblies.

The Minister of Public Works, Rachel Sanchez, should take note and give more impetus to this sector that is waiting for ambitious PERTEs.