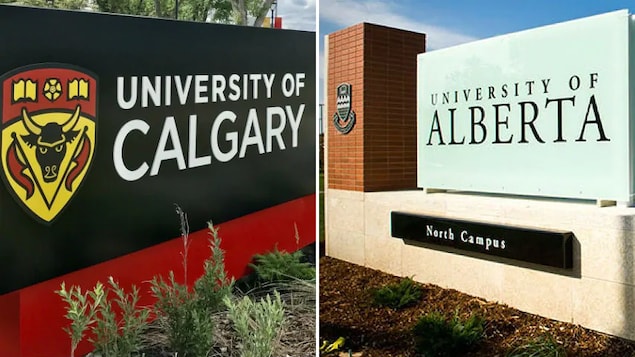 The announcement was made on Wednesday by the Minister of Higher Education, Demetrios Nicolaides, who indicated that the scholarship New Beginnings is a one-time, non-refundable financial grant, the purpose of which is to help low-income students and meet the growing needs of the labor market.

” We open new doors and create a level playing field where Albertans have equal access to education and opportunity [de carrière]. »

To receive this financial aid, students must be enrolled in programs such as energy, technology, aerospace, aviation and finance, sectors in which there are, according to the minister, strong needs [en main d’œuvre].

The government relied on labor market data, industry needs, retention rates in the province and student demand to determine the admissibility of students according to their university programs, explains Minister Nicolaides.

The criteria also take into consideration the student’s family situation and income. For example, if the student has no dependents, they must have earned an annual income of $33,000 or less to qualify. A student from a family of four must justify an annual household income equal to or less than $66,000, specifies the minister.

Scholarship recipients will be automatically selected through the province’s student loan and student aid systems.

A drop in the oceansays the student union

This new scholarship program is a step forward for Nicole Schmidt, president of the University of Calgary students’ union. However, it remains insufficient in view of the many financial challenges that students face.

She cites tuition hikes and recent funding cuts in this regard. The provincial government has cut $600 million from post-secondary education in recent years, she says. [Dans ces conditions]a $15 million investment, while highly valued, is a drop in the bucketshe argues.

This program allowed municipalities, small businesses and non-profit organizations to receive provincial grants to hire students during the summer, between May and August. The Alberta government scrapped it in 2019, saying the funds allocated to the program were not being managed effectively.

The president of the University of Calgary students’ union also criticized the targeting of certain degree programs in the eligibility requirements of the new scholarship program.

She believes that if a student is accepted into a program and demonstrates financial need, what they choose to study should not be a barrier or a factor in receiving funding.

” It is disappointing to see the government picking winners and losers by only making this funding eligible for students and certain programs. »

With information from Dave Gilson