Midwife Nooria Haya’s work days regularly included meetings and discussions with doctors mens. decideían the treatments for the locals and the priorities of the public clinic where you work. It is in Ishkamish, a poorly serviced rural district in Takhar province, on Afghanistan’s northeast border with Tajikistan.

But recently, the 29-year-old discovered that meetings between male and female staff were prohibited. It was the first order the Taliban gave them when the group took control of the region, he says. She could only ask herself how else her life would change.

Ishkamish is located in the mountainous region of Hindu Kush. It is a key area on the border that the Taliban, after NATO removed the 10,000 troops it had in the area, has taken for its control.

The fundamentalist Islamist group took over the district after intense fighting with apparently unprepared government forces.

People who resided in the area they were aware of the advance of the Taliban.

“We were all scared,” Agha, 54, who lives in the Arghistan district on the border with Pakistan and is two hours by land from Kandahar, told the BBC.

People began to lock themselves in their homes. But the Taliban managed to take control of each location. The locals could not escape from them.

Islamist militants began to roam the streets in the morning and afternoon. Some began knocking on doors to ask for food.

People they gave them what they were afraid of to be attacked.

“Each house now keeps three or four loaves or plates of food for themselves,” says Jan, one of the locals who sells fruit.

And he adds that it doesn’t matter how poor you are in an increasingly poor country.

Also, if the militants want to stay in the houses, they can.

During the month of June, the Taliban seized several cities and forced the Afghan army to retreat strategically.

Afghans have criticized the departure of international troops as too hasty. Many point out that the peace talks of the last two years they only served to increase his ambition, recruitment and legitimacy before its militants.

And the end of the conflict – which began with a US-led invasion 20 years ago and ended the Taliban regime that had been in power at the time for 10 years – has not happened.

As the Taliban resurfaced in June, its militants got, through fear, more than food and a place to sleep.

Social and economic rights achieved during the last 20 years are suddenly over. The prohibitions against women they fell on Nooria for the first time in her life.

“There are many restrictions now. When I go out I have to wear the burqa, as ordered by the Taliban, and a man has to accompany me, ”says Nooria.

Traveling as a midwife throughout the district is especially difficult. Men cannot shave their beards, because the Taliban say it is against Islam.

A group within the Taliban called Amri bil Marof (literally: Order of the Good) enforces the rules of socialization. His punishments were the ones that filled Afghans with fear in the 1990s.

Trending on Canadian News  Andalusia as an experiment, by Javier Aroca

Now again they are enforcing their law of two failures: first is a warning, second is a punishment: public humiliation, prison, beatings, whipping.

“Suddenly, most of our freedoms have been taken away from us,” says Nooria. “It is so difficult. But we have no other choice. They are brutal. We have to do what they say. They are using Islam for their own ends. We are Muslims ourselves, but their beliefs are different.

These differences also translate into more security and less war, because the conflict has moved to other areas.

The locals welcome this calm, as they would if the government were in control. But they even doubt its durability.

But other things are gone. Afghans used to visit Takhar, famous for its mountains and clean air. 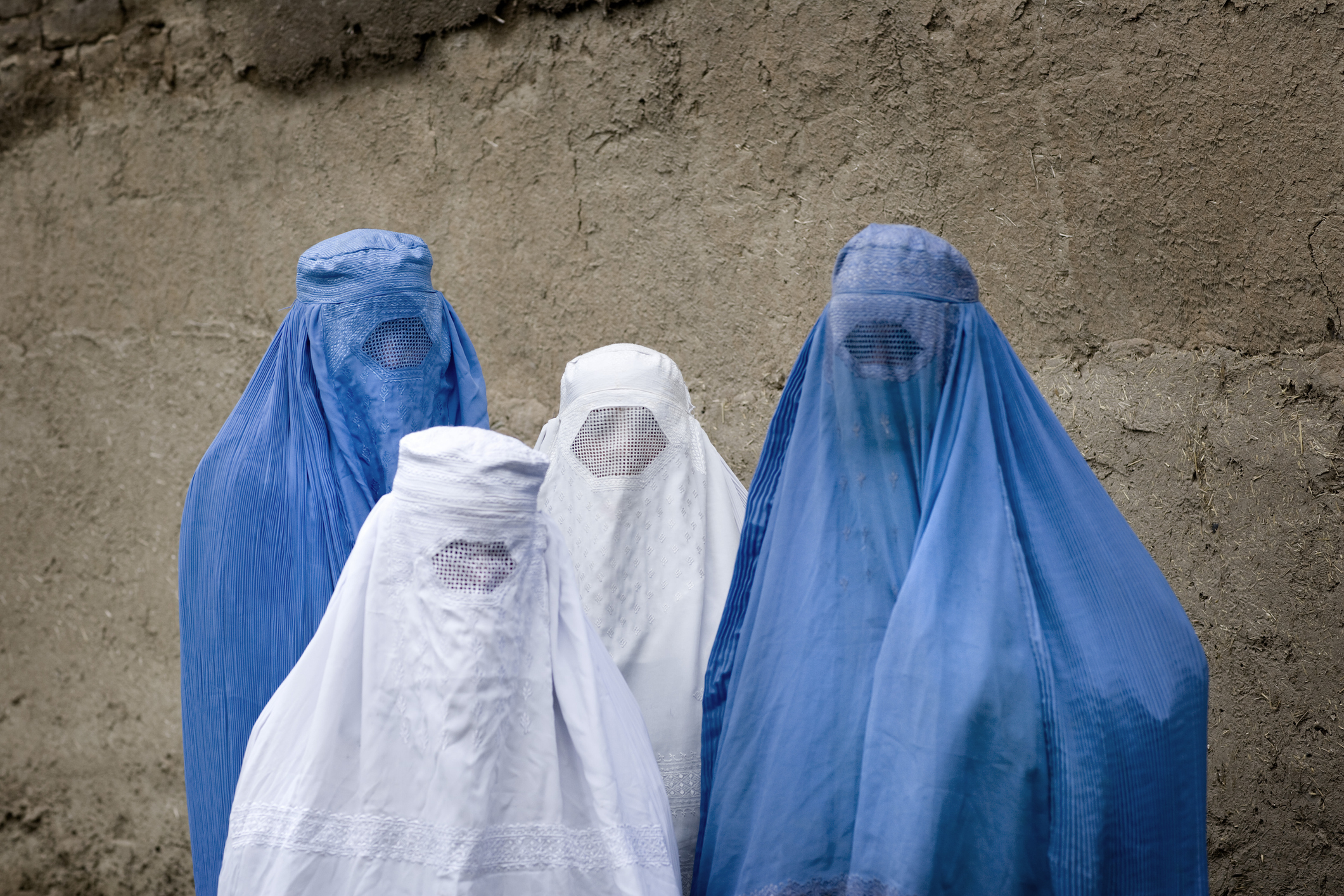 Getty – There are many restrictions now. When I go out I have to wear the burqa, as the Taliban order, and a man has to accompany me »Nooria Haya* Midwife in Afghanistan.

In Farkhar district, taxi driver Asif Ahadi points out that he used to earn about 900 Afghans (US $ 11). But with the arrival of the Taliban, etourism is over.

“Tourists were my clients,” says Asif, 35. «The money they paid me I used to feed my family. Now my best day will only allow me to win 150 Afghans. It is not even enough to cover the cost of my fuel, which has now more than doubled.

And the presence has had a negative impact on their social life.

“People used to have parties every Friday night, listen to music and dance, have fun. Everything is completely forbidden now, “says Asif.

“All businesses have suffered the same.”

By July 4, two days after US and NATO troops left Bagram Air Base, Afghanistan’s largest, where US operations had been focused for the past two decades, the Taliban they took the district of Panjwai, in the province of Kandahar.

It is the place where they were born and it was always a Taliban stronghold.

And less than a week later, they themselves indicated that they already controlled the main border point with Iran, Islam Qala.

By the third week of July, the insurgency indicated that they already controlled 90% of the border points and 85% of the country’s territory.

At the time, the government was refuting those figures. But the Taliban increasingly controlled urban areas.

As the Taliban increased their control, people began to leave their homes, where they had taken refuge. Many of them had never seen the way the Taliban delivered justice and governed the areas under their rule.

“They make decisions quickly on issues like crime,” says Asif. «There is no bureaucracy, nor red tape; all kinds of problem can be solved in days, and no one can contest any decision«. 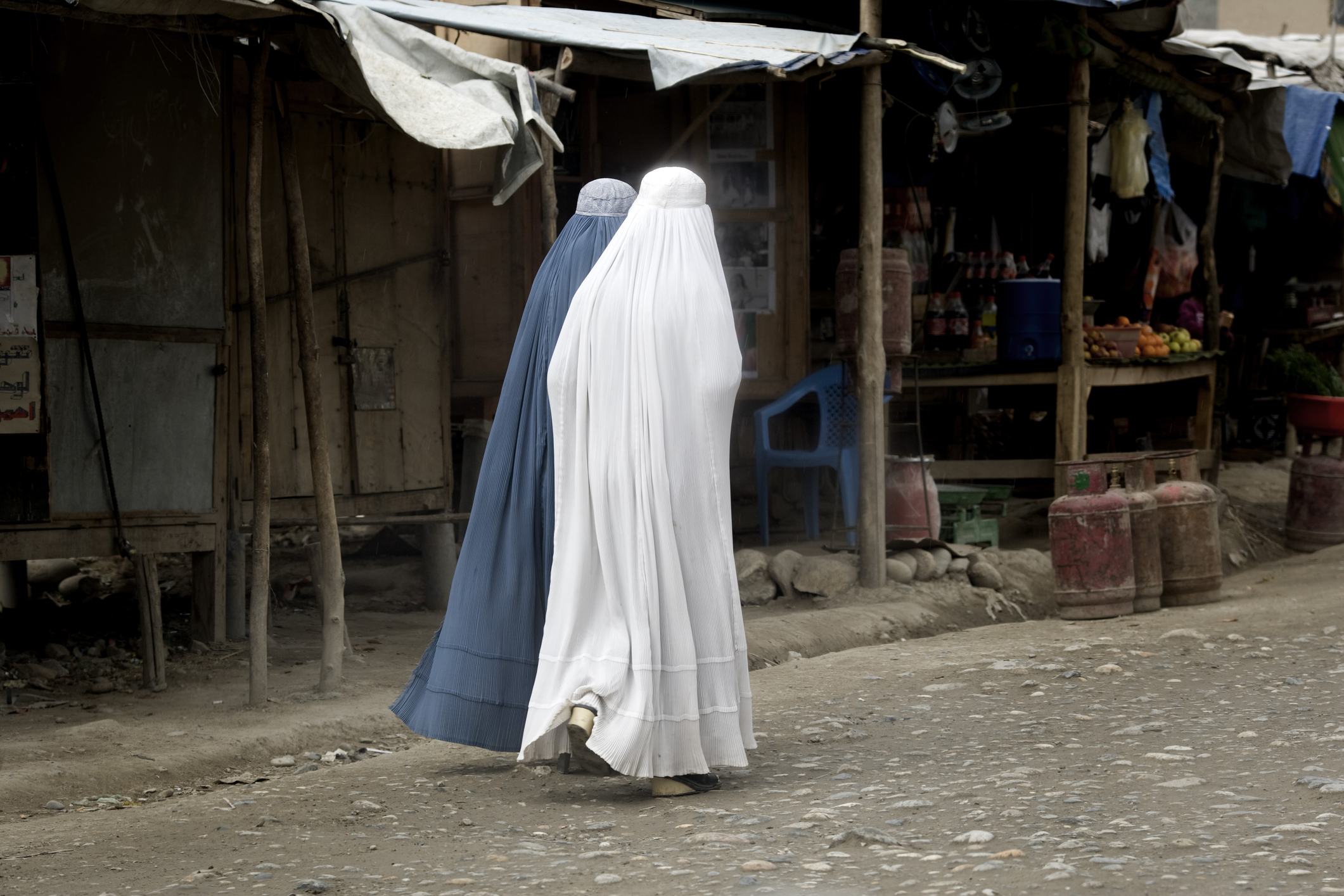 Getty – Suddenly, most of our freedoms have been taken away »Nooria Haya* Midwife in Afghanistan.

They also collected a kind of offerings for the poor, which account for about 10% of the harvest in the agricultural sectors or a portion of the income. But the Taliban have changed that into a kind of tax on their operation.

This adds more financial pressure to locals, as well as “all goods soaring to the sky,” says Asif, as foreign and domestic trade is restricted and the economy is compressed. Public works have stopped.

“People were already very poor, and there is no job opportunity, no investment,” he adds.

However, some have seen the Taliban system before.

“His ideology and thinking are exactly as they were during the time of the Emirate. Nothing has changed not at all, “says Jan.” The Taliban say they have sacrificed a lot to reestablish the Islamic Emirate, so it cannot be set aside. «

And he notes that the Taliban have closed all schools in his area. And they have asserted that any education must be done in accordance with their strict interpretation of Islamic law. It is one of the many worrying indicators for those who live there.

During their last rule, from 1996 to 2001, the Taliban banned education and work for women and girls, and restricted their access to health care.

Since they were ousted from power, women have returned to occupying places in public life, constituting a quarter of parliament.

The number of girls in primary education increased to 50%, although by the end of secondary school the figure was around 20%. The life expectancy for women increased from 57 to 66 years. The numbers are comparatively bad, but improvements have occurred.

However, now there is only the fear that all those numbers will recede.

The Taliban have advanced overwhelmingly.

They have taken the main cities of the country and are already in Kabul, the capital. This Sunday, the president, Ashraf Ghani, left the country.

The US Air Force has been supporting the Afghan army with attacks. But it is expected that the last foreign forces leave the country on September 11.

The date marks the 20th anniversary of the September 11 attacks by al-Qaeda in the United States, which led to the invasion of Afghanistan led by George W. Bush to remove the Taliban from power for harboring Osama Bin Laden and other figures. of al-Qaeda.

And this fight takes its toll on human lives. One thousand civilians died until the first week of August, says the UN. Hundreds of thousands of people have fled their homes. 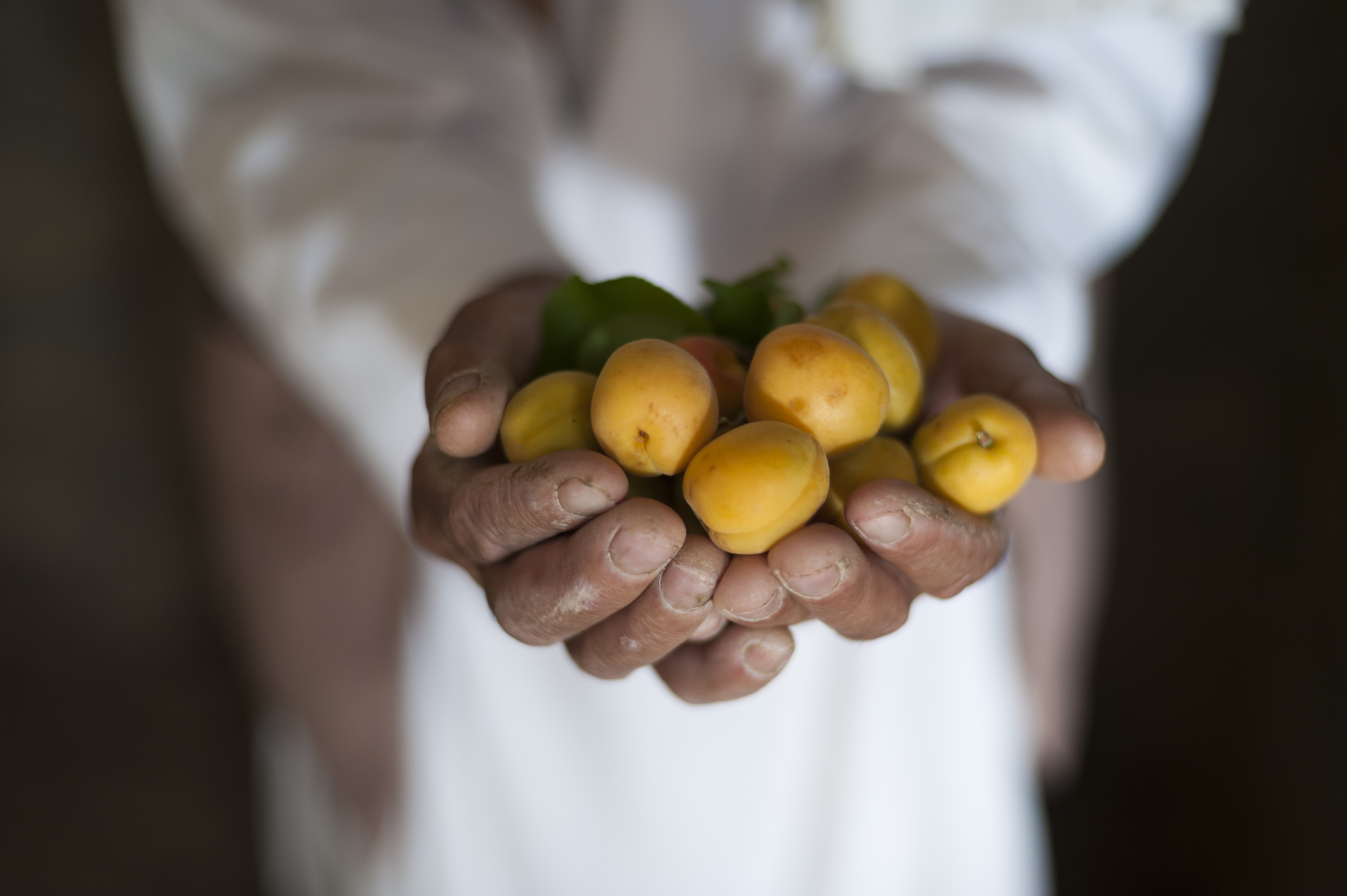 Getty – You have to bow your head to live your life. You cannot dare to oppose them »Jan* Fruit seller in Afghanistan

Control of the country now appears to be in the hands of the Taliban, and the change is clear.

“You have to bow your head to live your life,” says Jan. “You cannot dare to oppose them. You can’t say anything against him. If they say ‘yes’, you have to say ‘yes’. If they say ‘no’, you should say ‘no’ ”.

That fear prevails, says Nooria. “Even though people seem relaxed, when you talk to them, you understand the serious concerns they have. We sit together, praying that God will take them away from us.

The names in this article are changed to protect the identity of the interviewees.