After heavy rain on Monday, many roads, basements and even a Saskatoon school were flooded.

The east side of town saw the most flooding, leaving some stranded in their vehicles.

Terri Lang, a meteorologist for Environment Canada, said this weather is finally starting to feel like June on the prairies.

“This season has really gone the exact opposite of what we saw last year,” Lang said. “(Last year) was very dry, very warm, with very little thunderstorm activity. This is more typical of how we have June on the prairies.”

The rain hit many Saskatoon residents hard and unexpectedly. Water levels rose not just inches, but feet in some places.

Lang said the eastern and southeastern parts of the city saw between 45 and 75 millimeters of rain.

Sam Krahn is one of many affected by the storm, as his basement is flooding and the park across the street is now a pond.

“If we’re not being bombarded with snow storms, of course we’re going to have freak hail storms where everyone needs their siding replaced or torrential downpours where you can literally go swimming in your park, you know, it’s never a dull moment. with our climate,” he said.

Road closures have occurred in Saskatoon, with the city asking drivers to avoid Circle Drive between College Drive and Taylor Street, as well as between Preston Avenue South and McEown Avenue at Louise Street.

In addition to businesses and homes that were flooded, schools were also affected by the storm.

Flooding at Chief Whitecap School resulted in classes being canceled today, and families have been notified and asked to pick up their children as soon as possible.

The people of Saskatoon are still assessing the damage and waiting for the floodwaters to recede, though relief is on the way, according to Lang.

“It looks like things have finally cleared up and most of the storm’s energy has moved away,” he said. “We’re just expecting a few light showers and thunderstorms tonight, but for the most part I think we’re done with the event for now.” 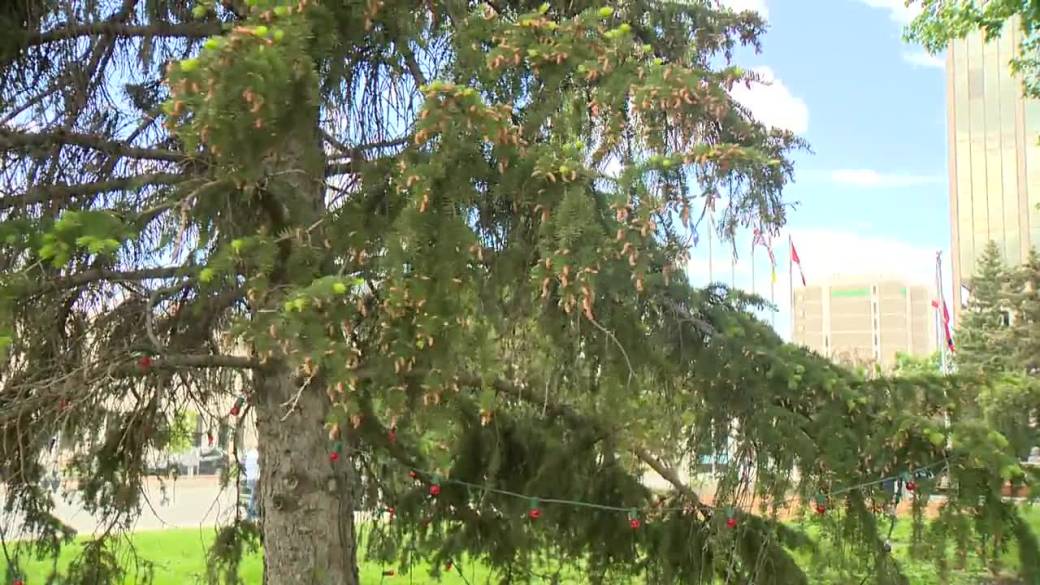 1:23
Elm seeds pile up again in Regina thanks to drought

Elm seeds pile up again in Regina thanks to drought