A senior from Port Hope, Ontario, took his love of local theater on the road Thursday morning with a fundraising walk to nearby Cobourg.

Keith Wilson, 97, launched a GoFundMe campaign in support of the long standing Capitol Theater and Arts Center in the center of Port Hope.

Boarding early Thursday morning, Wilson left Port Hope alone and crossed the shoulder of County Road 2 for the 6.1-kilometer walk to the Town of Cobourg sign.

Grandparents bring new skills to their golden years after the pandemic

“It’s crazy isn’t it?” he joked at the beginning of their adventure. “I walk every morning anyway, so I thought I could take advantage of it.

“There is no better cause than the Capitol Theater.”

Keith Wilson, 97, walked more than four miles from his retirement home in Port Hope to Cobourg to raise money for the Capital Theater in Port Hope. His hope is to raise $ 1,000. https://t.co/3dI1ywBEGD pic.twitter.com/YcOMPXeOPk

Wilson, who moved to Port Hope from Oshawa two years ago, says he has been a longtime supporter of the Capitol Theater.

“(I’ve) seen so many good shows there over the years,” he said. “I used to live in Oshawa but we always drove to shows all the time. It’s a wonderful theater, very professional. “

Throughout the walk, he was greeted by employees of Betty’s Pies and Tarts and an officer from the Cobourg Police Service.

“Some people say I inspire them, I hope I do,” said Wilson, who ran a television business in Oshawa and served in the Air Force during World War II between 1942 and 1945, but did not travel abroad.

His daughter Joanne Litt echoes the praise Wilson has received.

“He’s an inspiration, he’s always had goals for himself and says he always has to keep moving. He says ‘if I stop, I won’t be able to start over’ “.

Litt noted a year ago that Wilson’s retirement home was quarantined for two weeks due to a COVID-19 outbreak, which kept him in his bedroom.

“He was very upset that he couldn’t get out of his room for a walk,” he said. “After those two weeks, he was determined to go for a walk again to try to build up his stamina. And now he’s walking between Port Hope and Cobourg, it’s pretty amazing. “

Wilson finished his hike around 9 a.m., just in time for his daughter to drive him back to Port Hope for his exercise class.

Global News has contacted the Capitol Theater for comment. 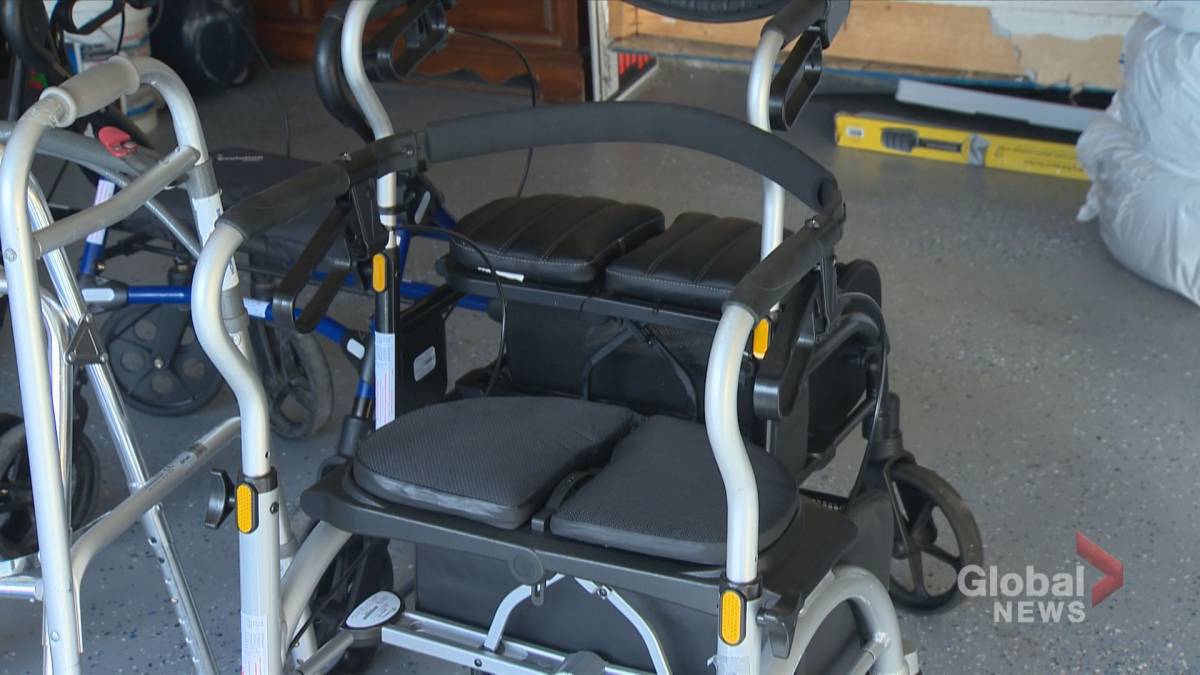 4:44The key role mobility plays in the health of older people