This is just one of the few mass gatherings the Waterloo Regional Police has been forced to respond to on Ezra Avenue since Wilfrid Laurier University and University of Waterloo students returned during the fall semester.

“This is unacceptable. It is irresponsible. It is very disappointing. Also, it is illegal,” Chief Bryan Larkin said.

“This behavior puts unreasonable pressure on WRPS and our emergency services partners and puts our already overburdened healthcare system at risk.”

Ezra Avenue, which is located in the heart of the area known as the “student ghetto” in Waterloo, is the traditional gathering point for students from Wilfrid Laurier University and the University of Waterloo for the homecoming on Valentine’s Day. Saint Patrick and on other occasions.

Recent meetings have seen the boss write a response, as well as Laurier’s president, Deborah McLatchey.

She warned students that they could be expelled from school if caught engaging in illegal activities.

Police say they have maintained a notable presence in university and college areas in the region.

They began their annual campaign in support of the Safe Semester Project on August 24 and have filed 210 charges for a series of offenses related to alcohol and driving. 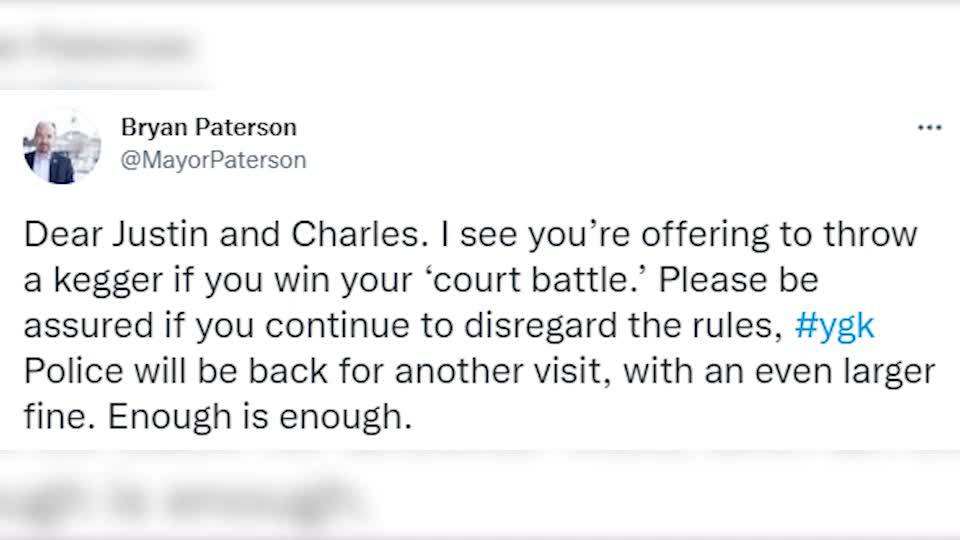