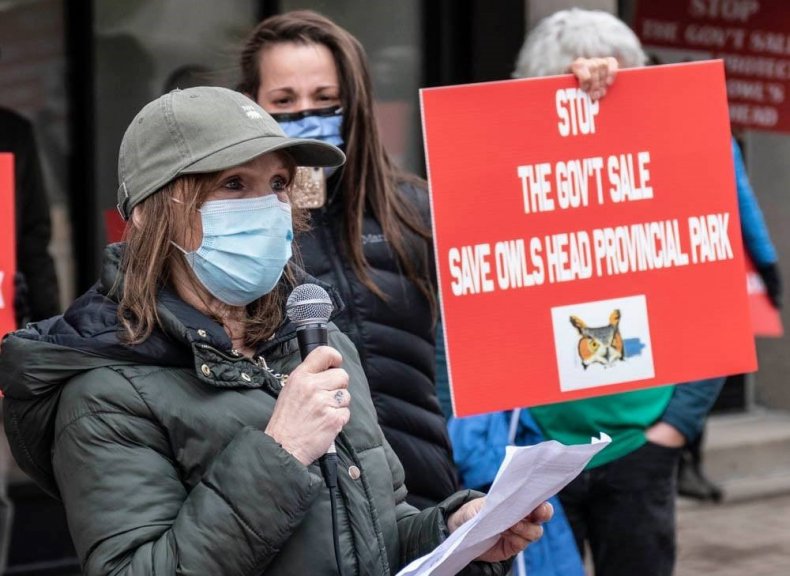 A coalition of activists, scientists and land advocates are celebrating in Nova Scotia this week, following the cancellation of a proposal that could have turned a piece of biodiverse coastal park to sand.

In 2019, the provincial government remove a 285-hectare provincial park from the list a reservation called Owl’s Head, on the east coast of Nova Scotia, to sell the land to a couple of American billionaires. Beckwith and Kitty Gilbert planned to build a series of golf courses and luxury homes on the site.

The revelation sparked strong opposition across the province and quickly became one of Nova Scotia’s hottest environmental issues.

On Tuesday, Lighthouse Links Development, the company behind the proposal, released a statement announcing that it had withdrawn from the December 2019 offer letter, saying: “We have concluded that we do not have the support from the Nova Scotia government necessary to make this project a reality “.

The news came as a welcome surprise to advocates, who have deployed a wide range of tactics over the past two years, including petitions, ceremonies, and scientific monitoring, to prevent the project from moving forward. Environmental groups pooled their money for a legal action that, if successful, could force the provinces to consult with residents before deciding the fate of public lands.

“It’s really amazing and overwhelming,” said Sydnee McKay, who grew up in the community alongside Owl’s Head and started the Facebook group that has been an organizing node opposing the sale. “It shows that the people of Nova Scotia really care about the land and its preservation.”

Before news of the park being delisted, residents had spent years assuming that the moorlands, wetlands, and granite ridges within its boundaries were fully protected.

But it turned out that the area was a park in name only, having never received full legal protection from the province.

Had development continued, the draft would have proposed turning some of the granite ridges into sand for golf courses. The project was presented as a way to generate jobs and income in a part of the province that has experienced a population decline and a lack of economic opportunities.

In 2019, the Nova Scotia government delisted a reserve in a 285-hectare provincial park called Owl’s Head on Nova Scotia’s east coast to sell the land to a couple of American billionaires. # Biodiversity # Ecosystems # Earth protection

At the time, then-Minister of Lands and Forests Iain Rankin said the decision to remove Owl’s Head reflected the fact that “there is not a high biodiversity value” compared to other sites proposed for legal protection.

But scientists … even within the provincial government – have disputed that characterization, pointing out that Owl’s Head is home to a “globally rare” ecosystem, the coastal broom heath. In the past two years, researchers have also documented the area’s biodiversity and begun sampling the park’s wetlands and eelgrass meadows to assess the amount of carbon stored in those ecosystems.

For Elizabeth Marshall, a Mi’kmaq grandmother from the Eskasoni First Nation, the devaluation of the area was a concern enough that she recently traveled four hours from her community to the rocky shoreline at Owl’s Head to participate in a water ceremony with other grandmothers.

“That place is a paradise,” Marshall said, rejecting the idea that the area has little biodiversity value. “I went there because I want to show my ancestors and the Creator my love for creation by affirming our title and sovereignty.”

Marshall said the secrecy surrounding the sale, which included the developer asking to delay query with the indigenous communities until the purchase of the lands was signed, it was “colonization in a nutshell.”

“We have had to commit ourselves to this kind of colonial attitude for a long time. But we don’t have to put up with it anymore, ”Marshall said. In recent weeks, Marshall had changed his opposing strategy, urging park supporters to contact the developer to express their support for the grandmothers.

“We have to defend the next generation because they deserve better than what these men promise.”

The secrecy of the sale also sparked a lawsuit in the Nova Scotia Supreme Court, where a retired provincial biologist and a group of citizens requested a judicial review of the province’s decision to remove the park from the list, arguing that the process had been faulty.

“Obviously, there were no inquiries about the actual decision to remove Owl’s Head,” said Jamie Simpson, the group’s attorney.

“That was the most important aspect of this that we saw, that there should be an obligation on the part of the government to inform the public before moving forward with decision-making on issues like this.”

The application was fired and is currently in the appeal process. Since the project has now been abandoned, the appellants are deciding whether to go ahead.

If appropriate, Simpson said the appellants intend to push for the introduction of a public trust doctrine into common law, the fundamental principle of which is that the state holds public lands in trust for the benefit of citizens. If it is adopted, the government may have to consult before moving forward with decisions involving public lands, he added.

“In our opinion, that would encourage a much better decision-making process and avoid the crazy situation that developed with Owl’s Head, where the public was completely left out of the process and all the frustration that resulted.”

Because the appeal also has the potential to affect Canadian common law, it has attracted the attention of other organizations. At a hearing on Wednesday, both parties agreed to a request from Ecojustice to act as intervener in the case.

Sarah McDonald, a staff attorney for Ecojustice’s Halifax office, said Ecojustice applied for comptroller status because she felt the case would set an important precedent by requiring governments to notify the public before making decisions on public lands.

Meanwhile, advocates say that even at Owl’s Head, the job is not done.

As part of his contribution to protecting Owl’s Head, Beverley Isaacs, who lives nearby, has been guiding visitors on walking tours of the area. Now that the company has withdrawn its offering, it hopes the province will invest in boardwalks or other infrastructure to help more people experience the area and bring sustainable economic development to the community.

More importantly, she and other activists hope the government will listen to people in the province and provide full legal protection to Owl’s Head and approximately 150 other sites in Nova Scotia pending legal protection.

“I think that, for some people, they don’t want to get involved in these things because they think that our voices will never be heard, that it is a losing battle with the government,” he said. “I think this shows that our voices are being heard and we must not give up, we must continue for what is right for the people of Nova Scotia.”

View all posts by thecanadian → 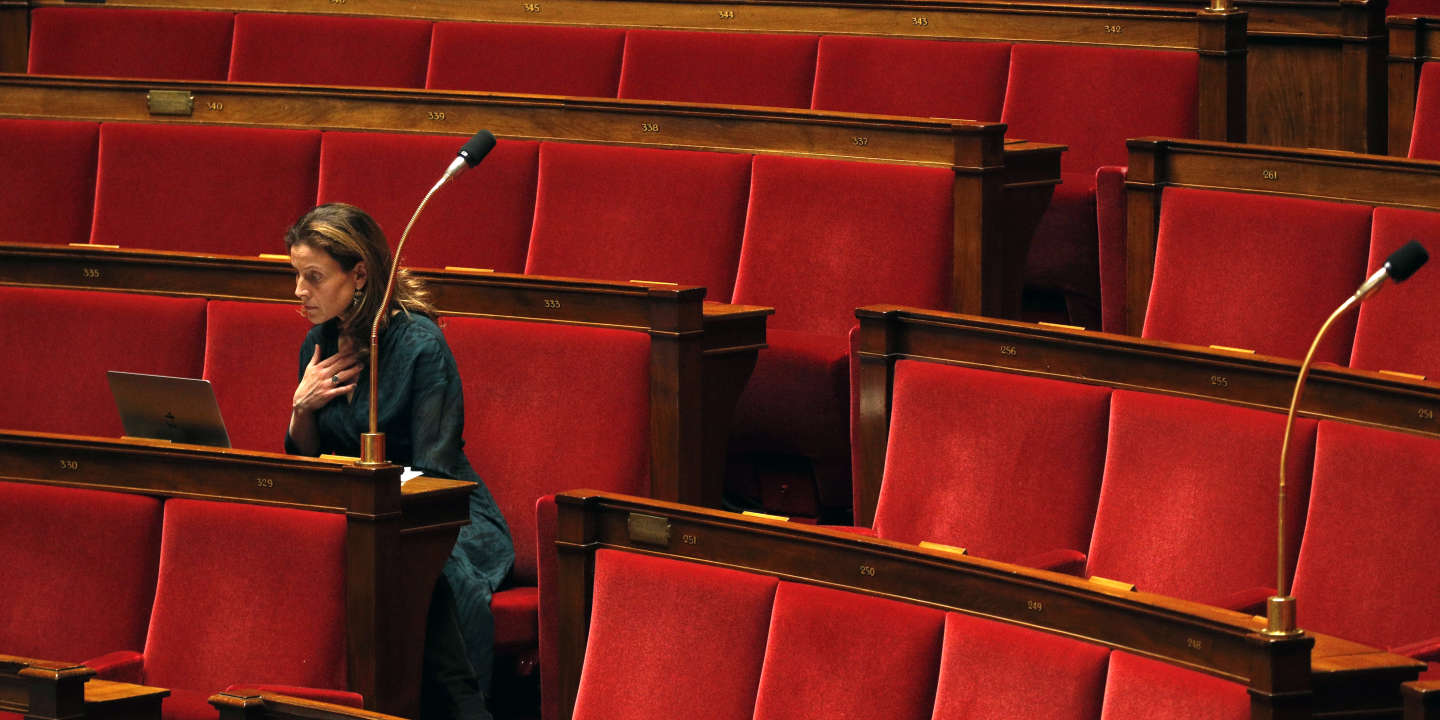 Occupational health reform: the cautious reaction of the social partners 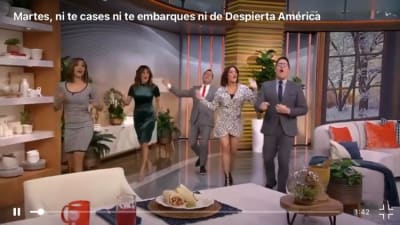 “It shows no matter how much he wants to hide it.” For a video, fans of Francisca Lachapel assure that she is pregnant 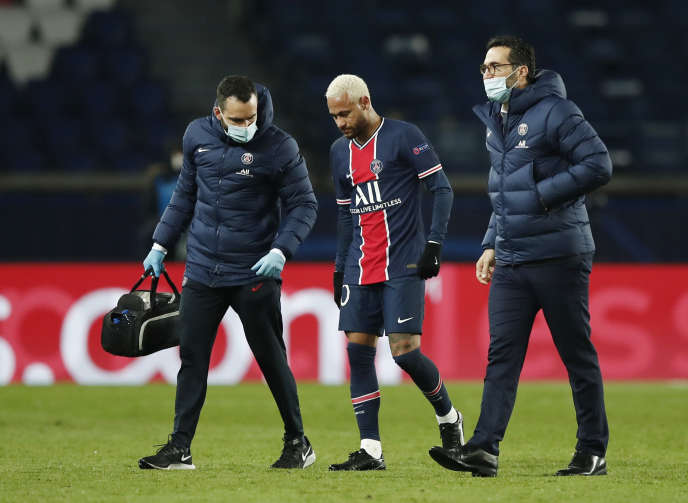 Overloaded calendars: football at the risk of breakdown