Kitchen robots have become so fashionable in recent times in Spain that they have gone from costing the thousands of euros that manufacturers asked for them years ago a few hundred. Firms like Lidl or Aldi have wanted to launch their economic alternatives, with special offers in our country. Without going any further, Aldi herself has just announced it with your own Thermomix.

As we see in the offers brochure of the supermarket chain that covers from October 29 to 5, Aldi will launch a special promotion for its Masterpro kitchen robot. A robot that normally costs 349 euros, and that on Saturday, October 2 it will be worth 279 euros.

A 20% discount that will allow us to acquire a very useful robot that has 9 automatic programs, 12 speeds and that has been developed in collaboration with the Cook&Chef Institute, in conjunction with more than 100 chefs, including Pepe Rodríguez and Carlos Maldonado.

This is the Masterpro robot from Aldi. It has a power of 1,000 W (with a cooking power of 1,000 and a mixer power of 600) and has a temperature range of 37 to 120 degrees. In its body we see a 3.5-liter stainless steel glass, a scale integrated in the glass and a 5-inch touch screen to operate the robot.

In addition to the 9 automatic programs already mentioned, the robot integrates up to 12 different functions; It is capable of chopping, blending, kneading, stirring, mixing, whipping, steaming, slow cooking, slicing and shredding, all on a timer. Thanks to the scale, we can weigh the food to have more precision when adding the ingredients. 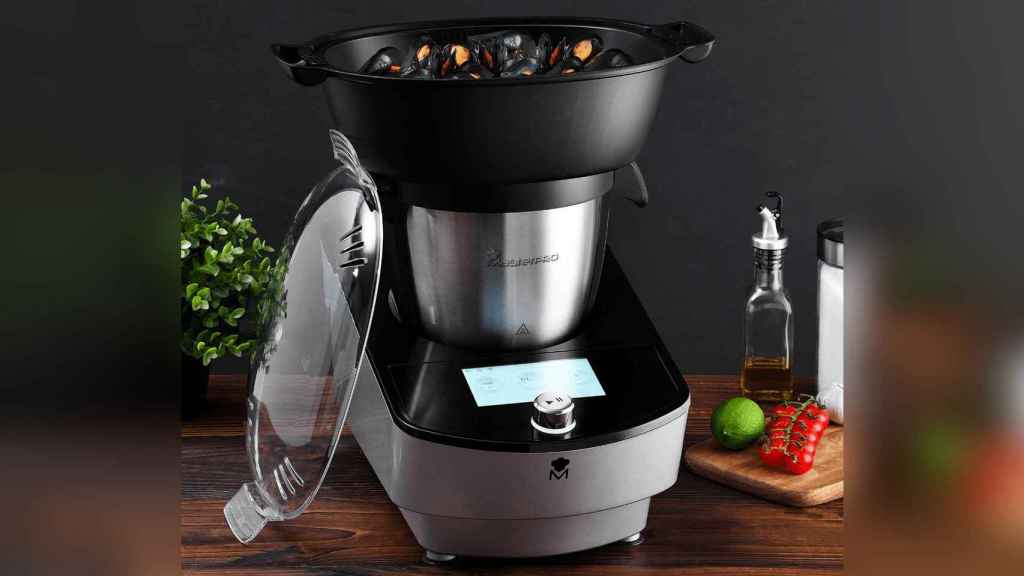 By having WiFi, one of the keys to the robot is that it integrates more than 350 recipes, also made in conjunction with the previously named chefs. They can be accessed from the robot and from the Masterpro Club application. They are updated by WiFi to get new and better recipes and are explained step by step, including the amounts to include.

On sale on Saturday

Aldi will sell this bargain robot on October 2, that is, next Saturday at a special price. Normally, the robot costs 349 euros, and next Saturday, it will cost only 279 euros. Yes, it is a discount of 20%.

With the purchase of the Aldi robot, we will have up to 3 years warranty and we can buy it from the Aldi website. Save the offer for next Saturday, as this robot will probably sell out immediately.