Signs of a third wave multiply

As the number of new infections continues to fall globally, only Africa remains prone to an increase in the number of Covid-19 cases week after week, according to figures from the World Health Organization (WHO).

For the second week in a row, the 20% mark for new cases has been crossed on the continent. There is now a cumulative amount of nearly 5 million cases across the country since the start of the pandemic. However, the outbreak only concerns a few countries: Egypt, South Africa, Uganda, Zambia and Tunisia, which represent 72% of new infections recorded, with a significant increase in variants, in particular the “delta” detected in India.

Article reserved for our subscribers Read also “The Covid-19 is not, in terms of health, the main problem in Africa”

This situation is partly explained by the difficult deployment of vaccination on the continent. WHO encourages states to extend their immunization strategies to rural and more remote areas, prioritizing vaccines that are about to expire. In Africa, 20 countries used less than half of the doses received.

This is the number of doses of Pfizer-BioNTech that the United States is preparing to give to nearly 100 poor countries through the Covax system. US President Joe Biden announced it on Thursday, June 10, on the eve of the G7 summit. Some 200 million doses will be sent this year, the rest in 2022. “ It will be a great support. We are at war and this is very positive news that we must recognize and celebrate “, praised the director of the African Union Center for Disease Control and Prevention (Africa CDC), John Nkengasong, although the exact number of doses destined for the continent has not yet been specified.

Morocco unveiled its strategy for reopening air borders on Sunday. The foreign ministry detailed in a press release the measures “Progressive” which will come into force as of June 15 and will concern some fifty countries.

To limit the spread of the virus on the territory, Rabat has chosen to set up a classification system for countries, established according to epidemiological indices. Two lists were thus created. Travelers from List A countries, i.e. those with “Positive indicators” (including those from the European Union), will be able to enter Moroccan territory on presentation of a negative PCR test of less than 48 hours or a vaccination certificate.

List B concerns 74 countries subject to “ a spread of variants or the absence of precise statistics on the epidemiological situation “, including India, South Africa and Algeria. Travelers from these countries will need to have exceptional authorization, present a negative PCR test of less than 48 hours and undergo a ten-day isolation period upon arrival.

According to official figures, the kingdom has recorded since the start of the pandemic 522,765 contaminations and 9,192 deaths. On the vaccination side, more than 9 million Moroccans have been vaccinated, including 5.8 million with two injections.

While the health situation is timidly improving in Egypt, the Minister of Health, Hala Zayed, announced on Monday that the country would produce the Chinese vaccine Sinovac on its soil. After receiving the necessary raw materials at the end of May, the government intends to kick off production on June 15, under the supervision of Chinese experts. Six weeks of checks and examinations will be necessary before the doses can be sent to the vaccination centers.

The country should thus be able to produce 4.2 million vaccines in June and aims for 40 million by the end of the year, for distribution throughout the country but also in other African countries. A “Historic step for the country”, according to Hala Zayed. Now very active in the field of vaccination, Cairo is counting on the acceleration of the campaign and even hopes to be able to produce the AstraZeneca vaccine in the long term, to reach 40% of its 100 million inhabitants by the end of it. 2021. According to the authorities, nearly one million doses have been administered to date.

The latest World Bank report, released on Tuesday, draws a mixed picture of the economic recovery from the pandemic. “Advanced economies are having their best days, low-income countries are having their worst”, sums up the institution’s number two, Ayhan Kose. The bank forecasts global economic growth of 5.6% in 2021: “A post-recession rebound of unprecedented magnitude in eighty years , According to the report. This figure is partly driven by the spectacular recovery of some large economies, such as China and the United States. On the other hand, despite signs of recovery, African countries remain subject to strong uncertainties.

In the Central African Republic, Equatorial Guinea, Niger and Kenya, “Political uncertainties and the lingering effects of the pandemic” will delay investment and slow down the recovery. Per capita incomes are expected to be 4% lower on average than in 2019. For countries “Fragile or affected by conflict”, the World Bank forecasts a sharp decline in production in 2022, up to 5.3% compared to 2019. Large economies such as Angola, Nigeria and South Africa are experiencing a beginning of an upturn in ‘activity. Sub-Saharan Africa is expected to return to growth of 2.8% this year, then 3.3% in 2022.

Health workers on strike in Abidjan

Nearly a thousand health workers in white coats mobilized in Abidjan on Tuesday as part of a strike movement. Doctors, nurses, midwives and health technicians invaded the administrative city, where the Ivorian Ministry of Health is located, in the Plateau district. Purpose of the operation: to express their ” Fed up “ after the non-payment of premiums linked to the epidemic.

Read also In Abidjan, the coronavirus puts love to the test

The employees came to claim nearly thirteen months of unpaid bills: monthly premiums of between 90,000 and 235,000 CFA francs (between 137 and 358 euros) which had not been paid. A total of 4,166 health officials are involved. After a year of negotiations with the authorities, the demonstrators denounce “Big promises without results »And underline “The emergency” the payment of bonuses.

In the fall, a two-week strike by health personnel took place for the same reasons, a mobilization which then shook the activity of hospitals in the country. Côte d’Ivoire and its 25 million inhabitants remain little affected by the epidemic, with 47,605 cases and 306 deaths, according to official figures. 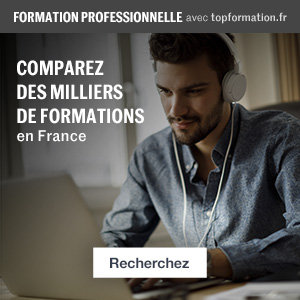 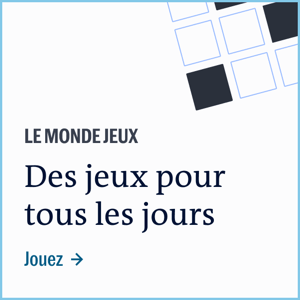 You can read The world on one device at a time

This message will appear on the other device.

To support the work of an entire editorial staff, we suggest you subscribe.

You chose when you browse our site, in particular personalized advertising cookies.

The content of this site is the fruit of the work of 500 journalists who provide you with quality, reliable, comprehensive information and innovative online services every day. This work is based on additional income from advertising and subscription.