He was vaccinated with AstraZeneca on April 7. The next day he began to feel unwell, but continued to go to the Aizoáin (Navarra) barracks. A week later, on Thursday 15, headaches and severe discomfort made him take out the medicine cabinet. It did not improve. That afternoon he went to the emergency room, in Pamplona, ​​and returned on the 19th. Neither. Two days later, on Wednesday the 21st, his wife found him on the ground, unconscious, and took him a third time. In the early morning of the 23rd he died, the result of a thrombus, at the University of Navarra Clinic.

So were the last days of Francisco Pérez Benitez (Barcelona, ​​1985), Corporal Pérez, as his colleagues remind him in conversation with EL ESPAÑOL. He had been in the Army since 2011, when he joined the “Galicia” Mountain Hunters Regiment No. 64, in Jaca (Huesca). There he met his wife, Elizabeth, Beth, with which he moved to Navarra as soon as his destination was changed. At the moment of the fatal outcome, she was five months pregnant Of a girl.

He had just entered the Army and came from Tarragona, where he spent his childhood and adolescence. She, of British origin, taught English and was preparing a degree from UNED. They met in 2014, fell in love, and the same year he got a vacancy at the Infantry Regiment “America” ​​No. 66, from Cazadores de Montaña, in Aizoáin (Navarra). She followed him two years later, in 2016.

They found a little apartment in Berrizoar, a five-minute drive from the barracks, and decided to start a family. On February 12, with her 22 weeks pregnantThey were married civilly, in an intimate and discreet ceremony. His plans, according to Beth herself told Navarra newspaperThey were to sell the house and move to another, with a garden, to raise the little girl.

Only good words are heard from Corporal Pérez. The second of three siblings, he was born in Barcelona on November 28, 1985, although his childhood and adolescence were spent in Tarragona. His parents still live there.

Those who know him say that he had “a tremendous personality, that illuminated ”. “He was very close to his teammates, with a lot of spirit and humanity. His has touched us completely ”, a friend of the Regiment confesses to EL ESPAÑOL. “We never thought that 0,00034% it would be our turn, ”he says, in relation to the thrombi produced by the AstraZeneca vaccine.

In addition to the eternal smile that accompanied him, Pérez distinguished himself as “a tireless worker.” He had entered the Army of second, after spending several years working in an aluminum carpentry, until he entered during the first cycle of 2011, with just 25 years of age. 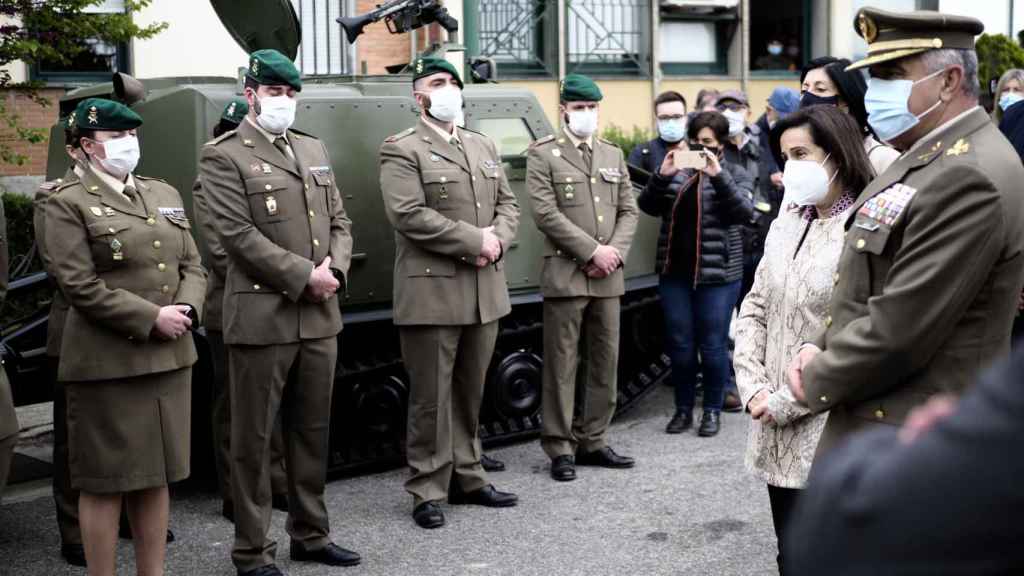 In 2018, the same year that he ascended out, he was awarded the Cross of Military Merit with a white badge, which rewards perseverance and extraordinary work. He always served in mountain regiments.

Three visits to the ER

On April 7, in the same Aizoáin unit, he was vaccinated with AstraZeneca. The next morning he already felt bad, but he kept going to work for another week. On the 15th, a week later, he said enough, and the headaches “and an acute discomfort” forced him to reach for the medicine cabinet at the barracks. 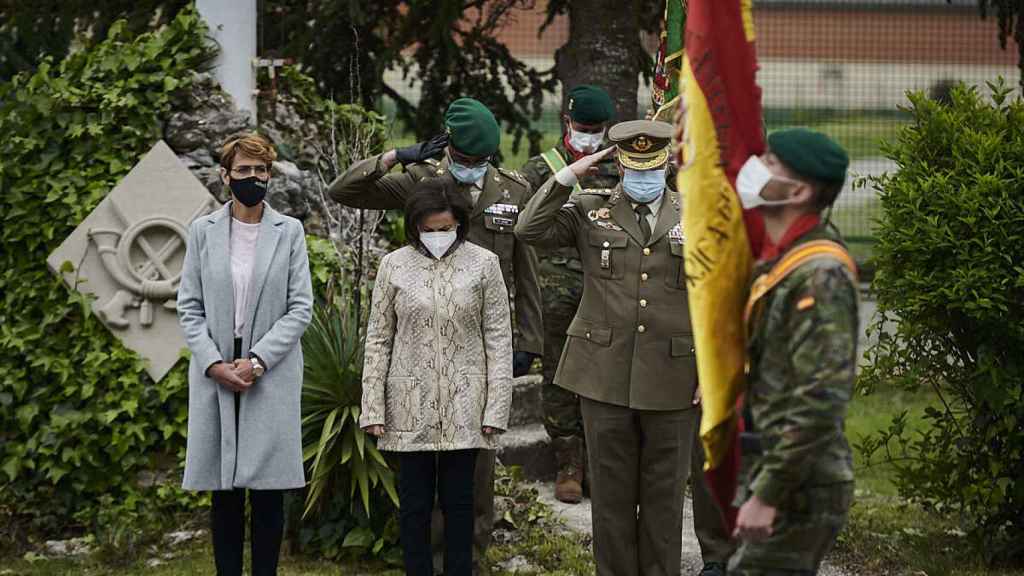 The Minister of Defense, Margarita Robles and the President of the Government of Navarra, María Chivite, visit the Regiment “América” ​​66, to which Corporal Pérez belonged.

That same afternoon, Army sources confirm, he went to the emergency room of the San Miguel Clinic in Pamplona for the first time, but returned home. The 19th was a second time, and nothing either. The last was on the night of Thursday the 21st, when he suffered a fading on your floor. Beth found him lying down and took him back to the hospital, where he was admitted until the early hours of Friday to Saturday.

He was transferred to the University Clinic of Navarra, in the same capital, where he finally died. As soon as the defense minister broke the news, Margaret Robles, made himself available to the corporal’s relatives and friends, visiting them this Monday at the Aizoáin barracks. There he confirmed that, as all the medical reports pointed out, the cause of death was due to the vaccine, although he stressed the need to continue with the inoculations.

“In the medical reports they have given us, it seems that there is no doubt that the consequence was the administration of the vaccine. It is true that it is very hard and that situations like these happen, […] but the vaccine is also insurance“, he clarified.” We have to defeat the virus, and the best way, even though there are hard and painful moments, is precisely to get vaccinated. “