According to documents released as part of the ongoing Epic v. Apple’s Phil Schiller, the Apple executive in charge of the App Store, suggested cutting the tech giant’s 30% App Store commission to 25-20% in 2011.

Schiller pitched the idea to Apple CEO Steve Jobs and the company’s chief of services, Eddy Cue. The email, first reported by Bloomberg, was released as part of Apple’s legal battle with Epic Games.

The head of the App Store starts the email with “Do we think our 70/30 split will last forever?”, Before saying that “I think one day we will see enough challenges from another platform or web-based solutions to want to adjust our model “. “Schiller says Apple should change its fee structure” from a position of strength rather than weakness “and says the company could change its commission rate once Apple begins generating more than $ 1 billion in annual profit. 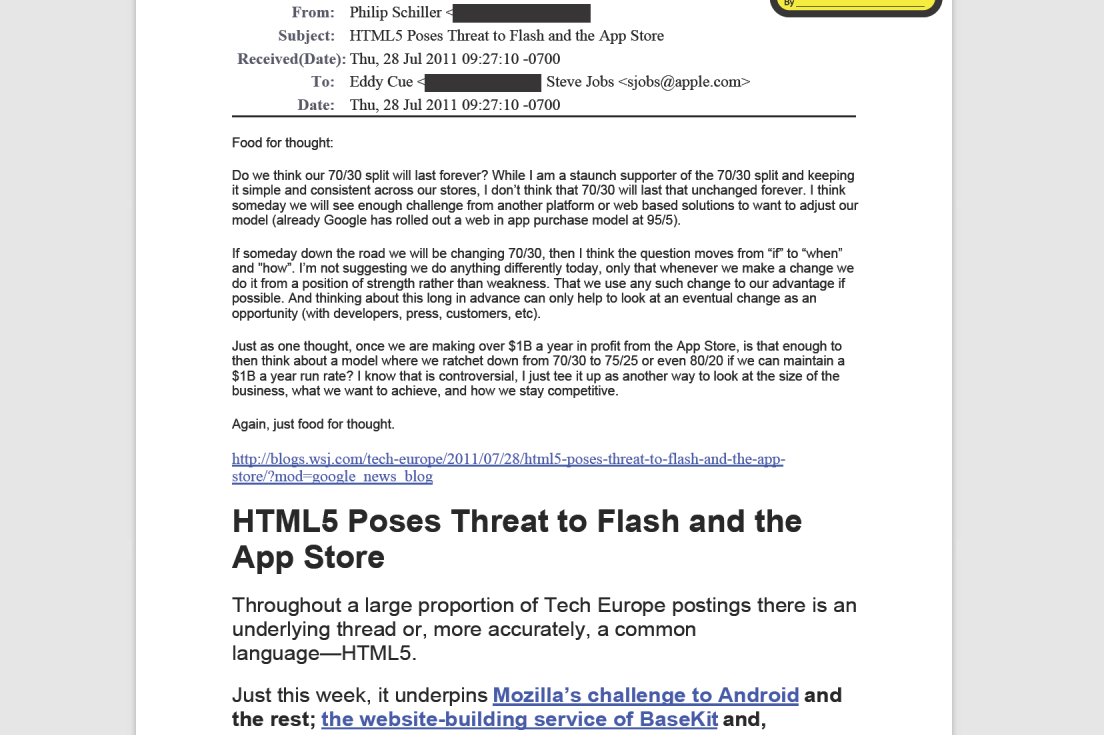 The email was published as part of Epic’s legal battle with Apple.

The email also includes a link to a 2011 Wall Street Journal article which describes how developers can use web applications to avoid the Apple App Store fee.

Along with the tech giant’s tight control over its App Store, the 30 percent commission Apple takes from in-app purchases is a focal point of Epic’s legal battle with the company. Since Epic must use Apple’s payment system for in-app purchases within Fortnite, resulting in a 30 percent commission for the latter company, Epic argues that the App Store tied to the iPhone and iPad makes it a monopoly.

In response to criticism from Epic, Apple cut its commission to 15 percent for developers making less than $ 1 million in sales through its store.

The trial of Epic v. Apple started on May 3 and is expected to last three weeks.