The renewable fever of recent years in Spain has caused the construction of photovoltaic parks in the national territory to grow in surprising numbers. So much so, that the ten largest occupy an area of ​​5,913 hectares, or what is the same, 8,281 football fields with the dimensions of the Santiago Bernabéu.

The Ministry for the Ecological Transition and the Demographic Challenge (MITECO) shows all the photovoltaic plants that have been installed or have requested their registration in an autonomous community as of January 1, 2021.

Invertia has compiled the ten largest plants. They are distributed in four autonomous communities. The region that takes the cake in terms of construction of these infrastructures is undoubtedly Estremadura with five, which add 3,912 hectares of surface. They are followed, in this order, by Andalusia (2), Murcia (2) and Castilla-La Mancha (1).

One thousand or more hectares

The three largest photovoltaic plants in Spain, and almost in Europe, are located in Extremadura and Murcia. All around or over a thousand hectares. That amounts to 10 million square meters each.

Leads the classification by extension the plant Francisco Pizarro that three contractors (one of them FCC Industrial) build for Iberdrola in the terms of the municipalities of Torrecillas de la Tiesa and Aldeacentenera in Cáceres. It will require an investment of more than 300 million euros.

On 1,300 hectares, the electricity company will achieve an installed power of 589 MW, the largest in Europe and the largest Iberdrola in the world, thanks to its 1,594,260 solar panel modules. It will produce clean energy for a population equivalent to 375,000 people / year and will avoid the emission of 245,000 tons of CO2 per year. It is scheduled to start operating in 2022.

After the arrival of the Francisco de Pizarro plant, the photovoltaic installation Núñez de Balboa, also owned by Iberdrola, comes in second place. The company chaired by Ignacio Sánchez Galán launched this project in April last year, which has been completed in the record period of one year.

With an installed power of 500 megawatts (MW) y an investment close to 300 million euros, the plant, promoted with the collaboration of Ecoenergías del Guadiana, covers around a thousand hectares between the Badajoz municipalities of Usagre, Hinojosa del Valle and Bienvenida. The plant generates clean energy to supply 250,000 people / year and avoids the emission into the atmosphere of 215,000 tons of CO2 per year.

La Murciana closes the podium Mula Photovoltaic Solar Power Station. When it opened in 2019 it was the largest plant in Europe with its thousand hectares and its 494 MW power. It is one of the photovoltaic plants that ACS started up after winning 1,550 MW of photovoltaic solar energy in the auction held in July 2017.

The company chaired by Florentino Pérez sold the installation to the Canadian fund Northleaf, a subsidiary of TD Bank Financial Group for around € 300 millions, although its by then subsidiary Cobra stayed as an epicist and builder.

Less than a thousand hectares

Although the brick may seem to be missing the next photovoltaic plants in the ranking, they are huge. The Casa de Campo de Madrid has 1,722 hectares and skirting its limits by bike can take an hour and a half at a leisurely pace.

Dyou The most installed plants in Cáceres have 300 MW of power each. Both functions were in the testing phase as of January 1 of this year, according to Miteco data.

Talayuela Solar, with their 820 hectares, will generate approximately 600 GWh / year. The solar energy produced will be similar to the energy needed to serve 150,000 homes equivalent to the city of Badajoz for a whole year or up to 22,000 annual routes of the future Madrid-Badajoz AVE.

Thalassol, promoted by Israeli group Ellomay Capital and connected to the electricity grid by the end of 2020, it will produce 565 GWh (gigawatt-hours) in its 615 hectares, equivalent to the annual electricity consumption of some 170,000 homes.

In the Sevillian municipality of Alcalá de Guadaira, the multinational renewable energy Prodiel, chaired by Ángel Haro, has four photovoltaic plants totaling 600 megawatts, capable of supplying 420,000 homes and whose total investment was around 500 million euros. Two of them, The Island and Don Rodrigo, occupy a combined area of ​​400 hectares and have been operating since autumn 2019. 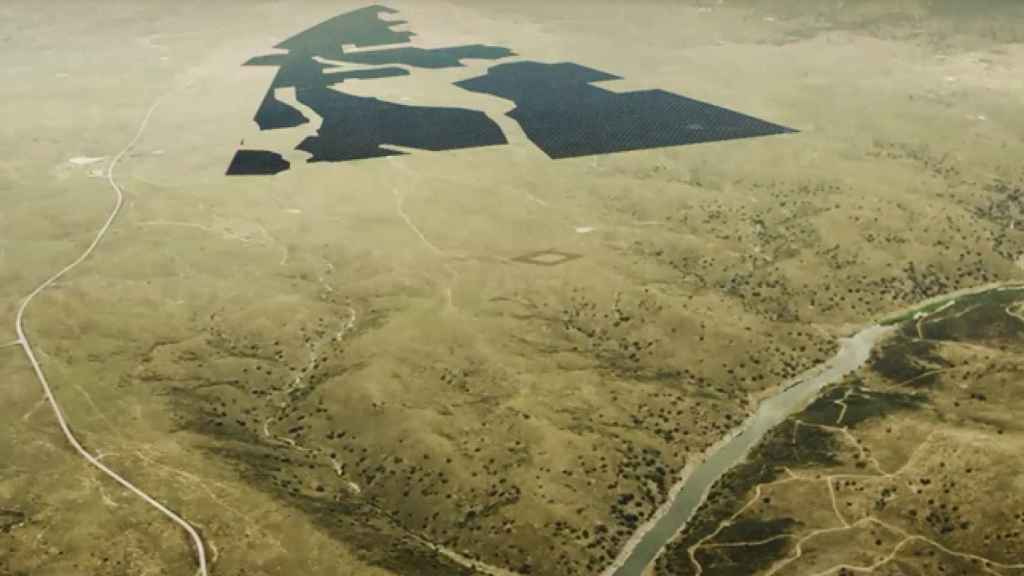 Without leaving Sevillian lands, in Guillena, the plant owned by the German company Luxacara distributes in its 280 hectares 341,040 solar modules with a total power of 120 MW. In service since April last year, it will generate approximately 220 GWh of clean energy annually, enough to supply around 40,000 inhabitants and avoid the annual emission of 100,000 tons of CO2.

Complete the list of the ten largest photovoltaic plants in Spain: Puertollano II in the town of La Mancha (250 hectares and 100 MW of power), FV Welcome in the Badajoz municipality of the same name (177 hectares and 94 MW) and Paraje Las Flotas de los Áramos located in Totana (71 hectares and 85 MW).