What a detail! Singer Jesús Mendoza filled his black truck with red roses to give them to his girlfriend Mayeli Alonso, Lupillo Rivera’s ex-wife, as part of the video for his song Como ella, although they tell him that he “killed two birds with one stone”.

Through your official account Instagram, Jesús Mendoza shared a video of a few seconds that gave a lot to talk about, since his black truck full of red roses is shown for Mayeli Alonso.

“That is the most beautiful thing that can exist in life … well deserved it is, she is a beautiful and brave woman”, “How beautiful and apart it helps those who are dedicated to selling flowers”, “The roses were for the video or did you give them to Maye or how? You killed two birds with one stone ”, you can read in some comments.

On the other hand, some people went with everything to the singer, who recently released the video for this song: “Pin … bato clown”, “Then he will walk like Lupillo Rivera”, “Now get over it.”

But there would be more users who would congratulate Jesús Mendoza for having shared this detail with Lupillo Rivera’s ex-wife: having filled his black truck with red roses. 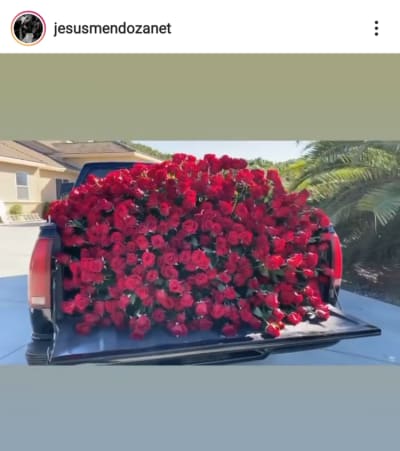 “Without a doubt, a queen raised you, taught you how to treat a woman like Mayeli Alonso, a ching woman… who deserves the best (all women and men deserve the best), to be treated like a queen , as you do ”.

And so that there would be no doubt that the red roses with which Jesús Mendoza filled his black truck had an owner, in the video of the topic How she confirms that they were for the businesswoman Mayeli Alonso, ex-wife of Lupillo Rivera.

With more than a million and a half views in less than two weeks of being released, this video is available on the Catrín Records YouTube channel.

To the rhythm of the mariachi, this song contains fragments like the following: “Let her live in peace, go bother somewhere else”, indirect for Lupillo Rivera? 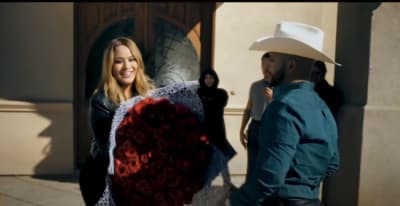 That would not be all, since seconds later, you can hear: “You had your chance, but you threw it away. She must fall in love that he treats her with tenderness. He’s tired of louts, your place is already taken. “

Addressing Mayeli Alonso, the singer expresses: “She has the right to touch the stars, for someone to tell her such beautiful things, like her.”

Again, for Lupillo Rivera? Jesús Mendoza sings: “Don’t get in her way and let her fly, you’ve hit her soul and I don’t think you’ll find someone like her.”

“Lupillo, there they talk to you”

In addition to the red roses with which he filled his black truck, Jesús Mendoza gave Mayeli Alonso a huge bouquet, in addition to decorating his house with a giant arrangement with the name of the businesswoman.

User comments were swift, including from a person who assured that the song Como ella could be addressed to Lupillo Rivera: “Lupillo, there they speak to you.” 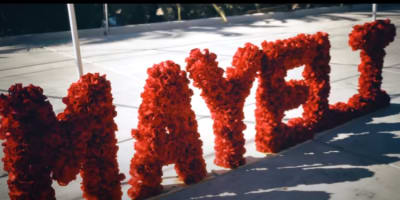