Ximena Duque reveals sad news after she gave birth to her baby Skye, which provided the Colombian with terrible periods of stress and sadness: “I got frustrated, traumatized, cried, fought and kicked.”

It was on February 6 when the Colombian, Ximena Duque and her husband Jay Adkins, welcomed their third daughter named Skye, in the midst of the pneumonia that her family, along with the actress, were suffering from causes of coronavirus.

After this complicated situation, Ximena Duque managed to give birth to her baby Skye, who according to the portal Hello!, The little girl had been born by caesarean section, after the actress had been pushing for two and a half hours to be born naturally, however that was not achieved.

“With Skye I pushed for two and a half hours, feeling all the contractions because the anesthesia was not working,” Ximena recalled at that moment.

After this situation, and through her official Instagram account, Ximena Duque spoke about an extremely sensitive topic, which had occurred just after her baby Skye was born.

According to the portal People in spanish, The businesswoman also confessed that after giving birth, she fell completely asleep, to such a degree that she could not get up due to lack of strength, however, she had to recover to care for her baby:

“I had to get strong because if I’m not strong for my daughter, who is going to be?” Ximena Duque said on her social networks.

Because the Colombian fell asleep, she could not breastfeed her daughter at that time, and when she was recovered and strong, she tried to do so, but it was too late, Skye no longer wanted to be breastfed:

“My theory is that she tried the tete first and it is much easier to drink milk from a bottle, she got used to it and she does not want to do the job of sucking the nipple, period” Ximena Duque explained about her baby.

After revealing sad news, Ximena Duque confessed that not being able to breastfeed her baby affected her a lot, since the Colombian yearned to breastfeed Skye, but she had no choice but to accept it.

Unfortunately, this would not be the only complicated situation that she would have to live, since after not being able to breastfeed her daughter, she had to remove the milk from her breasts, but it was not possible, a fact that ended up affecting the businesswoman even more: ” It didn’t come out, I was traumatized, frustrated, cried, fought and kicked ”.

After this, the presenter grabbed her strength and said to herself: “No more Ximena, don’t torture yourself anymore.” 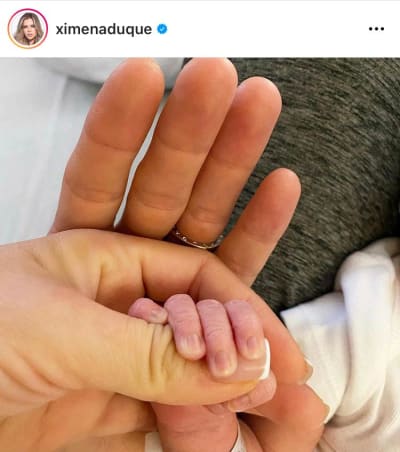 Although it should be noted that the reason why she could not express milk from her breast was not known, one of the credible situations could have been due to the COVID that she had suffered before Skye’s birth.

The presenter tells how she cried when she saw that other mothers could breastfeed their baby, while she simply could not. “I see photos of women breastfeeding and I am not going to deny that the tear is coming, because it was something that I always wanted.”

After confessing this sad news about her baby, Ximena Duque asked her followers on social networks, which number almost 4 million, not to torture themselves or allow themselves to be affected by anyone’s criticism, be it even value judgments of other people because of not being able to breastfeed:

“You have to listen to your body, there are women who can breastfeed for months, how rich, but there are others who are not given it, and that’s fine, don’t feel sorry for them or fear,” the Colombian spoke to her followers. 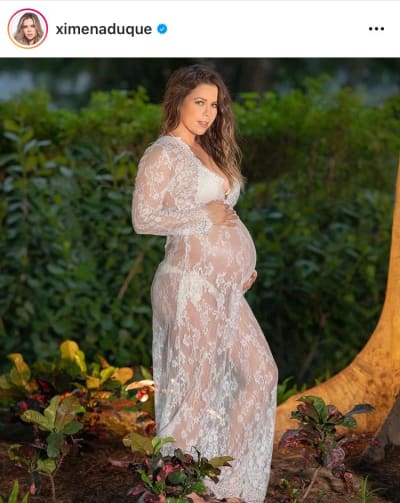 “Whoever judges who judges, the person who does that does not deserve to be in your life,” Ximena Duque confessed after telling the terrible news that affected her after the birth of her third baby, Skye.