A woman on TikTok shared a video of some photos of her husband where she discovered that he was unfaithful, and launched a challenge to Internet users to discover what were the reasons why the young man is now single, according to the portal TN.

Everything seems to indicate that the woman found something that made her ex-husband suspect, since in her video she invites the users to discover the evidence of infidelity.

“My husband sent me photos trying to look cute in his casino suite, but I noticed some strange things, now he is single. Can you guess what it is? ”That’s how I post the mentioned clip on the social network.

In total there were two photographs that the young man sent to his now ex-wife, where it is seen that he is inside a room in a hotel, but he forgot to hide some articles that were the culprits of their separation.

In the first image, the woman’s partner is seen wearing a jacket and jeans, the subject took the snapshot in a mirror, but something strange is on the sink.

In the second image it is seen that the young man has already removed his jacket and is only wearing a pink shirt, the snapshot was taken in the bathroom of the room, since you can see the shower. 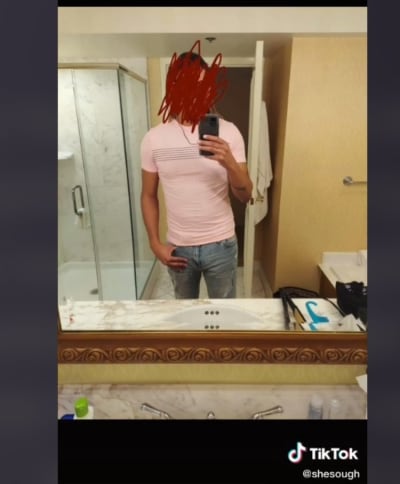 Among the objects for which the woman discovered her husband’s infidelity was a hair straightener that is in the sink next to an apparently woman’s bag, in addition to the fact that the young man was not wearing his engagement ring.

“NOW HE IS SINGLE”

In a second video that the woman shared, where she clarifies what she saw to discover that her ex-partner was with another woman at that time and updated her followers on how this case ended. 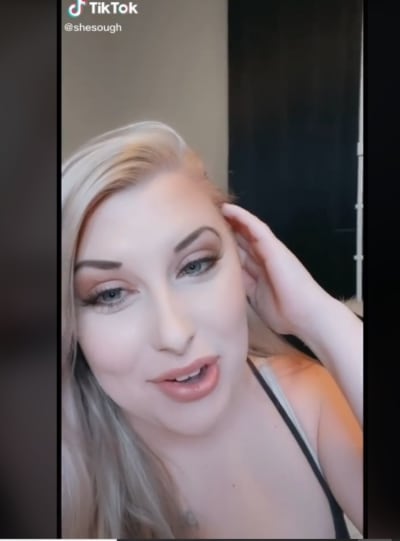 “As an excuse he told me that this was not his room and that it was in a friend’s room. According to him, he was there and he sent me the photo from the bathroom of that other person, who is dating a woman. But the truth is that I did not believe him because why are you going to send me a photo from there? ”He said on TikTok.

At the end, the young woman gave the man hope and asked the users to help her find her ex-partner to find out if she was really lying to her or she was wrong.

“If someone sees him there let me know because I want to know if he lies to me, although I think he does,” he said in his video to finish.