A young woman crashes into an open-air restaurant in California and ends up leaving one of the diners injured.

Driving under the influence of alcohol or drugs can lead to serious problems. It is not only dangerous, it is also illegal. Even so, many people continue to commit this recklessness on a daily basis, putting their lives and the lives of others at risk.

Such is the case of Piper Pollard, a 21-year-old girl, who was driving under the influence of substances last Friday when she crashed into the outdoor tables of a well-known restaurant: the Urth Caffe located in the 2300 block of Main Street in Santa Monica, California.

The incident occurred around 8 pm and despite hitting the protective concrete barrier of the establishment, one of the clients was injured, the Santa Monica Police reported.

The diners heard the impact and, after verifying that it was a crash, they noticed that one of the fenders had fallen on the leg of one of the customers, witnesses reported. 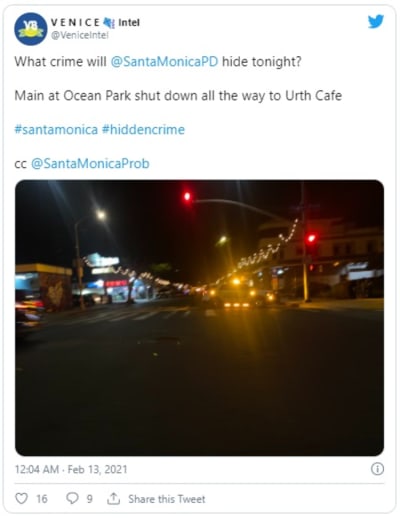 People at the scene rushed to help him, while waiting for the arrival of paramedics. Indeed, the victim had to be transferred to a hospital. For her part, the driver presented injuries that the authorities classified as moderate, reported abc.

Now, Pollard, who resides in Pacific Palisades, has been booked for the DUI offense, police said. Drunk driving is a serious crime in the United States.

Rapper Nicki Minaj is mourning the sensitive passing of her father, Robert Maraj, who died after he was run over while he was walking the streets of Long Island.

The person responsible for Robert’s death fled the scene of the accident long before witnesses could recognize the vehicle in which the subject is traveling, according to Page Six.

Robert Maraj was 64 years old when he was struck by a car last Friday around 6 in the afternoon. When the authorities arrived at the scene, they could see that the driver had escaped. 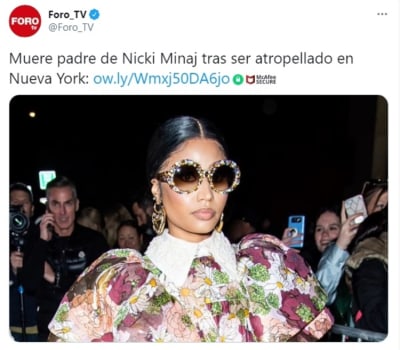 It was late afternoon when the terrible event occurred and people who were close to the scene of the accident could not see what the vehicle that hit the man looked like, according to ABCnoticias.

After being at the disposal of the paramedics, the rapper’s father was taken to the nearest hospital, to receive the necessary medical attention, but died from injuries caused in the accident.

The Homicide Department is already investigating the outrage, which occurred between Roslyn Street and Raff Avenue, in order to find the person responsible for Maraj’s death.

BAD RELATIONSHIP WITH YOUR FATHER?

Onika Tanya Maraj, who is the real name of the singer Nicki Minaj, it is believed that she did not maintain a good relationship with her father lately, since so far the superstar has not made any publication on social networks, according to Agencia Efe.

Last September the rapper gave birth to her first child, and in 2019 she retired from music to dedicate herself completely to her family life.

After Robert Maraj was run over last Friday afternoon, his sister Suzie Maraj reported the sensitive news about her brother’s death on social media. 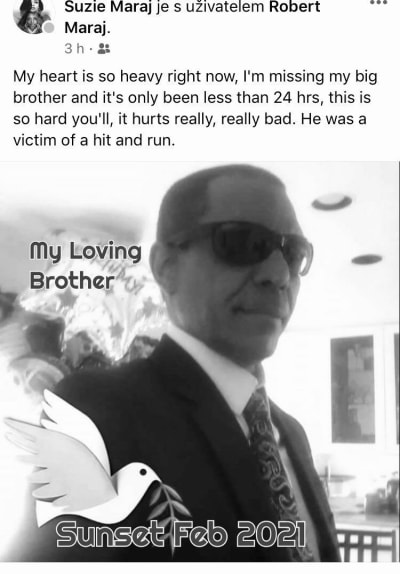 It was through his Facebook account, where he mourned the loss of his brother, “My heart is so heavy right now, I miss my older brother and it has only been less than 24 hours.”

Then he added: “This is so difficult that it hurts a lot, a lot. He was the victim of a hit and run ”. 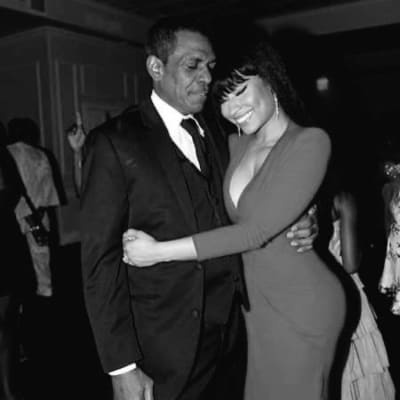 So far the singer Nicki Minaj has not shared anything about it on social networks.