Never-before-seen footage from Capitol security cameras shows former Vice President Mike Pence coming out of hiding during the attack on the Capitol, at a time when his life was in danger.

Secret Service agents removed the then vice president of the United States from his ‘hiding place’ near the Senate after the entry of the rioters, who threatened to kill him according to the Daily Mail. The former vice president and a group of agents prepared to leave the Senate Chamber, while the briefcase with nuclear codes was carried by one of these agents.

Pence and his family were protected during the attack

Pence, his wife and daughter were taken by the agents down the stairs and were transferred to another place in the Capitol, the newspaper reported.

‘You can see that Vice President Pence and his family hurried down the stairs. Then when Pence was being evacuated, the rioters began to spread throughout the Capitol, ”said Democratic Rep. Stacey Plaskett who introduced the video. 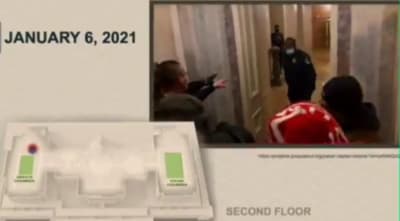 Their lives were at ‘risk’

In addition, the legislator also showed a series of images where Trump supporters are heard shouting such as “Hang up Mike Pence!” and “Get Pence!” It is worth mentioning that in the vision of the rioters, the vice president had ‘betrayed’ Trump.

Also, new footage showed Capitol Police Officer Eugene Goodman ‘saving’ Sen. Mitt Romney from the mob before distracting the crowd. “I didn’t know it was Officer Goodman, but I hope to thank him the next time I see him,” Romney said. To see the video give click here.

A ‘hero’ on Capitol Hill

“I was very lucky that Officer Goodman was there, they led me in the right direction,” Romney said after playing the video.

“It tears your heart out and makes you cry. That was overwhelmingly distressing and emotional, “he added about the video. 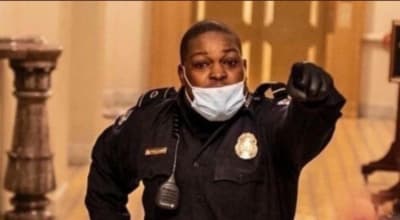 For her part, the Speaker of the House of Representatives, Nancy Pelosi, was removed from the premises for her safety, as images of rioters ‘destroying her office’ clearly show the ‘risk she was in’. 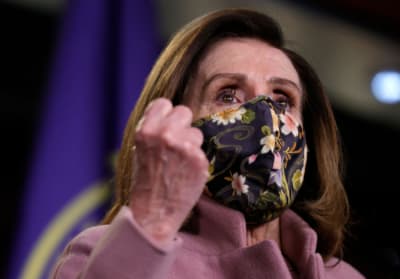 “The vice president, the speaker of the House, the first and second in line for the presidency, were fulfilling their constitutional duties, presiding over the electoral certification and they put themselves in danger because President Trump put his own wishes, his own need of power over his duty to the Constitution and our democratic process, ”Plaskett said, according to the Daily Mail.

The impeachment prosecutors accused him of being the “chief inciter” of the attack on the Capitol on Wednesday during the second day of the impeachment against the Republican. 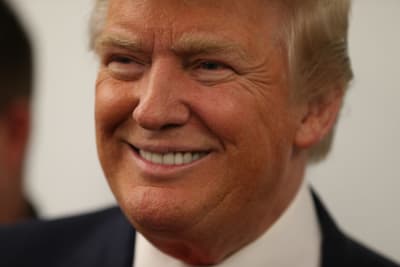 In addition, they assured that they will demonstrate that the then president was not an “innocent bystander” but the main instigator of the deadly attack on the Capitol with which he tried to annul his electoral defeat against Joe Biden, according to The Associated Press.

In the first day of allegations, the main prosecutor of the House of Representatives promised to present the evidence that the former president encouraged his followers in an act to go to the legislative palace on January 6 and then, far from doing something to stop the violence , observed with “jubilation” when a mob stormed the compound where five people died.

“It may have seemed chaos and madness to us, but there was method in the madness that day,” said Rep. Jamie Raskin, a Democrat. 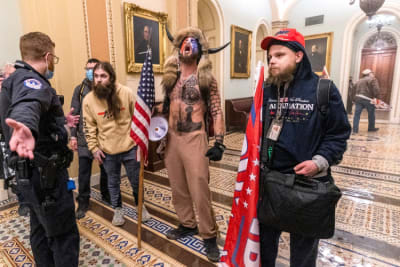 Trump ‘furious’ with his lawyers

The events of the day followed an emotional session on Tuesday that provoked the fury of the former president at the long and confusing arguments of his lawyers who were unable to demonstrate the unconstitutionality of the trial. Some of his allies called for further changes to their defending team.

Trump who has been called the “chief inciter” is the first former president to face impeachment after leaving office and also the first to face two trials.

The assault came after Trump urged his followers to “fight like hell,” a phrase that his lawyers said was just a rhetorical expression.

He is accused of “inciting insurrection.” Senators, many of whom had to flee for safety on the day of the attack, watched the impressive videos of Trump supporters breaking through during the attack. 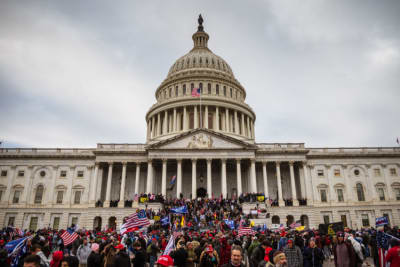 New videos are expected for later, including some that have not been seen until now.

Prosecutors maintain that Trump’s words are not a simple exercise of freedom of expression but part of “the big lie” about the elections.

Trump took action long before the vote was counted, encouraging his supporters to “stop the theft” even though there was no evidence of large-scale fraud. 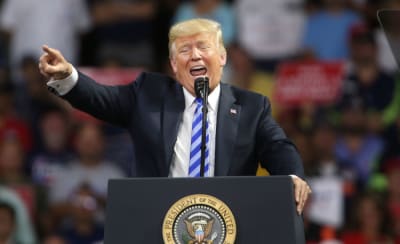 “He knew very well what would happen when he took the microphone at the rally outside the White House that day,” almost at the same time that Congress was called to order to certify Biden’s triumph, Democratic Rep. Joe Neguse said.

Trump supporters were prepared and armed, ready to descend on Capitol Hill, Neguse said. “When they heard his speech, they understood his words.”

Security was extremely tight on the Capitol, surrounded by barbed wire and patrolled by members of the National Guard.