Hello, mijos and mijas, here your little comadrita LA CHACHA greets you, well fed up with housework, so I’m going to crush the couch for a break and have a coffee to tell you today’s gossip, which involves two of our characters favs, my Chiquis Rivera, the hot tamale, with her mother Jenni Rivera, my Diva always remembered that now thanks to her daughter she is in controversy for a TikTok video.

That TikTok application already gives us more material to talk about artists than anything else and that is that celebrities make a tremendous ridicule, they screw up and want to be funny with imitations and videos that later bring them a lot of negativity, and in this case happened to the mijita is from Chiquis Rivera.

We know that this woman is unleashed, it is incongruous and she no longer knows what to do to attract attention and now it occurred to her to record a TikTok video with an audio imitating her mother Jenni Rivera in a statement she made, but you know that people do not forgive and criticized her.

The video was uploaded by the hot tamale to her TikTok where they dedicated words and phrases such as: “You can’t shine without Jenni Rivera”, “You won’t be like your mother at all, you will never be like her”, “Everything the mother did she wants to do “,” I see you and it gives me courage “,” He gave it (the ring) the day he slept with his mother’s husband “,” Not even in that you can copy it.

As you can see, people do not forgive her nor will they forgive Chiquis Rivera for what supposedly happened with Esteban Loaiza when he was Jenni Rivera’s husband and that is that in the audio of the TikTok video, Jenni Rivera is heard saying: “This is mine (a ring), I bought this one, one day I fell in love with myself I said ‘oh I’m going to buy my ring by myself and I love myself, I love myself a lot by myself’ ”.

This audio was used by Chiquis Rivera to show a ring that she is wearing and that implies that she is alone and does not need anyone (another hint for poor Lorenzo Méndez), and notice that in the TikTok video they confuse her as Thalía jajjaa and the truth is that she does look like mijas, below you can see a photo.

The Despierta América Instagram shared the video and the hosts shared their opinion about what Chiquis Rivera was doing with the imitation of her mother Jenni Rivera on TikTok.

One of the conductors defended Chiquis Rivera saying: “I don’t see anything wrong with him, it’s his mother, TikTok is very fashionable, what happens is that today there is a lot of sensitivity in social networks and you have to be very careful with what one is going to put ”, but things did not end there, keep reading …

To the video of Chiquis Rivera imitating Jenni on TikTok, another of the Despierta América conductors came out to say: “Who better than Chiquis herself, who remembers her mother, that was a very controversial video, which was when Jenni had several marriages , He lived through many difficult things and I think Jenni grabbed the bull by the horns and said ‘I don’t need any man’, now they put it on social networks like TikTok and if it is a message for Lorenzo, then welcome, I thought it was very funny … ”Said the little woman.

Surprisingly, in this account of ‘Despierta América’, people were not so indignant with Chiquis Rivera for imitating his mother Jenni Rivera and even defended her: 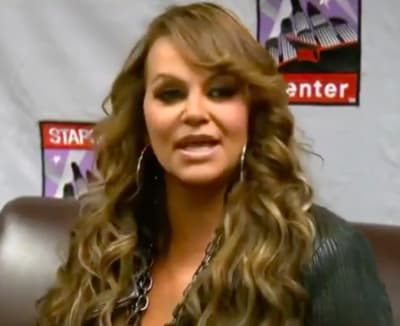 The pandemic drove my Chiquis Rivera crazy with many good things, many things that changed her life for the better, I want to believe that this is the case and the most unfortunate thing is that she continues to want to force situations, you see about Mr. Tempo, then the fight with her family because they did not congratulate her on the Latin Grammy, then if she was naked on the beach in the middle of a pandemic party in Tulum, then if with hints to Lorenzo, then if now with her TikTok video …

We love my mijita, she is a girl who has had to suffer and they criticize me for everything, but I also feel that she also needs to begin to be more congruent with what she says and does, because there is no balance and see that I follow her in her steps and I can say that the little girl has talent, charisma, but sometimes she approaches it the wrong way … 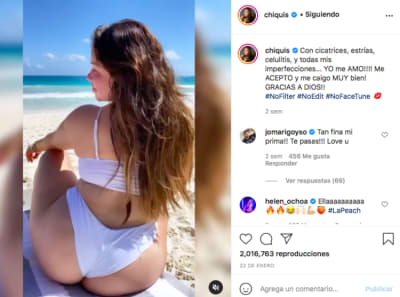 Thanks for reading me, for sharing and commenting on my children, take good care of yourselves, blessings, I love you and bye bye, I am your comadre LA CHACHA!