Apple overtook Huawei to regain its position as the world’s second-best-selling smartphone maker in 2020, according to company research reports. Counterpoint and Canalys.

As expected, Samsung remains at the top in terms of devices shipped, followed by Xiaomi, Oppo, and Vivo, three China-based companies that do not officially sell their devices in Canada. In 2019, similar research reports revealed that Huawei managed to overtake Apple for second place.

Since then, US trade sanctions have hit Huawei hard, although the China-based company continues to sell its smartphones in Canada. The most recently launched Huawei smartphone in Canada is the Mate 30 Pro. That said, the device does not have access to the Google Play Store and instead has Huawei’s limited AppGallery app store.

According to Counterpoint research, Huawei’s shipments decreased 21 percent in 2020 compared to 2019. Additionally, the company dropped out of the world’s top five smartphone makers in the fourth quarter of 2020. 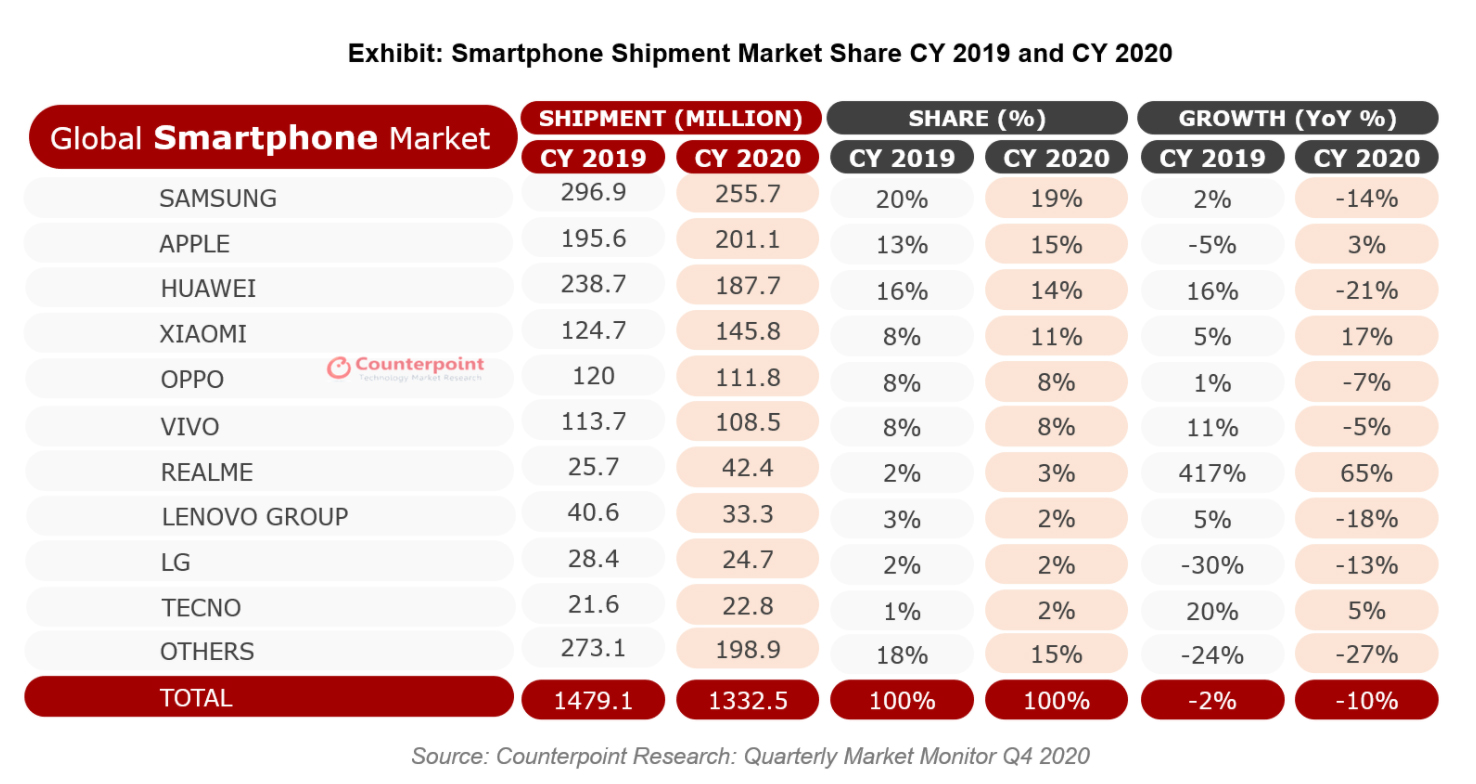 Overall, Apple’s sales increase is not massive, reaching 3 or 5 percent, depending on whether you look at the Counterpoint Research or Canalys report. Another interesting fact to note about the reports is that it appears that Samsung’s dominance over the smartphone business is starting to loosen. Both reports indicate that its market share is shrinking as China-based manufacturers like Xiaomi gain ground.

As expected, reports also indicate that the entire smartphone market is down compared to 2019, which makes sense given the ongoing COVID-19 pandemic.