When no one saw it coming, the renowned journalist María Celeste announced the lowest blow to Telemundo, a company from which she was fired a few months ago, and the journalist María Elena Salinas will help her in her ‘revenge’.

Through their social networks, the former host of Al Rojo Vivo shared the following news:

“Very soon on my YouTube channel we premiered MC Live. Already subscribed. If you haven’t, go to the link that appears on my Instagram profile under the arrows. It takes just a second and it’s completely free. “

For her part, María Elena Salinas was not far behind and gave more details on her official Instagram account of this ‘revenge’ against Telemundo:

“He invited María Celeste Arrarás and a servant to join us on the debut of María Celeste’s YouTube show at 4:00 pm ET, where we will talk about reinventing ourselves. The link for your page can be found in my bio ”.

Before saying goodbye, María Elena Salinas did not miss the opportunity to congratulate María Celeste on her “new adventure”.

Among the personalities who wished the former host of Al Rojo Vivo the best in this new stage, and who rose to fame in the Primer Impacto program, are the Mexican singer Ana Gabriel, who expressed herself as follows:

“Good luck María Celeste in this new challenge, I know that once again you will achieve it because that is how you are. Everything you propose, you achieve. Blessings”.

“Go ahead with a smile”

In another publication that so far has more than 20,000 views, María Celeste gives more details of her ‘revenge’ against Telemundo.

“Friends, I have great news for you about who will be my first interview on MC Live, here on YouTube. He is someone I really appreciate, whom I admire, and with whom I have been a friend and rival for decades, we have known each other since the eighties. 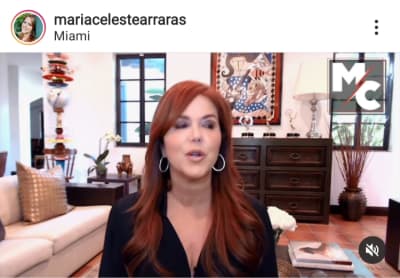 As a joke, he referred to María Elena Salinas as his “half namesake”, with whom he will talk about what life is like after the big television networks and the importance of knowing how to reinvent yourself.

“How to face the changes and face life and move forward with a smile, and if possible, we will talk about that”, shared a very excited María Celeste at this new challenge in her career.

“With the love and dedication of always”

“With the love and dedication of always”, MC Live will be broadcast every Tuesday on María Celeste’s official YouTube channel, which has a little more than 11 thousand subscribers to date. In the first program, it will have María Elena as a guest. Salinas, who will help him in his ‘revenge’ against Telemundo.

This program is produced in association with Ora TV, a production studio founded in 2012 by renowned interviewer Larry King, who recently passed away, and funded by América Móvil, the largest telephone operator in Latin America under the direction of Carlos Slim’s family, one of the richest men in the world and who tested positive for coronavirus just a few days ago. 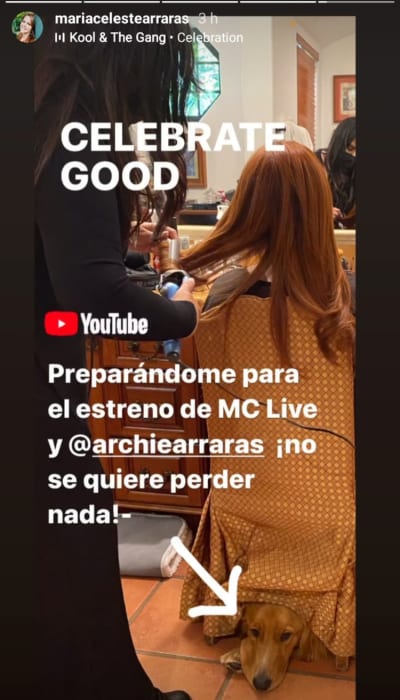 In her Instagram stories, María Celeste shared an image to the rhythm of the theme Celebration of how she prepares for the premiere of her program while her pet, Archie Arrarás, is close to her: “You don’t want to miss anything!” journalist.