The last woman in the group to report alleged ICE abuses in Georgia was accidentally released in the same week that President Joe Biden suspended deportations.

Immigration authorities released the last woman who remained detained in a prison for the undocumented in Georgia, from a group of more than 40 who claim to have suffered medical abuse in that center, reported this Saturday civil rights organizations cited by the news agency Eph.

The lawyer Azadeh Shahshahani, legal director of Project South, confirmed to Efe that the immigrant, whose identity was not disclosed, left the Irwin detention center in southern Georgia on Friday, thanks to a class action lawsuit they filed in December against the gynecologist from that prison, Mahendra Amin.

The woman was the last of the group to take part in the legal action that was being held in Irwin after the Immigration and Customs Enforcement Service (ICE) released the rest in recent weeks.

“We are thrilled with the freedom of immigrant women who suffered so much while in detention in Irwin. This is only the first step on the road to justice. Survivors of medical abuse in Irwin must receive compensation for the damage they suffered, ”the lawyer told Efe.

“We will not rest until this horrible facility is closed,” said one of the group’s lawyers.

The lawsuit was filed in late December in a Georgia court and includes the testimonies of more than 40 immigrants who reported the “neglect, abuse and retaliation” they allege they experienced while in ICE custody in downtown Irwin. in the remote town of Ocilla, Efe explained.

“The word thank you is very small for my God and for all the people who have fought for her to be released. My message to my immigrant people is that we are fighters and I consider myself a strong and fighter woman, ”said Lourdes, another of those affected, who was released from Irwin last Thursday. 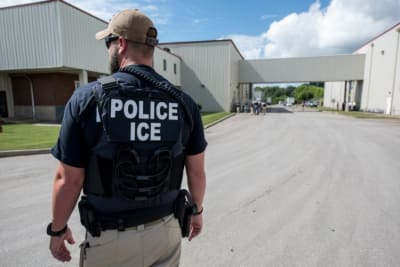 Project South, Government Accountability Project and other organizations uncovered the scandal shaking the center for the undocumented in a legal complaint they filed last September with the Office of the Inspector General of the Department of Homeland Security (DHS).

The release of the last woman in the group that denounced ICE abuses in Georgia occurred in the same week that the new administration of President Joe Biden suspended deportations for 100 days.

The Biden administration announced early Thursday a 100-day suspension of immigrant deportations, albeit with a few exceptions, according to a statement from the Department of Homeland Security (DHS).

“For 100 days, starting January 22, 2021, DHS will suspend deportations of certain non-citizens whose deportation has been ordered,” detailed Acting Secretary David Pekoske, appointed by Biden on Wednesday.

A subsequent DHS memorandum detailed that immigrants who have entered the country without documents since November 1, 2020 or who cannot prove their arrival earlier from that day, will continue to be deported.

Therefore, any immigrant who has arrived before that date and can prove it, will not be deported by CBP, ICE or USCIS, thanks to the order of the acting secretary of the Department of Homeland Security, David Pekoske.

In addition, immigrants are protected from receiving any notification or appearing, which is seen as the prelude to the deportation process.

The reason, Pekoske said, is to “ensure” that the United States has “a fair and effective immigration system focused on protecting national security, border security and public safety,” for which he ordered to “review and restart” the protocols, he said. Eph.

The 100-day pause of the deportations is in addition to another measure announced Wednesday by DHS: the suspension of registrations for the “Stay in Mexico” program, which allowed former President Donald Trump to return asylum seekers to the neighboring country.

In addition, Biden has approved a series of immigration measures within the package with 17 executive orders that he has signed after settling in the White House.

Such as the reinforcement of the program for undocumented young people known as “dreamers” or “dreamers”, or the revision of the priorities when arresting immigrants without papers, indicated Efe.

Likewise, it has presented an immigration plan that plans to regularize 11 million undocumented immigrants, although that project depends on Congress.