The mask. That new article of clothing necessary and obligatory to stop the new contagions that accompany the Spaniards – and half the world – has already given much to talk about. For its models, for its efficiency, for its vetoes, for its prices … for everything. And, now, the debate is also focused on determining whether fabric masks, which are already another fashion accessory, really protect against Covid-19 or not. Hence, it is striking that the director of the Center for Coordination of Health Emergencies, Fernando Simon, has used on several occasions these fabric masks that are now being questioned – and that he himself values ​​banning.

So much so that other countries in the European Union as Germany and Austria have already prohibited their citizens from using cloth face masks in public spaces due to its low efficiency in filtering the coronavirus Sars-CoV-2. In fact, the chancellor of the German country Angela Merkel has agreed to this Tuesday the mandatory use of face masks type FFP2 in public spaces or in some closed spaces like nursing homes.

In France, he High Council of Public Health, its highest competent body in the field of Health, has begun to recommend that the cloth face masks not approved. And it is that there are more and more critical voices throughout the continent against fabric masks and the war against them: from which they sell international brands such as Adidas O Nike to those that are traded in stores run by Asian people who come, mostly, from China.

And those European siren songs contrary to the fabric masks you have used so much Simon and in favor of FFP2 They are already beginning to sink in Spain. In fact, the director of the Center for the Coordination of Health Alerts and Emergencies (CCAES) has assured that the Ministry of Health does not rule out “making the use of FFP2 masks mandatory in some specific circumstances.”

Unlike the surgical, more common among the population, FFP2 They not only protect others, but also oneself, as they have a much more efficient filtration level than that of a surgical or sanitary mask. “It is highly recommended to health personnel, who perform maneuvers that increase the risk of aerosols,” he said. Simon.

The truth is that Fernando Simon, on several occasions, he has been seen in public with original cloth face masks of various motifs and colors. While it is true that their low efficacy was not known at the time, which is why they are being banned, it is no less true that the director of the Health Alerts and Emergencies Coordination Center has developed a particular taste for these masks. 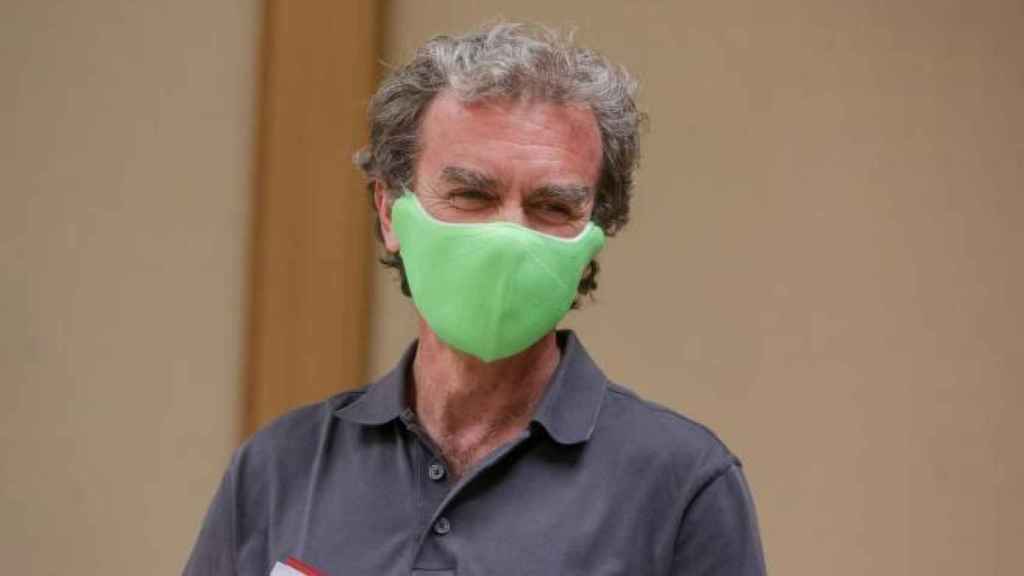 Fernando Simón, wearing a green cloth mask during a press conference in July.

For example, one of the most talked about was a green cloth mask. Fernando Simon, last July 14 In one of his daily press conferences to present the data of the pandemic, he presented himself with that curious element of protection. At the time, many Internet users commented on that dare and they assured that this mask “sympathizes with a certain political formation.”

But, perhaps, the culmination of the criticism it has received Simon To wear cloth face masks with extravagant motives would arrive two days later, during the tribute to the victims of the coronavirus held on July 16th. On that occasion, Dr. Simón wore a mask with a print of some blue sharks, despite the fact that the actor was in mourning. 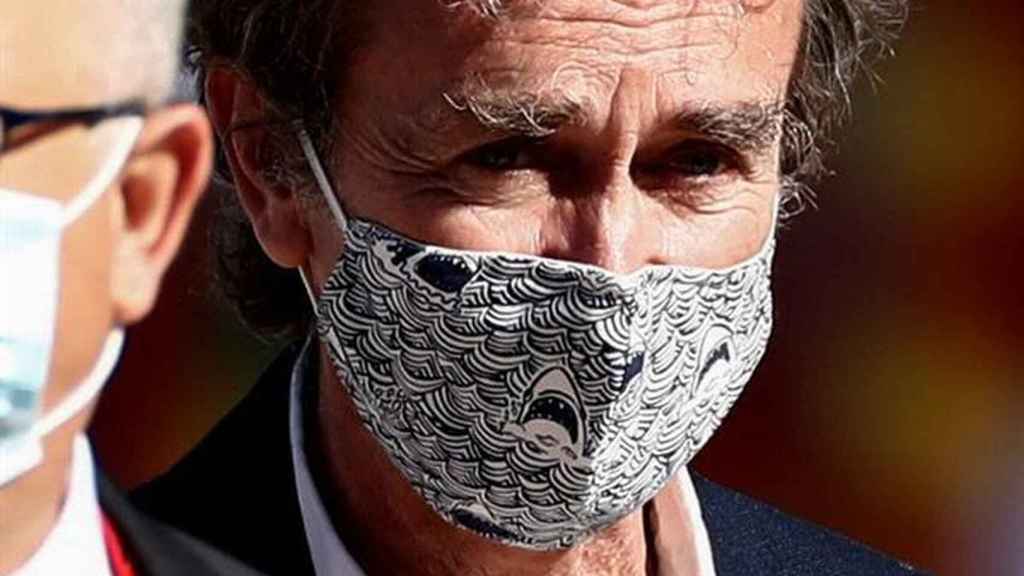 Fernando Simón with the controversial shark mask during the ceremony for the victims of the coronavirus.

There were many criticisms he received through social networks. For example, the former Minister of the Interior of the Popular Party and current MEP, Juan Ignacio Zoido, he tweeted that “it is not the right time to wear this mask”, since “the solemn memory of those who has lost their lives must prevail.”

Although the use of the shark cloth mask was unfortunate and “disrespectful” for many citizens, there have been others that have been better received. For example, the most popular of all was the one that wore Fernando Simon he August 13, during the press conference in which he offered the data on deaths and those infected by Covid-19.

At the time, the cloth mask she wore had various prints of Freddie Mercury, the popular singer and leader of Queen died in 1991. The singer was dressed in his traditional yellow jacket and white pants with red stripes. 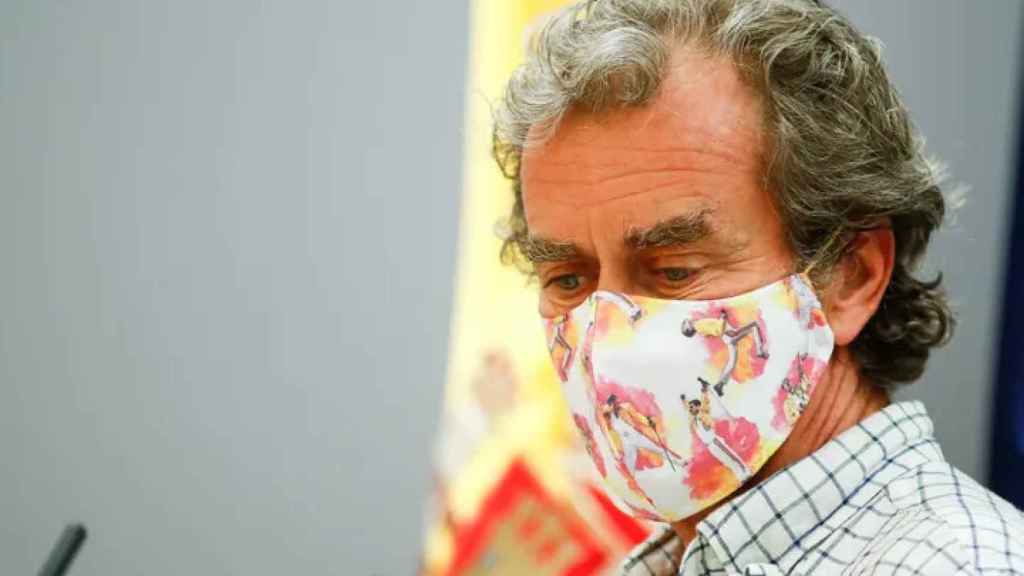 Fernando Simón, wearing a mask with Freddie Mercury prints at a press conference.

In any case, at the moment Huffington Post revealed that the doctor Simon was able to buy this fabric mask from the Galician firm Salsagaucha, which sells various products of this type through its store online. Its material: cotton. And it incorporated a space to place filters TNT approved with certificate OEKO TEX.

But, as noted at the beginning, Europe has declared the war fabric masks despite having approval – or not – because of their low protection effectiveness against Covid-19. Spain, at the moment, is thinking about following the steps of Germany and Austria at the time of making compulsory or not “in certain circumstances” the use of type masks FFP2. Meanwhile, the doctor Simon I may stop using the questionable cloth masks. 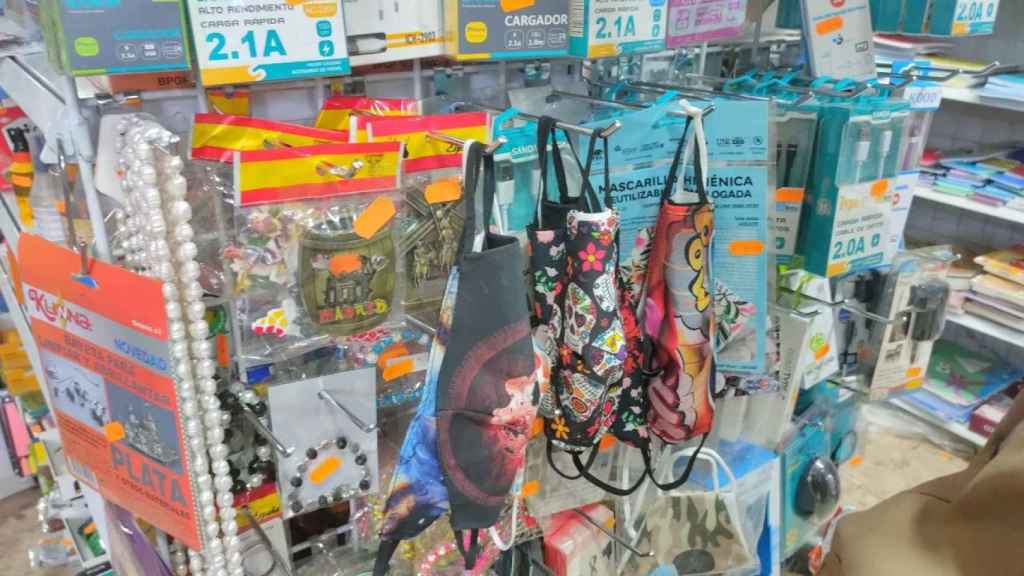