In the midst of the inauguration of the now president of the United States, Joe Biden, former President Bill Clinton was mocked by some social media users.

On Twitter, various videos and images show the former Democratic president ‘sleeping’ during Biden’s first speech as the 46th president of the United States.

The various videos were accompanied by a series of ‘taunts’ and comments that evidenced former President Bill Clinton for being ‘falling asleep’ during the speech. 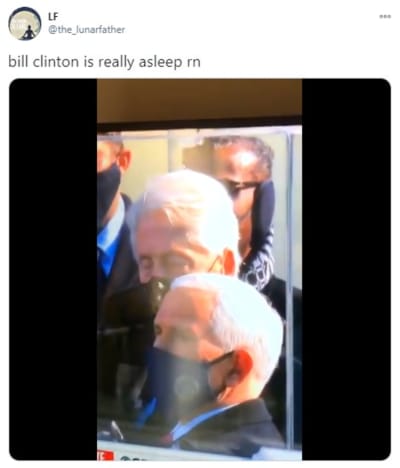 “In his defense, he had to get up very early today”, “he was just resting his eyes”, “his battery ran out.” There were those who sarcastically commented “I was just praying.” To see the video give click here.

All the former US presidents who were invited to the inauguration of President-elect Joe Biden arrived at the Capitol where the ceremony takes place.

George W. Bush and his wife Laura were the first to arrive, several hours before the inauguration ceremony. Soon after, Barack and Michelle Obama and Bill and Hillary Clinton arrived, in separate caravans, The Associated Press revealed.

President Joe Biden called on Americans to overcome their divisions by declaring in his first speech that “without unity, there is no peace.” Biden vowed during his inaugural address that he would be honest with the country as it faces difficulties, as leaders, he said, have an obligation to “defend the truth and defeat lies,” according to The Associated Press.

President Joe Biden says “democracy has prevailed” in a country shaken by a pandemic and a violent mob two weeks ago on Capitol Hill.

In his first speech as president, Biden said his inauguration is a day of “history and hope.” The country “has learned again that democracy is valuable,” he said. 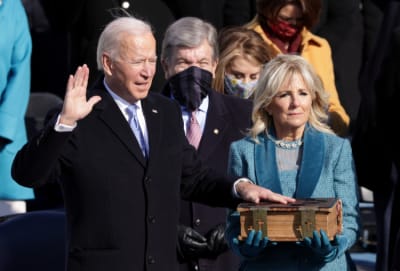 “The dream of justice will not be postponed again,” he added. Biden thanked his predecessors from both parties for attending the ceremony.

Former Vice President Mike Pence was present, but former President Donald Trump, who traveled to Florida hours before the ceremony, was not.

“It is a historic day of hope, of renewal and resolution,” Biden said amid a highly protected opening with limited audiences.

The foregoing, due to the protocols to prevent COVID-19 infections and a security device unprecedented in the history of the country, with up to 25,000 military personnel deployed in Washington.

Biden referred to the turbulent days that the country has lived after the violent assault on the Capitol on January 6 by a mob of followers of former President Trump, Efe said.

In this sense, he assured that there is still much to “heal” the country’s wounds and called for confronting “political extremism, white supremacism and domestic terrorism,” which he assured that he will defeat. 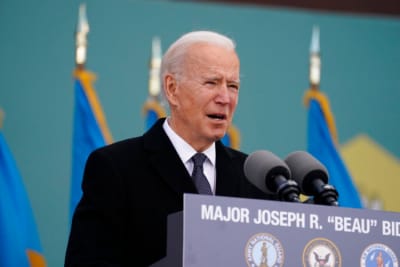 On the assault on the Capitol by Trump supporters on January 6, he promised that it will not happen again “neither today nor tomorrow.”

He also asked to follow the “path of unity” to overcome the multiple crises facing the country, because without it “there is only bitterness and fury.”

Joe Biden became the 46th president in the history of the United States on Wednesday, when he was sworn in at the official inauguration ceremony before the steps of the Capitol and in the middle of great security measures.