They reveal the inspiration of the new first lady of the United States, Jill Biden, for her outfit at the inauguration of her husband, Joe Biden.

The now first lady wore an elegant blue suit designed by Alexandra O’Neill, from the New York company Markarian, according to the New York Post newspaper.

Jill Biden wore the dress while accompanying her husband as he became the 46th president of the United States.

According to a statement obtained by the New York newspaper, the color of the now historic blue dress was chosen to show “confidence, security and stability.”

It was made “by a small team in the heart of New York City’s Garment Center” and finished by designer Alexandra O’Neill, the New York Post noted.

Dr. Jill Biden’s outfit was accompanied by a silk mask, also by Markarian, and Jimmy Choo heels, as well as handmade gloves. 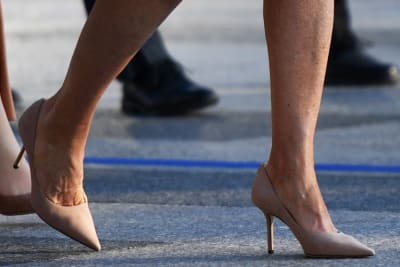 The first lady’s outfit was a perfect match for now-president Joe Biden, who wore a Ralph Lauren suit. and a blue tie, according to the magazine Vogue.

Jill Biden’s taste for ‘soft’ colors and elegant but simple designs has been observed on numerous occasions. According to the New York Post, the now-first lady also has a penchant for designers committed to sustainability. 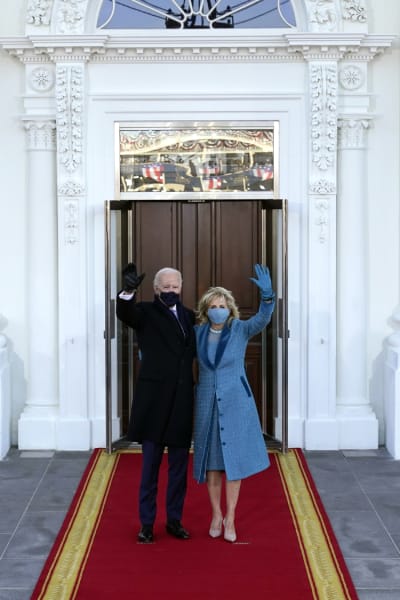 Markarian, for example, works “on demand” to reduce environmental impact and waste. Another example is Jonathan Cohen, who designed the dress that Jill Biden wore yesterday in honor of the 400,000 deaths from coronavirus.

Jennifer Lopez ‘dazzled’ at the inauguration of Biden

In addition to Dr. Jill Biden, Jennifer López dazzled at the inauguration with a snowy Chanel outfit consisting of pants, a shirt and a long coat, Efe said.

With an impeccable style, Jennifer López surprised in Washington during the inauguration of the president of the United States, Joe Biden, both for his message in Spanish and for the outfit chosen.

He wore a gothic shirt and sequined wide-leg pants with a matching long coat, an angelic image for a historic day. 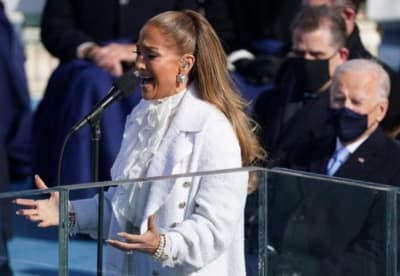 The artist completed her outfit with a tight ponytail with extensions and pearl earrings and bracelets, signed by the mythical French house.

The singer of Puerto Rican origin, who for the first time has included Spanish in this ceremony, was accompanied by her partner and former baseball player, Alex Rodríguez, of Dominican descent.

López performed “This Land Is Your Land”, composed by Woody Guthrie and turned into a national antifascist anthem at Joe Biden’s inauguration ceremony, as well as the classic “America the Beautiful”. one of the patriotic songs par excellence in the United States.

Lady Gaga stood out for her Outfit

Lady Gaga, meanwhile, arrived with a voluminous Schiaparelli Haute Couture design adorned with a fabulous golden dove, a symbol of peace, both dazzling.

The famous singer, who performed the national anthem during the inauguration, wore a spectacular Maison Schiaparelli design, created by Daniel Roseberry. 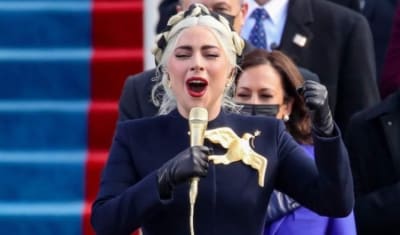 The singer wore a fitted navy blue cashmere jacket with a gold peace dove brooch and a red silk skirt. Gaga completed the outfit with black gloves and her hair tied back with two braids as a headband.

The brand’s creative director, Daniel Roseberry, said in a statement: “As an American living in Paris, this set is a love letter to the country I miss so much and to an artist whose art I have admired for so long.”