Jennifer López shuts up the user and denies that she uses botox on social networks, also confessing that her face is completely natural and that it can be seen that way because of the care that JLo has had throughout her life and not because of cosmetic surgeries such as many claim.

At 51 years of age, Jennifer López has established herself as one of the most beautiful and talented artists in the artistic environment, and her incredible body and her unique face have made her the envy of many women.

However, for some time now, JLo has had to cope with the criticism of many Internet users, who claim that the interpreter of “Let’s get loud” has undergone various cosmetic surgeries, including botox.

There was a user, who, in Jennifer López’s publication, where she announced her new makeup line titled “JLo Beauty”, He stated that the singer had injected Botox and that is why her face was without any wrinkles.

According to the portal Page Six, the follower wrote the following: “But I can mention that your eyebrows and forehead don’t move at all when you speak or express yourself” the user started.

“You definitely have botox, and tons of it, and it’s all good, I’m just saying,” he concluded. 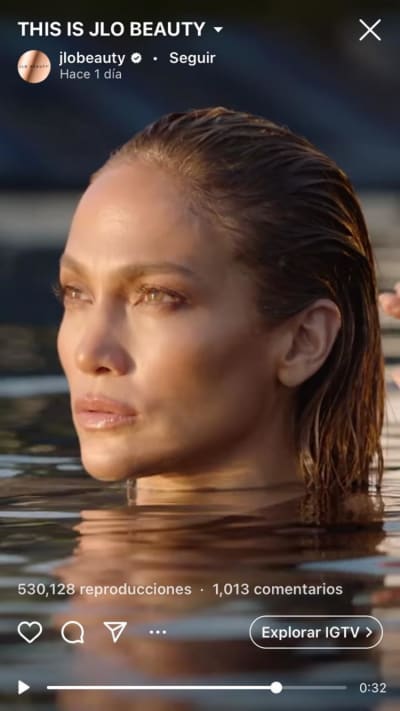 Given this, Jennifer López does not remain silent before the accusation of the user, and the singer denies that she is using botox: “LOL, that’s just my face! For the millionth time, I have never had botox or any injectable or surgery! Just say”.

Later, the businesswoman continued: “Get yourself some JLo Beautand and feel beautiful in your own skin, and here is another secret, try to spend your time being more positive, kind and edifying with others ”.

As if that were not enough, and after Jennifer Lopez denies that she uses botox, the American singer ends her comment by giving the following advice to the user: “Don’t waste your time trying to take down others who will keep you young and beautiful too! Sending you love ”.

Finally, JLo did argue that an ex-boyfriend had encouraged her to try it when she was only 23 years old, confessing that the artist refused this request and that she would never submit to botox: 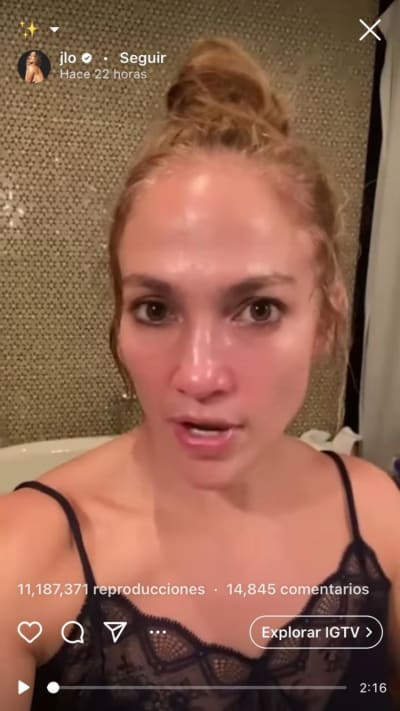 “Anyway, I didn’t like needles, but a boyfriend told me, ‘If you should start. I do that ‘and I was like,’ No thanks.

Later, the singer confessed that if she had tried botox on her face from an early age, her face would not look the same:

“And I wonder what would have happened to me if I had started botox at 23, how I would look now. My face would be totally different, “concluded the singer. 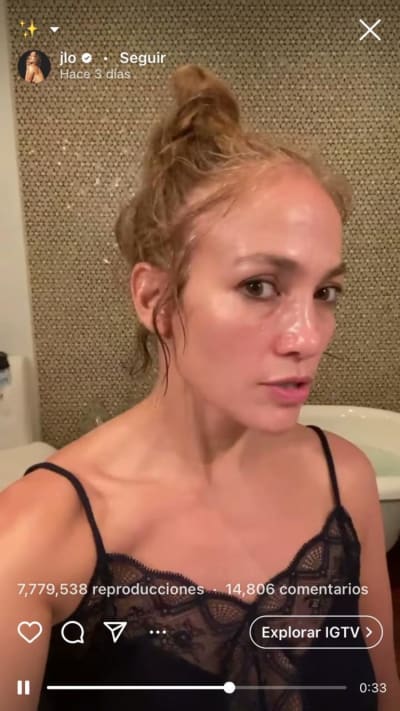 As is well known, since Jennifer López took out her makeup line last December, the businesswoman has confessed that all her skin care secrets were found there, stating that it contained only natural and pleasant elements for the face.

A follower wrote to Jennifer Lopez at the time that her face looks like this because of the botox she has used: “Plus the botox and the face doctor.”

To which Jlo again denies this assumption: “I have never used botox, these are my real skin care secrets.”

And so, the nominee for best actress at the Golden Globes continued to deny such a fact: “I’m sorry baby, but I’ve never used any of that. This is what I use, I hope you enjoy them. I hope this helps your heart ”. 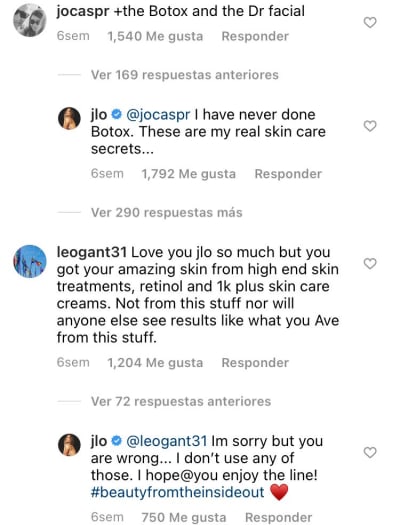 On the other hand, a follower argued that it was not only due to natural oils as she was leading to believe, but also to several high-end creams:

“I love you very much JLo, but you got your amazing skin thanks to treatments For high-end skin, retinol, and skin care creams, not these things. No one else will see results like the ones you get from these things. “