The actor Macaulay Culkin chooses to remove President Trump from the film in which they both participated: “My poor little angel 2”.

In 1992, Macaulay Culkin starred in the movie “My Poor Little Angel 2: Lost In New York”, where President Trump has a brief, very brief appearance of less than 10 seconds.

Now, the actor suggests that it would be a good option to digitally remove Trump from the film.

A netizen expressed through Twitter: “Request to digitally replace Trump in ‘My poor little angel 2’ with Macaulay Culkin, 40 years old.” To which he replied “Sold”, as if it were an auction and he had bought the idea.

But not everything was there, because someone made use of their skills and managed to fulfill the mission of eliminating Trump. This is how a clip of the scene began to run through social networks, but this time without the president!

As soon as Culkin looked at the clip on Twitter, he replied: “Bravo.” 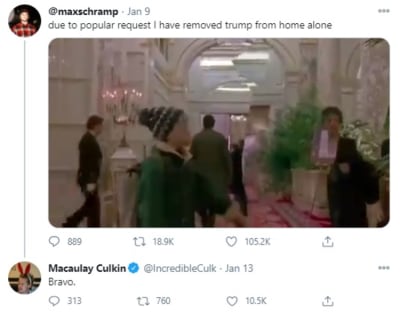 To see the original scene of “My poor little angel 2” where the president appears, enter HERE. If you want to compare with the video where they ‘made Trump disappear’ enter HERE.

Some more daring have dared to replace the face of the president with a poop emogi and according KRQE More than 250 people have already signed a petition to replace Trump with Democrat Joe Biden on film.

Scene in which Trump appears in “My poor little angel.” Photo: Video Youtube

Meanwhile, President Trump is preparing to leave the White House in five days, when Biden takes control of the US presidency. 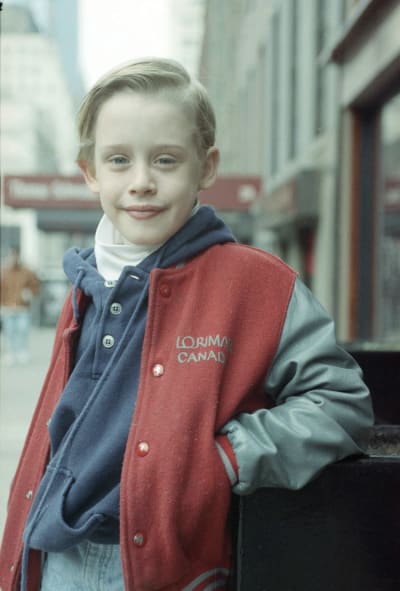 According to a report by Bloomberg, outgoing President Donald Trump will fly to Florida on January 20, hours before his presidency ends and Joe Biden’s begins.

President Trump is expected to travel to his resort in Mar-a-Lago in Florida on the same day as President-elect Joe Biden’s inauguration, he reported. Fox News. 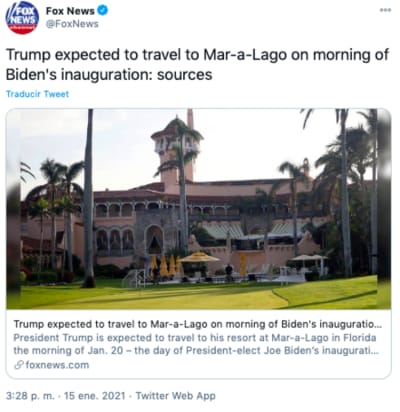 So far there has been no official announcement by the Administration, however, the reported media indicated that Trump is expected to take several staff members with him, including his personal assistant Nick Luna with his wife Cassidy Luna who also is a deputy assistant to the president.

Others who would be traveling with the president would be Molly Michael, current Oval Office operations coordinator, Cassidy Hutchinson, director of Legislative Affairs, and Margo Martin, the press aide. 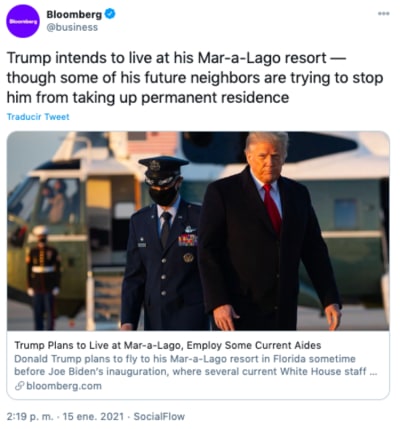 Last week President Trump announced that he will not attend Biden’s inauguration, becoming the first U.S. president to skip his successor’s inaugural ceremony since 1869.

“To all who have asked, I will not go to the inauguration on January 20,” Trump said on his Twitter account before his account was permanently suspended.

The image of a moving truck in front of the White House has gone viral on social networks where numerous Internet users celebrate what they define as the beginning of the departure of Donald Trump from the headquarters of the Presidency, reported the Efe agency.

Filed as: Macaulay Culkin chooses to remove Trump from the movie “My poor little angel 2”