Washington is gearing up for Joe Biden’s inauguration next week – and President Donald Trump is going to find a sign of transition very hard to ignore.

This sign is clearly visible from the windows of the White House. Workers installed banners across the street with the names of President-elect Joe Biden and Vice-President-elect Kamala Harris:

On Thursday, workers adjusted the banner in front of the White House.

Similar banners are unveiled in Washington, along what would have been the traditional parade route, though this year most of the festivities will be virtual: 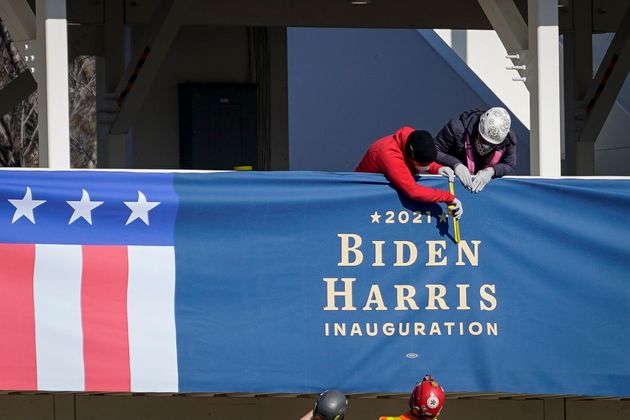