A windstorm that swept through the northwestern United States left at least one person dead, extensive damage and more than 500,000 people without power, the newspaper reported. USA Today

Damages include a closed road following a landslide and the risk of a truck with a trailer nearly falling off a bridge.

The death caused by the powerful storm occurred in Spokane, a city east of Washington. A woman in her 40s died after a tree fell on her car, which left her immobilized inside. 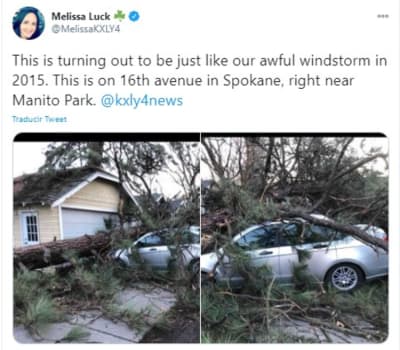 According to the US media, the winds of the powerful storm reached gusts of 50 to 70 mph, which together with the rain that occurred last Monday, prepared the conditions for the fall of trees in regions such as Spokane.

Spokane-based Avista reported that more than 70,000 of its customers were without power Wednesday morning. Additionally, 430,000 customers in other parts of Washington state and in Oregon also lost power. Adding 500 thousand people without electricity in the United States.

Public schools in the area suspended their classes due to the storm that struck. In the state of Oregon, the city of Dodson was evacuated following a warning from the National Weather Service.

The weather service instructed residents to call people in the area “to wake them up” and tweeted that the situation “has been deemed too dangerous to send rescue teams,” USA Today said.

According to the local media Yaktri News, the woman died early Wednesday in the South Hill neighborhood of Spokane, which was particularly affected during the storm.

For its part, the portal CREAM, reported the death of a 59-year-old man from a Post Falls city when he collided with a fallen tree on a highway in Idaho.

They warn of powerful storm

In addition, the National Weather Service reported “a powerful storm with a wide swath of dangerously strong winds.”

That storm will morph into a “heavy snow storm in the Upper Midwest this week,” according to a Tweet from the National Weather Service. 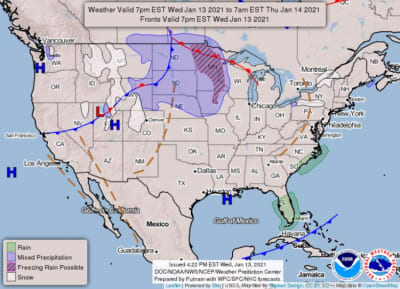 “The rain in the northern Rocky Mountains is causing flooding and increasing avalanche threats. Critical fire weather threats will develop in S. CA and KS, ”the federal agency wrote.

In other states like Texas, weather conditions have turned extreme with various cold fronts.

Texas suffers from a severe cold front with snow and ice

Texas woke up this Sunday, January 10, covered with a blanket of snow and ice, with the arrival of a cold front that came down from the north.

Meteorologists from National Weather Service (NWS, for its acronym in English) warned of the severe freezing wave that covers most of Texas in a white coating, much to the joy of the children, but represents a lot of danger on streets and highways.

According to the NWS, the cold front hitting Texas It will run from Sunday, January 10 to Tuesday, 12 of the incipient year 2021, so they ask the population to stay under cover and shelter children, the elderly and pets. 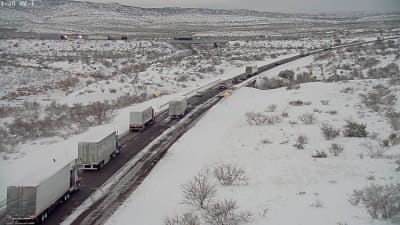 The layer of at least two inches of snow has already fallen in cities like Austin, Amarillo, Bryan, College Station, Dallas, Tyler and, in general, in all the cities located above the I-10 highway that crosses Texas.