24 key hours to alleviate the effects of a storm that has collapsed much of Spain. Experts warn that after the intense snowfalls experienced in recent days, the beginning of the week will be very complicated by strong frosts. The Red Cross, which is actively working throughout the territory to try to alleviate the effects of the storm, warns that the next 24 hours will be key to trying to remove most of the accumulated snow and encourages citizens to collaborate as necessary. possible.

“The forecast is complicated because very low temperatures are expected.” The head of Red Cross Emergencies and Relief, Íñigo Vila, warns that the next 24 hours will be crucial because “the snow that is not removed in those hours will be ice”. In this sense, it encourages people to clean the areas around their homes without waiting for the emergency or municipal services to do so.

“It is essential to help clean the surrounding areas, without taking risks because there is a lot of snow accumulated on trees and roofs and with changes in temperature, landslides can occur. But no waiting for emergency and municipal services to clean up“.

The UME clears snow around the Plaza de Cibeles in Madrid.

However, Vila expresses that all action must be carried out taking extreme precautions and reiterates the recommendation that the authorities have been hearing for days: “Our recommendation is that people stay in their homes, despite the idyllic stamps, it’s very dangerous. ” AND recognizes that “normal life will take time to reestablish.”

In the last hours, both the president of the Community of Madrid, Isabel Diaz Ayuso, as the mayor of the city, José Luis Martínez-Almeida, have asked citizens for their collaboration in this regard, and salt supply points have been established for use by the owners.

“We ask for the collaboration of the neighboring communities so that they can clean the access ramps to the garages and the portals, since in the next few hours this snow can turn into ice,” Ayuso asked this Sunday.

This morning many locals from Madrid have taken to the streets to try to clean the snow both from the accesses to garages and homes, as well as from hospitals or other health centers. However, some neighborhood associations have denounced on social networks the lack of institutional help in this sense.

Some neighbors of Puerta del Ángel have bought 30kg of salt and we are making the road to the Caramuel Health Center accessible <3 pic.twitter.com/FdPSQltlOm

For his part, Vila points out that although the situation is dangerous in many areas of the territory, especially in remote places or places with difficult access, the Community of Madrid is going to experience a difficult start to the week, especially in the center and south of the region that ” he is not used to it and there is a lot of accumulated snow “, where even vehicles that normally work in the Sierra have been required.

“We have had the teams that usually provide service in the Sierra de Guadarrama in Madrid, with 4×4 vehicles and ambulances“, Explain.

Vila also asks for caution about the news that throughout the afternoon point out that the main access roads are clear, given that “auxiliary and regional roads, as well as access to different urbanizations and homes is not yet guaranteed.” “It’s going to be a” hard work week for the emergency services “, aim.

The head of Red Cross Emergencies explains that there are currently around 700 volunteers providing service throughout Spain 24 hours a day in a device that began on the eve of Kings with night guards before the weather forecasts. A work carried out in coordination with the emergency services through 112.

Red Cross care on the roads


“Due to the forecasts that existed throughout the week of the Kings, we already prepared teams on the fifth to be alerted, especially in the areas where the prediction indicated that the snowfall would be higher: the center of the Peninsula, the two Castiles, Madrid, and regions such as Valencia or Aragón“, to which others such as Andalusia and the Canary Islands were added. 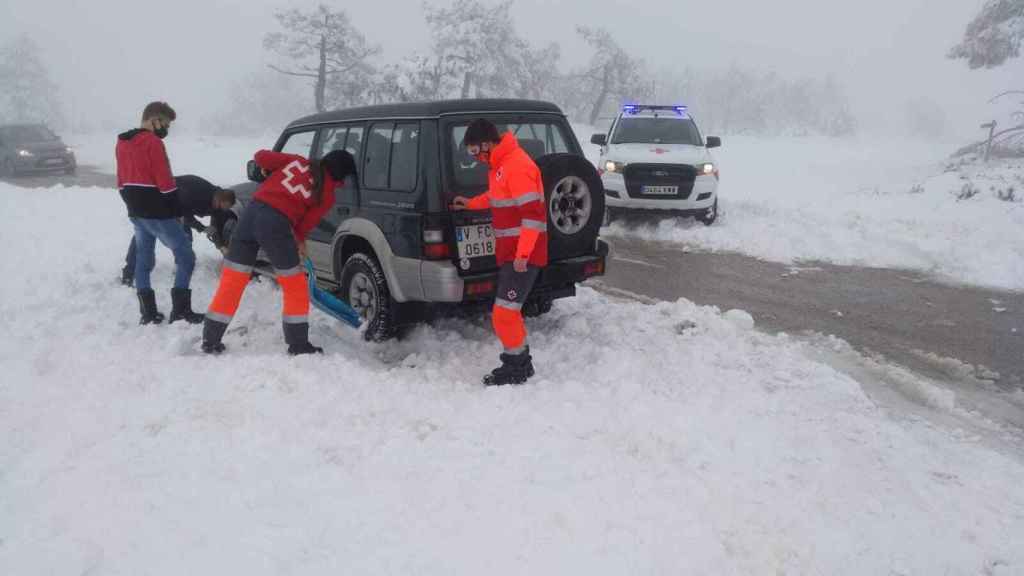 Assistance to a vehicle in Valencia.

In total, Vila details, the device has focused on three things: “Rescue of people trapped on roads, provisioning on the main roads, both of the vehicles that went to the CAM or those that tried to leave, and the provision of shelters in different communities to provide coverage to people “who sleep on the street.

Now, after the snowfall, the great concern is to maintain the supply logistics chain between the towns, since, as he explains, there are many areas that have suffered power outages or other remote locations that are difficult to access that may be unsupplied. 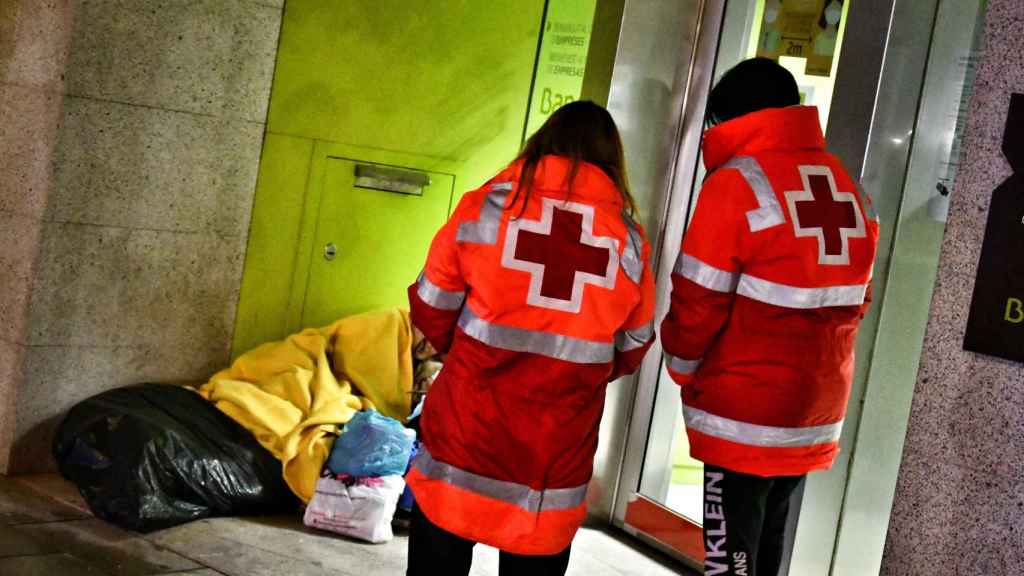 Red Cross volunteers tend to a man who sleeps on the street.

“We have 700 volunteers deployed in different shifts in the different autonomous communities, and right now the access that we may have to infrastructure, hospitals, supermarkets and pharmacies“, reports.

In addition, volunteers have supported the health network and special interventions have been carried out, such as in the Cañada Real de Madrid, where the lack of electricity supply has left the families living there without electricity or heating in the middle of the storm.

Despite the preparation, Vila assures: “The forecasts have been exceeded and we still have days left”.