Sony knows: When summer arrives, the high temperatures felt in some cities can represent a certain discomfort for the people who live there. For this reason, they have taken on the task of designing a new device whose task is to provide comfort for people who live in hot places, so that summer will never be the same in those places.

Meet the new Reon Pocket, the new air conditioner that Sony has launched on the market to combat the high temperatures of summer, here we present it!

Sony is ahead of summer and launches the Reon Pocket, a portable air conditioner that can be used manually or incorporated into people’s clothing to combat high temperatures.

Sony’s Reon Pocket is a relatively small device that can fit in the palm of one hand.

It is made of plastic and is designed to be able to charge through a USB-C port or connect to Android and iPhone devices through a Bluetooth connection.

Experts have pointed out that it sticks to the design and functionality that Sony has demonstrated over the years in its various devices and gadgets.

But how is this new device used?

The experts ensure that the reverse of this has a silicone mat that can be pressed into the skin.

Through the Peltier effect, the Reon Pocket is cooled or heated by absorbing and releasing heat.

Regarding its use, it is a portable device that can be carried manually by the user, although Sony has another proposal for future users.

The company has been in charge of promoting the use of the Reon Pocket through the special V-neck T-shirts they have designed for this purpose.

These types of shirts have a pocket on the back, so that the Reon Pocket can rest on the shoulder blades comfortably and safely.

These V-neck T-shirts are sold separately and their design indicates that they are to be worn under a coat; however, these types of clothing could go a long way in promoting and using Sony’s new portable air conditioner.

Regardless of whether the user decides to use the device manually or place it on special clothing that Sony has designed, the Reon Pocket works by means of a special application.

Through it, the user can configure the temperatures according to their own needs, starting from three levels of cooling or heating, as well as an additional mode that enhances the temperatures for a duration of up to two minutes.

It also has a control to regulate the speed of the ‘fan’.

The user will also have the option of configuring automatic modes that are activated when the device is turned on by means of the button, instead of by the application.

Charging for the Sony portable air conditioner can last up to three hours, and it weighs approximately 80 grams, which makes it easier to use under clothing without being obvious.

Experts have mentioned that it is best to program the device and place it on clothing before leaving home or add more layers of clothing.

In addition, some users have expressed that, in practice, the Sony device has made a difference when taking walks in high temperatures.

In one of the tests that have been carried out, users have reported that the sensation of heat decreases considerably, even if people are doing physical activities in the sun.

Sony creates an air conditioner that can be attached to clothes: Meet the Reon Pocket

In practice, the Reon Pocket does not necessarily prevent the user from feeling the sensation of heat, but it does alleviate the temporary discomforts that these can cause, especially when configured according to the user’s needs.

Although useful, one of the criticisms it has received responds to a question of practicality; experts have come to wonder how functional it is and how practical it is for users to integrate a device of this type into the clothing they wear during the summer.

This would also have to do with a question of style and with the clothes that people generally wear during the summer, the period in which the use of the Reon Pocket is most promoted.

Finally, it is also important to take into account the prices of this device. Sony has started promoting it exclusively in Japan with a price tag of $ 122; In addition, they sell the beige and white shirts separately, at a cost of $ 17 each. 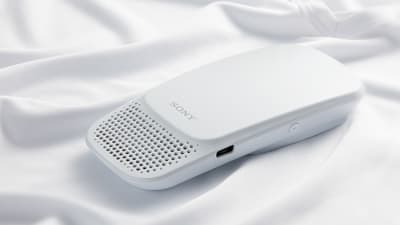