Snapchat refuses to die, and in an intIn order to compete against TikTok in a market already saturated with social networks, the short videos app has implemented the ‘Spotlight’ function, with which it will allocate a budget to encourage its users to create content.

Do you want to meet her? Continue reading!

Snapchat has decided to make firm decisions to face its closest competitors, especially TikTok, which has become direct competition for other social networks.

For this reason, the company has decided to launch a new feature that they have called ‘Spotlight’.

This feature aims to incentivize Snapchat users to generate creative content, and to achieve this they will pay a hefty sum of money every day.

The dynamic proposed by Snapchat is as follows: when users decide to publish a photo or video, they will have the option to also send that post to the ‘Spotlight’ function.

There, the most creative posts from users will be stored and visitors will be able to access that content.

How do they intend to achieve it? Snapchat knows that TikTok is the trend of the moment, but it will not stop trying to compete with the app.

For this reason, they will allocate the amount of $ 1 million dollars a day to encourage their most active users to participate in this new function.

According to the site The Wrap, payment to users will be determined based on the number of unique views the post receives, and as long as it is at least 16 years old.

One of the main attractions of this new feature will be that anyone can participate, regardless of their number of followers. For the time being, users in the United States, Canada, Australia and the United Kingdom will be able to do so, although it is expected that this function will soon reach other countries.

Although TikTok has positioned itself as one of the most prominent networks in the last year, it is not all bad news for Snapchat, with an increase of 11 million users reported in the last month.

Competing with TikTok: An Impossible Task?

Everything seems to indicate that competing with TikTok has become one of the main goals of important applications such as Snapchat, Facebook and Instagram.

Recently, Instagram launched the ‘Reels’ section on its main page, which many experts and users considered a strategy to deal with the high demand that TikTok has had in the last year.

Along with Tik Tok, there are also other applications that have served as ‘inspiration’ to create new functions on platforms such as Instagram and Facebook.

In addition to the ‘Reels’, stories are increasingly present on social networks: from Facebook to LinkedIn, special functions have been created for users to share their day to day or create content.

Snapchat is known for being one of the pioneering applications in the publication of short stories and, since then, different platforms decided to compete with it to stay current.

Another social network, Twitter, also included this feature just a few weeks ago, although it has not been determined how successful they have been among users.

One of the data that has been released about the stories on Spotify is that it will be possible to access the videos by clicking on an icon that appears in the upper left of some playlists.

But what is the success of the stories? The style of Snapchat, TikTik, Spotify, Instagram and Facebook is similar, although the audiences that access them are different, depending on age, tastes and interests.

There is no doubt that the stories show an upward trend throughout the course of 2020, and this is expected to continue throughout 2021.

Some decisions are not always welcome; For example, the Twitter platform received strong criticism for implementing stories on its home page, which is why Spotify will take on the task of contemplating its long-term options to determine if this type of feature will be useful to you.

Spotify made it clear that the stories will only be a pilot test, and that they will not make hasty decisions to launch them in bulk; furthermore, they are still not sure that this launch will happen.

A spokesperson for Spotify explained that “At Spotify, we run a series of tests on a recurring basis in an effort to improve the user experience. Some of these tests often pave the way for a broader user experience, and others serve only as a means of learning. So far we have no more news to share about our future plans. “ 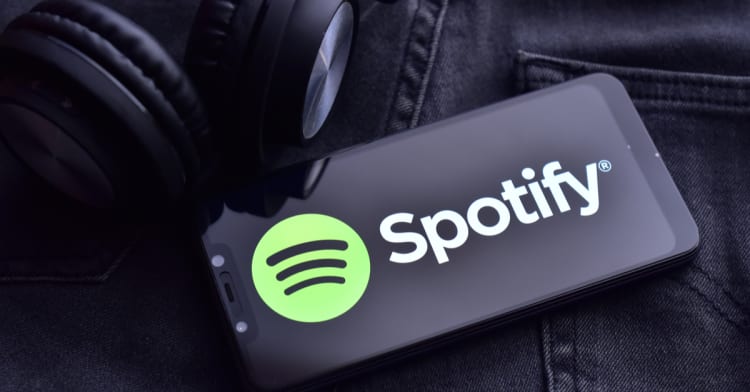