Is it possible to make batteries from nuclear waste? Not only that, but each of them is cheaper to manufacture than those currently on the market.

Do you want to know more about this revolutionary invention? Continue reading

According to the environmental portal gestoresderesiduos.org, the battery industry could greatly benefit from a revolutionary invention from California-based NBD (Nano-Diamond Battery).

According to this report, scientists from all over the world are constantly in search of proposing new alternatives; With this recent find, batteries would not only be easier and cheaper to manufacture, but would last for thousands of years without being charged.

These are nanodiamond batteries, which can have a useful life range from ten to 28,000 years.

These work as a kind of small nuclear generators that have a much lower density than the lithium ion batteries currently on the market.

One of the benefits of this type of battery is that they have been classified as ‘safe’, and their use in electric cars would not present any inconvenience, even in cases of accidents.

One of the data that attracts the most attention is that nanodiamond batteries are made from nuclear waste, materials that are considered dangerous, and their storage is expensive.

To function, the batteries use purified graphite which creates tiny carbon-14 diamonds that act as heat sinks that collect and transport the charge.

A layer of carbon 12 diamond covers the entire material and prevents radiation leakage.

According to waste managers.org, “The battery cell is created using several layers of nanodiamonds with a small integrated circuit and a small supercapacitor to store and distribute energy quickly.”

For its part, NBD ensures that this type of battery can be manufactured in different sizes, which contributes to its use in all types of cars and devices.

A positive factor to take into account is that the company that manufactures these batteries is certain that the radiation emitted by them will be minimal, making it useful to perform device implants in the body, such as pacemakers.

The invention not only represents the possibility of reusing waste, but also the possibility that humans have batteries that can last a lifetime and contribute to nuclear waste having a positive, and not negative, impact on environment.

Likewise, the portal ensures that the company has already developed its own test, and very soon it is expected to have a prototype capable of being commercialized as soon as the laboratories are given the green light to work in person.

If the tests are successful, these batteries are expected to be available within two years.

Battery Health: A Bigger Matter Than Some Consumers Think

Although the new model of nanodiamond batteries proposed by the company NBD is still pending to be launched on the market, it is important to identify the appropriate use to guarantee the performance of current models.

Regardless of the device in which they are used, experts say that not using electronic devices for months could cause irreversible damage to them.

For example, if you stop using a device for several months, even though it is new, it is possible that when you want to turn it on, it may not work the same or simply cannot be charged.

This is due to the model of batteries that the devices use. Some types of batteries can deteriorate if left discharged for a long time.

Of course, it’s not just about making sure your device works properly, but about avoiding complications that can be risky.

There are batteries that can remain discharged without causing major problems; however, there are some others that, if they remain discharged for a long time, could undergo chemical reactions capable of putting your integrity and that of the equipment at risk.

What do the experts recommend? The answer is simple: continuously charge all your electronic devices, regardless of whether you use them every day or just a few times a week.

A curious data? Experts are certain that the devices most at risk of failure are those that are used sporadically.

If you follow the advice from scientists In charge of the operation of the batteries, you will realize that the general recommendation is to let your devices discharge until they reach a 5% charge. You should take into account that this is a practice that should not be done regularly, and that in daily practice your devices must have at least 20% charge.

This would not be a problem with nanodiamond batteries, since they have a potential useful life of between 10 and 28,000 years without suffering any effects on their quality or performance.

Obviously, until such time as these types of batteries are available on the market, experts recommend taking care of our electronic devices with a practice as simple as the periodic charging of them. 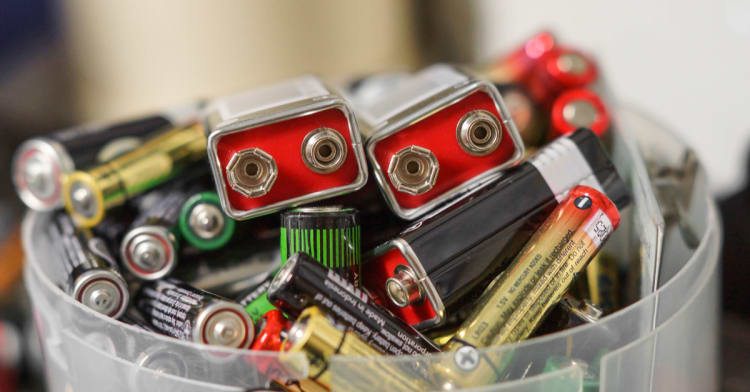