Iran vowed on Saturday to avenge the killing of nuclear scientist Mohsen Fajrizadeh, of which accused Israeli “mercenaries” under Washington’s command, exacerbating the tension as change looms in the White House.

In a few weeks the term of the Administration of Donald Trump ends, which has applied a policy of “maximum pressure” against Iran, but any destabilizing action may hinder the eventual efforts of the president-elect, Joe Biden, of achieve a détente with the regime of the ayatollahs.

The Iranian authorities are aware that the stakes are high. However, as usual, they have spared no threats against those allegedly responsible for the attack on Fajrizadeh, considered by the West and Israel as the leader of the former secret program to develop nuclear weapons from Iran.

The Iranian Supreme Leader, Ali Khameneí, ordered in a message to the competent authorities “the investigation of this crime and the definitive punishment” of its material and intellectual authors, whom he described as “criminal and cruel mercenaries.”

For the moment, no arrests have been reported or the death of any of the perpetrators of the ambush, perpetrated near Tehran by armed men who fired at the scientist’s vehicle.

Will respond to murder

The commander-in-chief of the Revolutionary Guard, Hosein Salamí, warned that the perpetrators of the assassination of the current head of the Research and Innovation Organization of the Ministry of Defense will receive a “harsh revenge”.

“Those crimes will not undermine the determination of the Iranians to continue on this glorious and powerful path. A serious revenge and punishment of the perpetrators is already on our agenda,” he added.

Also the president, Hasan Rohani, assured that his country will respond to murder of the scientist and who will “at the right time and in the right way”. Shrewdly, “without falling into the trap of the Zionists,” he argued.

“Once again, the evil hands of world arrogance (USA) with the mercenary usurping Zionist regime (Israel) were stained with the blood of a great son of this nation,” Rohani lamented in a televised speech. 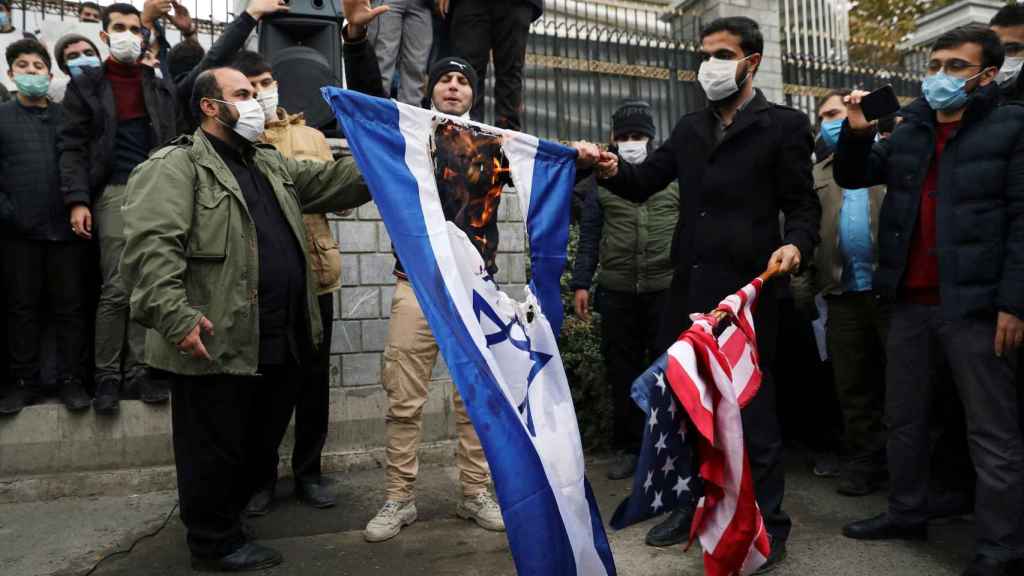 Protesters burn the Israeli and US flags to protest the assassination of Mohsen Fajrizadeh.

This crime reminds other murders of scientists linked to the Iranian nuclear program that occurred between 2010 and 2012, for which Tehran blamed the Israeli foreign secret service Mosad.

In Israel, authorities have declined to comment on Iran’s allegations, but they have put their embassies on alert, fearing retaliatory attacks.

It was in fact the Prime Minister himself, Benjamin Netanyahu, who pointed out Fajrizadeh two years ago as the leader of the supposed secret Iranian military atomic program, and who just a few days ago urged the US not to return to the nuclear agreement signed in 2015 between Iran and six great powers.

Meanwhile, the newspaper The New York Times reported, citing a U.S. official and two intelligence sources, that Israel was behind the attackAlthough Washington has not officially spoken a word on the subject.

Both Netanyahu and Trump have insisted that Tehran seeks to develop the nuclear weapon and that it did not end the alleged secret program in 2003, as indicated by the UN. Iran, for its part, has always argued that their nuclear activities are peaceful.

After the murder of the scientist, the UN urged “to avoid any action that could lead to an escalation of tensions in the region”, where groups allied to Iran such as the Palestinian Hamas and the Lebanese Hezbollah have already raised their voices.

For its part, the European Union recalled that “in these uncertain times, it is more important than ever that all parties remain calm and exercise maximum restraint.” 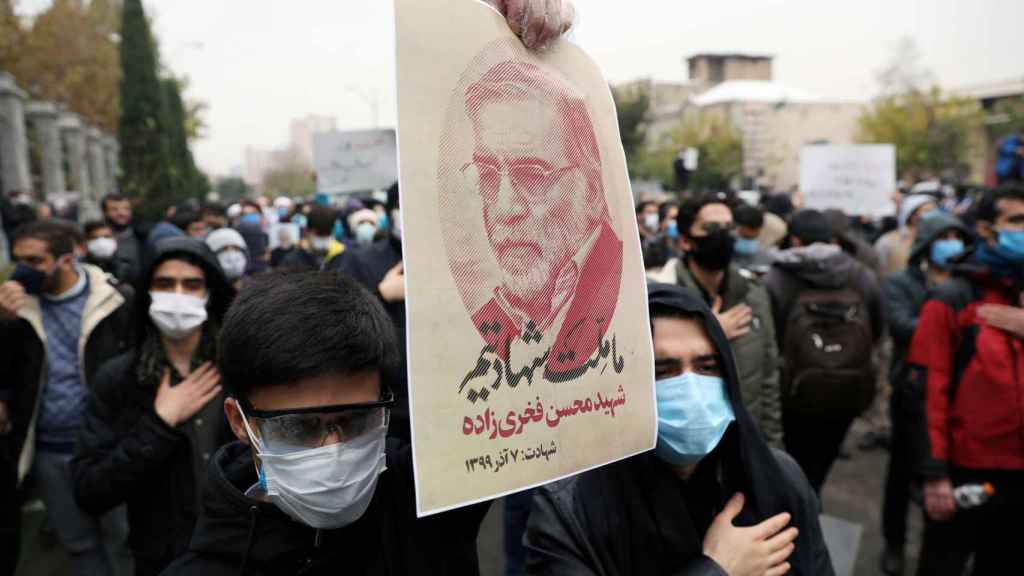 Dozens of people have come out to protest the murder in Tehran.

The crisis unleashed last January, when the US assassinated the powerful Iranian general Qasem Soleimani in a targeted bombardment near Baghdad, is still very present in the collective memory, and Tehran responded with a missile attack.

“They are thinking of creating chaos and riotsbut we have learned of their plans beforehand and they will not be able to achieve their evil goals, “Rohani commented in his speech.

According to the president, “this brutal assassination” shows that both the US and Israel are nervous given the early departure of Trump from the White House and the arrival of Biden, more likely to return to the nuclear deal with Iran.

The Trump Administration intends to impose more sanctions on Iran and it was recently revealed that the outgoing president consulted with his advisers about the possibility of conducting a military attack on Iranian nuclear facilities.

All with the aim of making it difficult for Biden to return to diplomacy and the nuclear agreement, which has been very weakened since the US withdrew from it in 2018 and reimposed sanctions on Iran, which has reduced compliance with its commitments in retaliation.

Although logic pushes Iran to prudence at a time when it could see sanctions eased, internal pressures from conservative sectors also pose a threat to both the nuclear pact and the regional situation.

The Iranian Parliament is planning call tomorrow for an end to IAEA nuclear inspections, while a group of young members of the Basij paramilitary force today demanded that the Government not negotiate with the US, in a protest at the headquarters of the Foreign Ministry.

“The negotiation is a betrayal,” read one of the banners of the protesters, who burned the Israeli and American flags and photographs of Trump and Biden shouting “death to the United States” and “death to Israel.”