Smoked beet nectar deglazed with white balsamic vinegar and roasted squash with lemon ointment, as a starter. “Kefté“lamb with sumac, red cabbage in a stew, turnip with honey and sweet potatoes as a dish. And finally texture of melting madeleine with poppy seeds for dessert: at 11:30 am, Tuesday, the queue was already long for this basket -meals at 24 euros.

“It’s been two years since I had this + food-truck + project in me“Alexandre Mazzia told AFP.

And it is with the new containment to fight the coronavirus epidemic that “Michel“park at the beginning of November on the Prado, one of the most famous boulevards in Marseille, a stone’s throw from its restaurant.

He names it “Michel“, in tribute to his grandfather, a fisherman from Ile-de-Ré. The success was immediate, with up to 200 meals served per day.

On the few square meters of the truck, they are new to work, in a millimeter choreography. Plancha, barbecue, salamander (slow combustion stove), steam cooking, space for burnt-smokes: “All cooking is done on site“, explains the chef, as best he can wedging his 195 cm basketball player in this tiny space.

Three other employees go back and forth to the restaurant, where preparations are made. For two hours of service, everyone is on deck from 8:00 am: “We are needy, workers“, smiles the conductor.

Certainly, “Michel is not yet profitable“. “The idea is not to undergo this confinement, to keep your head above water, to maintain the passion, like training, even if the match is different.“, insists Alexandre Mazzia.

After the Covid, this project will continue in a city already known for its very popular pizza trucks.

“There will be the restaurant again, but the food-truck will remain“. Something to reassure Denise, this neighborhood granny, who came”test these flavors her children told her about“. Or those two students.”discovering a cuisine that they could not afford“.

In the heart of the city, on the forecourt of the Intercontinental hotel, at the bottom of the historic Panier district and opposite the Vieux Port, another “food-truck“honors the gastronomy of the second largest city in France. But, in”The sardine box“, the chef is different every night.

Since mid-November, several big hats have stood out: Lionel Levy, starred with “L’Alcyone“, the gourmet restaurant of the Intercontinental, Ludovic Turac, of”A table in the south“, another star in the city. Or the young Coline Faulquier, from”Signature“, top chef 2016.

Another difference with “Michel“, this food-truck is first and foremost a point of sale. Each chef cooks in his own restaurant.”It’s a + drive + solidarity to give a hand to friends in the wet“, explains Lionel Levy, at the origin of this initiative with the Gourméditerranée association, which brings together around sixty chefs.

During the first confinement in the spring, Gourméditerranée served 25,000 meals to homeless people and Marseille hospital staff from the kitchens of the Laveran military hospital.

“This time it’s the restaurants that are in need“, insists Philippe Zerah, treasurer of Gourméditerranée and boss of”1860 the palace“. In Marseille, restaurants and bars were closed a few days longer than in other cities in France, in September due to the number of positive cases for Covid-19.

“It’s more moral support than financial support, but it brings their cuisine back to life. And for some, in one evening, it’s still half the rent they can pay“.

“3,000 or 4,000 euros in turnover at least every evening, it’s a breath of fresh airLionel Levy insists.What I won tonight will make me live a month“, admitted one of the guest chefs. 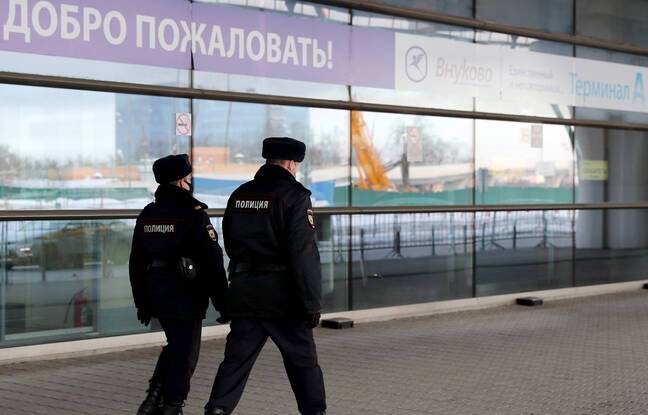