An overwhelming majority of Spaniards consider that Morocco is acting in a hostile way and is complicit in mass immigration that these days the Canary Islands have overflowed. This is confirmed by the SocioMétrica survey that EL ESPAÑOL will publish tonight in the Edition, a preview for its subscribers, and from 3:00 am on its website.

The SocioMétrica survey confirms this opinion in all Spanish citizens, with very slight differences among those who opted for left or right parties in the last elections. Whether they are nationalistic or national in scope, the opinion of the voters does not waver too much.

The neighboring country is one of the termination stations for people from all over the African continent before making the leap to Europe, looking for better opportunities. More now, than the Mediterranean routes that started from Turkey, Libya and Algeria have been or blinded or better controlled in the last year.

And traditionally, Morocco has used immigration policy as a method of pressure on Spain to force negotiations or divert the attention of its citizens in situations of internal problems towards an external rival. Both circumstances exist at this moment and at the same time.

The government of the king Mohamed VI is pressuring Spain to get more funds with which equip your security forces. And also the coronavirus pandemic has affected its economy in a less perceptible way in the official figures but more profound in reality.

According to the Economic and Commercial Office of Spain in Casablanca, the shadow economy accounts for around 21% of non-agricultural GDP in the neighboring country. But it is that in the commercial sector the figure reaches 68%, in road transport of the 32% and in the agri-food industry it is calculated around the 26%.

All of these sectors have been especially hit by lockdowns and other restrictive measures related to Covid. Sources from the Spanish Interior Ministry confirmed to this newspaper that the lack of demand in those sectors for the tourism crash -external and internal- and the absence of a network of Homologated welfare state that of Western societies has been able to motivate “the wave of candidates” to leave the country by boat.

“And it must also be added that the security forces are more focused on maintaining compliance with the restrictions,” they add from the department of Fernando Grande-Marlaska.

The Sahara and Podemos

But the truth is that respondents do not believe in these explanations and see the Moroccan government’s hand in this wave of boats, which has already led to more than 17,000 migrants to the Canary coasts. Above all, taking into account that this is not the only front opened by Rabat with Spain. Right now, there are three scenarios in which Morocco harasses Spanish interests or with historical responsibility for our country.

There is only some nuance of majorities if the opinion of the sympathizers of the PSOE and United We Can with the rest of the respondents. Perhaps because it is part of the Government and the responsibilities in international relationsFewer socialists blame Morocco even than purple ones. In the sympathizers of Pablo Iglesias undoubtedly influences his determined support for a self-determination referendum in Western Sahara so that their position on Rabat is not friendly.

For months, the Executive of Mohamed VI has sealed the borders of Ceuta and Melilla, suffocating the traditional commerce of the two Spanish autonomous cities in North Africa. And just two weeks ago, the Moroccan Army did Armed incursions into the territory of Western Sahara, breaking the ceasefire agreed with the Polisario Front more than two decades ago.

Right now, the dock of the port of Arguineguín is collapsed, still with more than 1,000 people sleeping in the open, in a makeshift facility by the Red Cross for no more than 400 immigrants.

And after a year in which the problem has been left unsolved, according to the Canarian Government, only in the last two weeks has the central Executive reacted, presenting two shock plans in a row. In addition, the First Vice Presidency has ordered the Ministry of Defense to mount a first provisional camp in Barranco Seco, with capacity for 800 people, since I already anticipate several more to reach 7,000 places.

SocioMétrica data, which points to almost unanimity, are available from 10.00 pm in The Edition for subscribers [suscríbase].

2,088 random surveys have been completed, through SocioMétrica’s own online panel (n = 7,100), representative of all of Spain, managed through the Gandia Integra platform (c), between November 19 and 21. The resulting subsample has been weighted for the total national census by sex, age, municipal size, rural / urban habitat, and employment status, and reweighting by vote recall in the 10-N elections. As it is a non-probabilistic sampling, there is no sampling error, but convergence by interaction for the national total, which is 97% according to the algorithm implemented in Barbwin de Tesi (c). Sociométrica is a partner of Insights + Analytics Spain, a business branch, a Data Science association that integrates Aneimo and Aedemo.

AMLO asks Mexicans to cancel Christmas parties due to coronavirus

Uncertainty when hiring an employee

First rally after the election: Trump continues to see himself as a winner 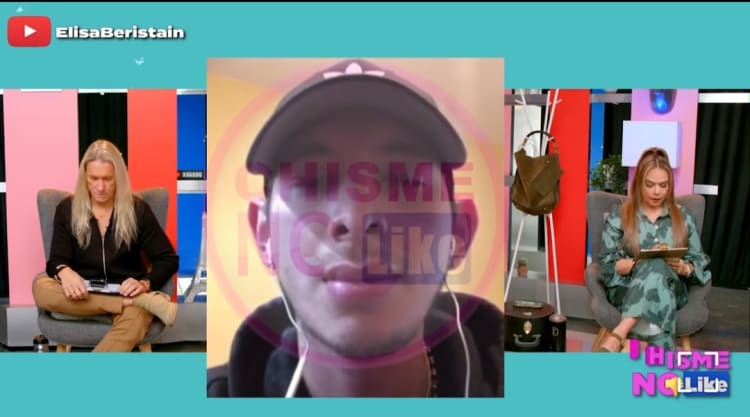