Up to 55 times the Ethiopian Prime Minister, Abiy Ahmed, repeated the word “peace” in his speech to collect the Nobel Prize in 2019. Today, Ethiopian forces have been bombarding the northern region of Tigray, turned into a sinkhole for refugees and the epicenter of an international conflict.

“There are those who have never seen war and they glorify and idealize it. They do not know fear, they do not know fatigue, they do not know destruction or anguish, “Abiy said on a historic December 10 in which the world recognized his leadership in normalizing relations between his country and Eritrea, two decades after a conflict (1998-2000) that left at least 80,000 dead.

“War is the epitome of hell for its stakeholders. I know because I was there and returned, “continued who, as a teenager, joined the Army as a radio operator, and assures that would have died in an Eritrean artillery attack if he had not abandoned his trench in search of a radio signal.

However, that same animosity towards weapons that dazzled the West, enraptured by the vision of a then 43-year-old president who promised in the Horn of Africa a oasis of “peace and progress”, has been cracked in recent weeks, with hundreds dead and more than 34,000 Ethiopians displaced to Sudan.

A snapshot of Tigray, Thursday.

Since last November 4, Abiy has deaf ears to the calls of the international community, including from the Nobel Committee itself, who ask it to de-escalate the offensive in the north and to dialogue with the Tigray Liberation Front (TPLF); party that he accuses of corruption, violation of human rights and violation of “constitutional order.”

Reluctant to any hint of peaceEthiopians even from the same family are now facing each other on the battlefield; TPLF rockets fell on Saturday in Asmara, the capital of Eritrea and whose troops allegedly support the Ethiopian government, and analysts fear that Egypt or Sudan are the next powers to participate in this contest.

“Abiy Ahmed has probably been too aggressive in his push for reform. To do this, he has relied on old tools at his disposal, leading to a renewed repression, tensions and (new) political prisoners, “the Kenyan newspaper alleged in an editorial on November 14 The East African.

Since he came to power in 2018, his desire to forge, almost at any cost, a united Ethiopia under the philosophy of “Medemer” -which in Amharic means “synergy” and whose concept he uncovered in a book of the same name- has been the origin of a strong animosity among the Tigrinas; which, despite representing 6% of a population of 110 million, dominated Ethiopian politics for 27 years.

Many Oromos, whose Abiy region is native and who also constitute the largest ethnic group, also consider him a repressive leader, incapable of defending the nationalist interests of Oromia and does not hesitate when it comes to imprison your opponents. 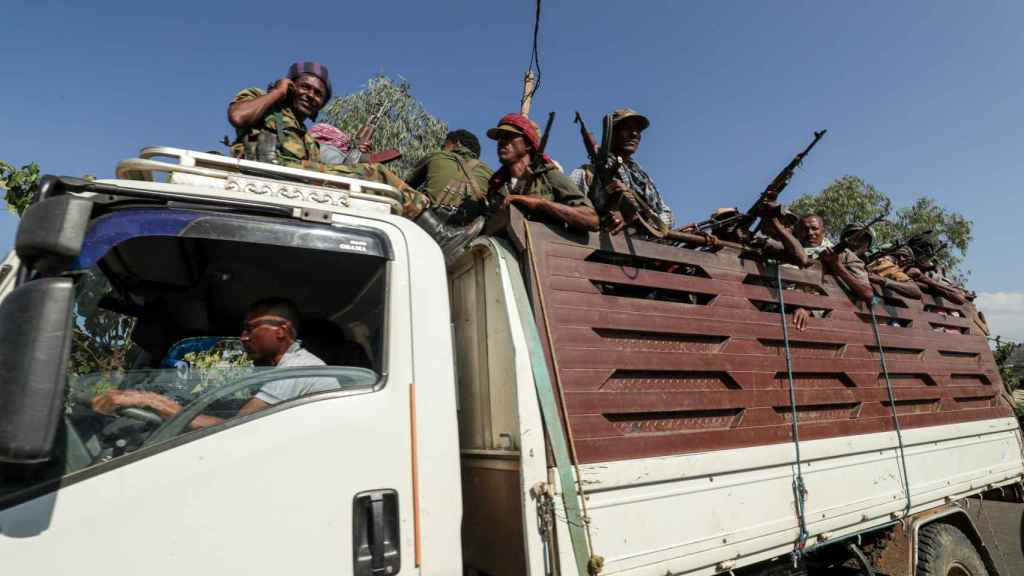 A truck with armed men in Tigray.

“Let’s not forget that there is a second armed insurgency in the center of the country, in the Oromia region, with Armed Oromo rebels fighting the Government on the south and west flanks, “Dino Mahtani, the deputy director for Africa of the International Crisis Group (ICG), reminded Efe.

In late June, the murder of a popular Oromo singer-songwriter led to the worst occurrence of intercommunal violence in Ethiopia since its democratic transition, with mass protests in Addis Ababa and throughout Oromia, in which at least 167 people were killed and thousands of them arrested, including Oromo activists critical of Abiy’s policies.

According to the Government, the TPFL attacked a federal military base in Tigray in early November to steal weapons, an event that he denies but that served as a “casus belli” for Abiy. In the eyes of the TFPL president, Debretsion Gebremichael, this is really a “punishment” against his region after months of rebellion.

In what was perhaps the point of no return in this conflict, the TPLF held some parliamentary elections considered “illegal” by the federal government, as they had been postponed to 2021 due to the Covid-19 pandemic.

Since October 5, the date on which Abiy’s presidential term theoretically expired, the Tigray government does not recognize any authority from the central Executive. Less than a month later, missiles and rockets Federals fly over its mountainous landscapes.

All of this also occurs in a context without internet, telecommunications and with blocked roads, which makes it difficult to verify on the ground what is happening beyond the account of exhausted refugees who walk up to 30 kilometers to reach Sudan, or of NGOs already talking about a “humanitarian crisis”.

The International Committee of the Red Cross (ICRC) warned this Wednesday that missing “hospital beds, mattresses, blankets and sheets”, in addition to medical supplies, as a result of the site that Tigray suffers. At Gondar University Hospital, in the border region of Amhara, some 400 wounded have already been treated.

Ethiopians who fled from Tigray, settled in Hamdait.

Meanwhile, international reporters have seen his visa denied, pEthiopian eriodists have been arrested for disseminating “false news” and dozens of Army officers – most of them of Tigrian origin – have been arrested and accused of “treason” in movements reminiscent of the lack of freedom that prevailed under the iron rule of Tigria.

“I promise to work for peace every day and in all seasons, “Abiy concluded before the cameras when he accepted the Nobel.” I have miles to go on the road to peace, “he said less than a year ago without being aware, perhaps, that he was lying.