A vaccine for January, hopes Arruda - The Canadian
Skip to content

The national director of public health, Horacio Arruda, foresees the arrival of a vaccine in Quebec at the beginning of 2021, but he does not expect the return to normal life to be done so quickly.

“It is possible that we have a vaccine, even in Quebec and Canada, at the start of winter, [en] January, February next, ”he said on Thursday. “But we must not tell ourselves either [des histoires] thinking that everything will be over in June next year, ”he immediately added.

The Dr Arruda located the return to normal somewhere between the beginning of summer and the arrival of the year 2022. He also stressed that the arrival of a vaccine will not immediately put a stop to the pandemic. “You have to see that the higher you start, the longer it takes to decrease,” he said of the “quantity of virus” circulating in Quebec.

“It is sure that all of this will depend, in my opinion, on the vaccine we are going to have and to what extent the vaccine will be effective in preventing cases and complications, particularly in people at high risk and among our healthcare workers, ”he added.

In his opinion, a “certain equilibrium” of functioning – which will involve the maintenance of measures such as social distancing – will have to be established. In this sense, the month of November will be a “very good test for us”, declared the Minister of Health, Christian Dubé.

“With the cold, [les gens] go inside and, when you go inside, the air is drier, ”declared the elected official. “Restaurants and even homes are less ventilated. […] The virus tends to spread much more easily “indoors, especially because people tend to” let their guard down “and move closer together. After discussions with the French Minister of Health and public health experts, Mr. Dubé concluded that “what we are seeing in Europe at the moment [a] a link with temperature ”.

The CISSS de la Montérégie-Center has also confirmed the suspension of the manager responsible for the CHSLD Sainte-Croix de Marieville, following an outbreak that has caused 25 deaths so far.

This manager was “relieved of her duties” at the request of the CEO of the CISSS as part of an internal investigation launched on October 13, said spokesperson Martine Lesage. She is temporarily replaced by the director of support for the autonomy of the elderly of the CISSS de la Montérégie-Center, Brigitte Brabant.

“It’s a decision that falls to the CEO of Montérégie-Center. […] There was an analysis of what happened, in particular at the CHSLD de Sainte-Croix, and after analyzing the facts, there was a decision that was taken by the local official ”, commented Minister Dubé. . The decision, he added, “was made in a context of responsibility and accountability.”

In an interview with Cogeco last week, Francois Legault said some managers were starting to “get squeezed”. The case of the manager of the CHSLD Sainte-Croix is ​​so far the only one to have filtered through the media.

In this establishment, 79 users have been infected with COVID-19 since September 30, the CISSS de la Montérégie-Center reported. “We have 25 deaths and 17 residents recovered. Among the staff, we have 31 employees infected and withdrawn from work out of 73 people infected since the start of the outbreak, ”wrote the CISSS in a statement reporting people infected, but asymptomatic. An internal investigation was launched on October 13.

We no longer skimp on rapid tests 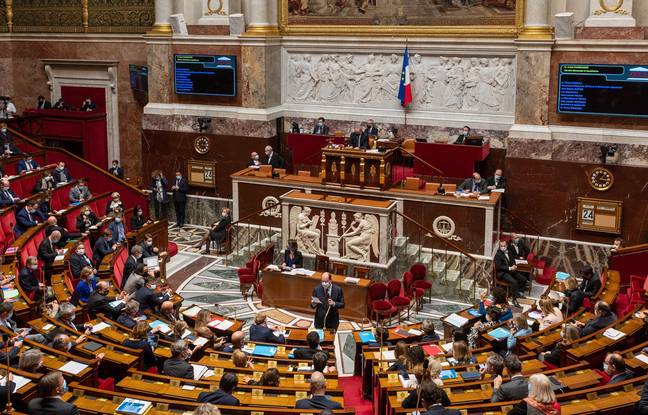