Ali Nestor is living proof that it is possible to stumble, but also to get up beautifully afterwards. The journey of this veteran has always been inspiring for street youth, but also for the rest of the population.

His book Me, Ali Nestor – Little prince of the street, which launches Wednesday, lets readers learn about the journey of this veteran who was once a member in good standing of a street gang.

“I started writing the book in 2003,” explains Ali Nestor in a generous interview with The Journal de Montreal. Originally, it was not supposed to be a book, but a manuscript or a journal for youth centers and schools.

“I went on a trip and thought I would write this in two weeks. It didn’t happen. Then, after being on a radio show for the past few months, an editor asked me to write a book. The only thing I asked was that I didn’t want anyone to misrepresent my words. “

So it took him 17 years to complete the book on his journey in street gangs and his redemption.

Ali Nestor after a victory against Patrick Tessier (2009).

Nestor’s book, the preface of which is signed by Justin Trudeau, Denis Coderre and David Heurtel, is the logical continuation of the work accomplished by his organization “Ali and the Prince.sse.s of the street” over the past 19 years.

It was not always easy for Nestor to find the necessary support to enable him to bring his initial project to fruition.

The Haitian-born Quebecer never doubted his vision even when he was in his small gymnasium in Saint-Léonard, in eastern Montreal. Today, it has a center where combat sports and education come together under one roof. His dream has come true.

“I fought to gain recognition for the effectiveness of my program,” says Nestor. We knocked on every door, but we didn’t get help.

“Many people took a dim view of helping young people through combat sports. There was a lot of prejudice against street youth.

“If I hadn’t persevered, we wouldn’t have the same media impact today. People better understand the situation of young people in difficulty. “

Ali Nestor Charles made a successful return on September 5, 2009, to the Claude Robillard Center, when he captured the Quebec middleweight title with an eight-round unanimous decision victory over Longueuil’s Patrick Tessier.

Each person has their recipe for happiness. Nestor’s one does not include many ingredients.

“My greatest achievement is being able to come here [au centre d’Ali et les Prince.sse.s de la rue] every day and to be able to see the evolution of young people and give them the possibility of having a better future. “

Nestor’s organization welcomes around 300 young people per year. The former boxer does not know his success rate. On the other hand, his pay is not only monetary.

“Not long ago, there was a young man who came back 15 years after his visit to us,” he explains. At first, I didn’t recognize him. He now has four children and he does a job he loves.

“It allowed me to confirm to myself that I am not doing all this for nothing. He told me that his stay with us was a highlight in his life. It does not have a price. “

This type of testimony helps soften stories that go wrong.

“I know young people who have died by suicide. Each time it stabbed me. When these sad events happened, I questioned myself about what I was doing and about my mission with young people. “

Are today’s young people different from those they saw at the turn of the 2000s?

“It’s the same dynamic. Drugs and guns are much more accessible. You can get them around the corner quite easily.

“I have a good enough relationship with my kids to know certain things and I will walk in certain circles. We are there to provide support and not to piss off anyone. “

In his book, we discover that Nestor did not open up easily with the workers in the youth centers he attended during the turbulent periods of his life. He was an oyster until the day he met Michel Jetté who subsequently became his mentor in his mission with young people.

“The bond of trust is sometimes difficult to find. With Michel, I didn’t feel any insistence or authority on his part. It is a method that I have kept. Young people need to feel that they have an ear that can listen to them without judging them. “

Nestor is no different from other boxers or fighters. The flame for combat is always very present inside him.

“You can’t make it disappear,” he stresses. However, we can take it elsewhere. My mission with Ali and the prince.sse.s allowed me to make a smooth transition between the end of my career and my future as a citizen.

“Now, my fight, I do it with young people on a daily basis. I am only a tool for them. When they do, it’s because they used the right tools to do it. “

With his organization, Ali Nestor has been able to make a difference in society for almost 20 years. We can think that it will be the same with his book.

Some passages from the book

About his friendship with Dan Bigras

“Meeting Dan was like getting to know myself. Our first contact was a look, a deep observation, and the second was in my ring in combat. “

On racism in Quebec

“Discrimination is certainly less visible, but it is still so present, and, in my opinion, that is what makes it dangerous. “

“There is no question of losing myself in my wounds and living in regret. In life, it is not because we come from far that we cannot go far. “

On the importance of his mother in his life

“My mother is my spark plug. His words make me aware of the pain of living that I feel, an evil that makes me run after my death. “

“With regard to systemic discrimination, in my experience, Quebec is very far from having evolved. “

It is with these words that Ali Nestor concludes one of the chapters of his book on the subject. He does not hesitate to speak candidly about systemic racism in our society.

After the events of the last few months, notably with the “Black Lives Matter” movement, he called his editor back to make some important changes.

“They had been written for a long time and I had walked on eggshells during my writing,” says Ali Nestor. After some incidents that happened, I contacted my editor to ask if I could write passages with my real view of the situation.

“She gave me her approval and I was able to readjust a few passages. “

He tells of several humiliating and violent situations of which he was the victim during his childhood and adolescence. The chapter “racial profiling” could open the eyes of many people on this subject.

A place for Indigenous people

When you read Nestor’s book, you might think he is a diviner. He devoted an entire chapter to the racism that Aboriginal people have suffered for decades.

The veteran hit the nail on the head by not knowing that the death of Joyce Echaquan was going to occur shortly before the release of his book.

“People will think that I am referring to this story as I write this part several months ago. Between 2003 and 2020, there is awareness raising.

“On the other hand, at the state level, there has not been much development. People may have evolved, but as long as the structure remains the same, there will always be this form of racism that will exist. “ 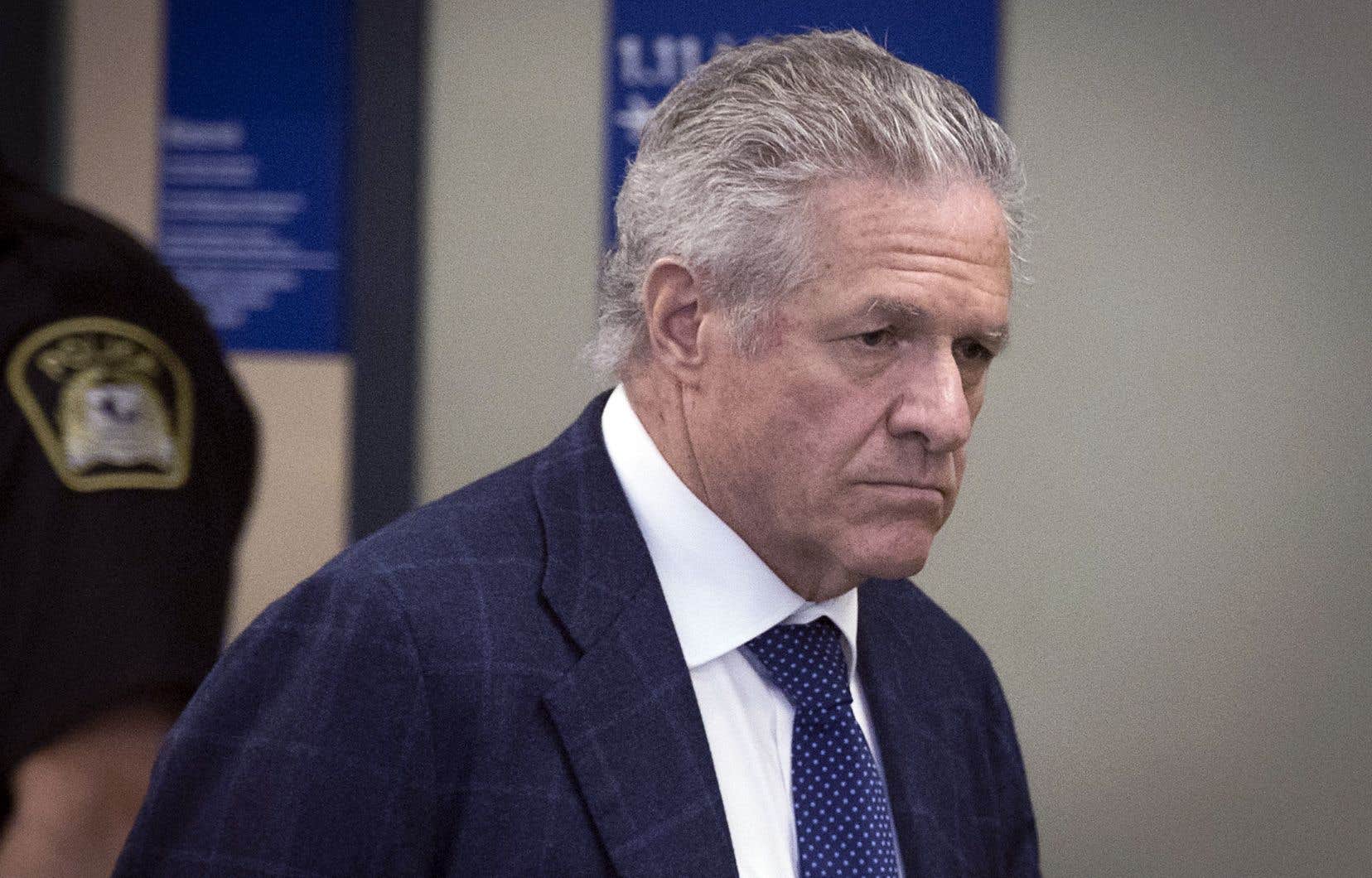 Police are killed in raid for the most UNEXPECTED reason!

Growth to the United States: AddÉnergie topped up with $ 53 million

Wastewater Spill in Longueuil | A “serious” situation, according to Sylvie Parent 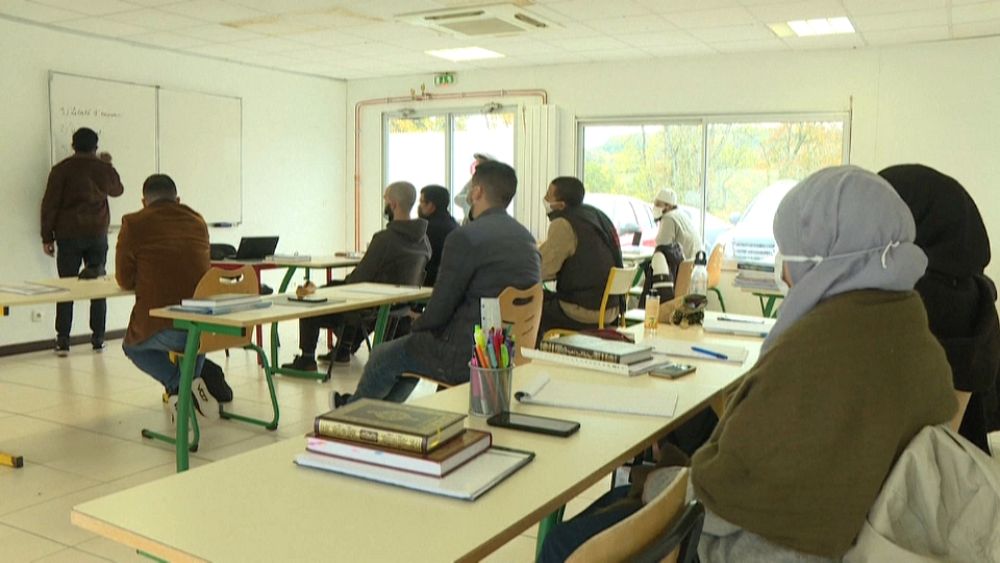 In the Morvan, a school of imams teaches religion “à la française”