A week after a first ceasefire, concluded but never respected, between Azerbaijan and Armenia in Nagorny Karabakh, a new “humanitarian truce” entered into force on Saturday at midnight local time between the belligerents in an attempt to end the conflict. escalation of the deadly conflict.

The resumption of fighting three weeks ago left hundreds dead and after a failed first ceasefire attempt, concluded a week earlier under the aegis of Moscow, the conflict escalated again on Saturday.

Azerbaijan has vowed to “avenge” the deaths of thirteen civilians, including children, who perished the night before in a night-time bombardment of Gandja, the country’s second city. Many houses were destroyed by shelling around 3 a.m. which also left more than 45 injured, according to the attorney general.

The announcement of the truce comes as Russian Foreign Minister Sergei Lavrov spoke by telephone in the evening with his Armenian and Azerbaijani counterparts and insisted on “the need for strict compliance” with the ceasefire. concluded last Saturday in Moscow, according to the Russian Foreign Ministry.

French President Emmanuel Macron for his part “welcomed” the humanitarian truce on Saturday evening, adding that the latter had been concluded “at the end of a French mediation conducted over the last days and hours in coordination with the co -Presidents of the Minsk group (the United States and Russia, Editor’s note) ”.

In Gandja, tearful residents fled in the night, some in pajamas and slippers, AFP journalists noted.

Dozens of rescuers searched for survivors with their bare hands and gathered shredded human remains in black body bags.

“We can’t identify the bodies, we don’t know if we will be able to identify them in the morgue. They are all in pieces, ”said Mayil Chakhnazarov, 36, in horror.

“We are going to take revenge on the battlefield,” Azerbaijani President Ilham Aliyev proclaimed in a speech, calling his separatist enemy and his godfather, Armenia, alternately “dogs” and “fascists”.

Turkey for its part accused Armenia of “war crimes”, while the EU “deplored” these strikes, once again calling on “all parties to stop targeting civilians”.

The city of about 300,000 inhabitants has been hit several times since the start of the conflict, including Sunday when a missile had already killed ten people.

The Armenian separatists had noted Saturday for their part that Gandja shelters “legitimate targets”: air base, staff of a motorized brigade, special forces, center of operations of the Azerbaijani defense, fuel depots and factories of ammunition.

They also accused Azerbaijan of having attacked civilian infrastructure in Karabakh during the night, requiring a response.

A few hours before the strikes on Gandja, shots had targeted the capital of the separatists, Stepanakert, and the city of Choucha, the majority of whose inhabitants had fled since the start of hostilities on September 27.

The separatists claim to have killed thousands of men, admit having had to back down but claim to “control the situation”. Officially, they lost around 700 men, and half of the 140,000 inhabitants were displaced. 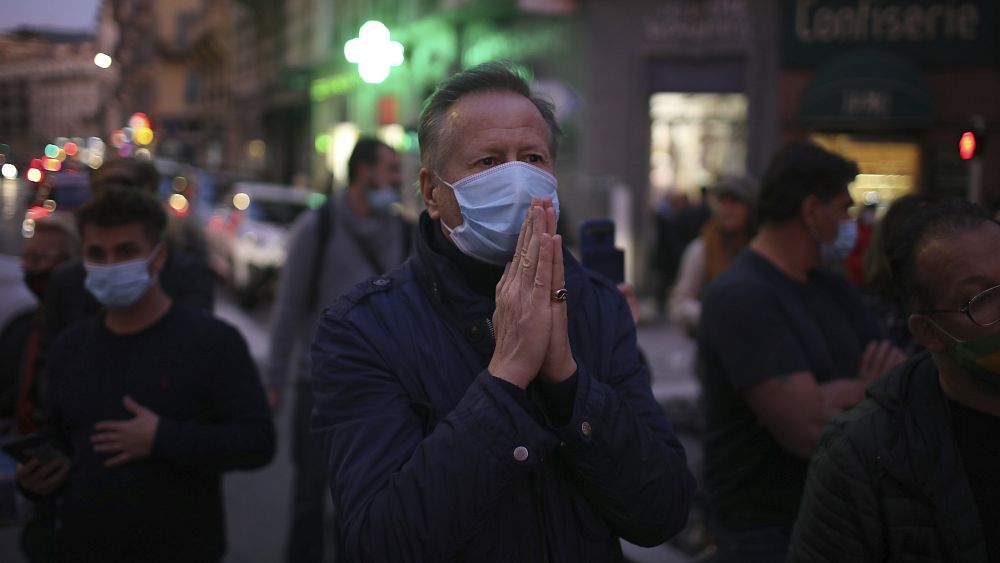 Diego Maradona turns 60: “I think he thinks he’s a god” Because Merkel asks not to travel: Flixbus will stop operating in November

Presidential election in the United States: the eleven key States where the November 3 election will be played

The audio Express offered: What will be the Observatory of secularism tomorrow